Uganda hosts a number of world-class tourist attractions offering wide range of things for tourists to see and do!

These unique attractions make it on one of the most exceptional safari destinations in the East African region. From a good number of the big five game, to hosting the rare mountain gorillas and chimpanzees, there is a lot to see and do while in Uganda, the Pearl of Africa. Explore the amazing volcanoes; hike the Mountains of the Moon and many more.

Uganda is undoubtedly a primate destination with over 480 mountain gorillas compared to its counterparts taking about half of the world’s population, which is about 1000 individuals left in the whole world. The country also features the biggest number of chimpanzees in East Africa with more than 5000 individuals its varied habitat and over 1500 of them thriving in only Kibale Forest, the primate capital of Africa. Kibale is also home to 13 different primate species that all thrive in its jungle. Uganda also refuges the rare golden monkeys, which all describe why this incredible destination is the real primate world.

When it also comes with abundant wildlife, the country offers classic game viewing sessions that bring the true memories of an African safari. On a Uganda safari, you will see many scenic wonders and you will come across the most humble and hospitable people.

With variety of things to view on safari, Uganda is undoubtedly the “Land Gifted by Nature” It is only in Uganda where one spends all the 4 hours and the entire day with chimpanzees, golden monkeys and the rare mountain gorillas while on Habituation Experience.

Most of the unusual tourist attractions in Uganda are confined within its ten national parks each with distinct features as can be seen below;

Mountain gorillas have become the most sought-after Apes in the world today making Uganda one of the only three most incredible countries by trekkers to realize their dreams. Make your dream come true while on a gorilla trek and experience a full hour of face-to-face encounter with a group of these dramatic Apes in their natural habitat. Alternatively, you can spend four hours with a family of mountain gorillas on a Gorilla Habituation Experience.

Beyond mountain gorillas, this UNESCO World Heritage Site is also a home to chimpanzee, over 360 bird species, mammals, reptiles, 220 butterflies, different tree and plant species and many more that wait for you to explore. 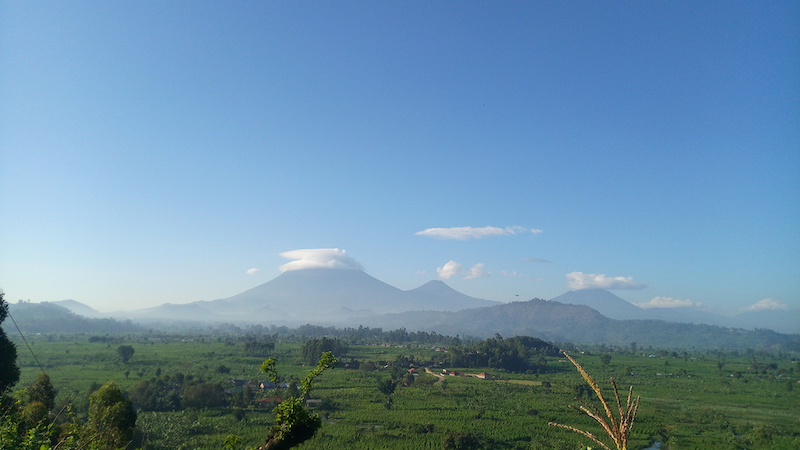 Mgahinga Gorilla National Park is Uganda’s second destination where you can strike imaginations with the rare mountain gorillas! Like its name suggests, this scenic park was created to protect the gorillas that roam through the Virunga Region. The park is also a habitat to the shiny golden monkeys, three of the eight Virunga Volcanoes, several bird species, and more.

The park is a unique treasure to the Batwa, forest pygmies who used to live within the forest. These incredible people lived in the forest for centuries and now they are marginalized people around the Mgahinga National Park and Bwindi Forest.

From the Mgahinga National Park, you can  hike the three distinct Virunga Mountain ranges that are locally known as the Mufumbiro Mountains. The volcanoes, which give hikers and climbers an opportunity to partake hiking adventures in the park.

On your next safari in Uganda, go gorilla trekking, engage in cultural encounters along the Batwa trail and meet the ancient Batwa pygmies who count not more than 3000 today.

Queen Elizabeth National Park is a world biosphere reserve. This national park is one of the most sought after safari destinations for game viewing in Uganda. Its biggest highlight are the rare tree-climbing lions that you can see within the Ishasha sector.

The park is also home to a variety of wildlife including African elephants, Buffaloes, Leopards, crocodiles, the largest number of hippos in Africa, antelopes, and more. You can also track chimpanzees in the lost valley of western Rift of the Kyambura Gorge while in this park.

Other unique attractions of the park include birds of about 620, stunning crater lakes, tropical rainforests and incredible communities that live adjacent to the park.

This is Uganda’s biggest protected area and features the largest number wildlife. The park is named after the Murchison Falls, the most dramatic and strongest waterfalls formed along the Nile River.

You will enjoy game drives through the savanna grasslands that are characterized with Borassus Palm Trees, which you will not see in other parks in East Africa. Do not to forget that there are over 450 bird species recorded in the park including the rare shoebill stork.

You should also not miss the Budongo Forest, a tropical rain forest is part of Murchison Falls National Park. There is a lot more to explore in this tropical rainforest right from chimpanzees, birds, and other wildlife species as well as several unique tree species and many more. This can be sighted while on Chimpanzee Habituation Experience or nature walk which leads you to the Catholic Church set up by Polish refugees during the Second World War.

Located in western Uganda, Kibale National Park is exceptionally the capital of primates in East Africa. Over 13 primate species call this park their home including the chimpanzees that represent over 1500 out of 5000 that are estimated to live in Uganda. There are also other wildlife species which include birds that make up 370 species including the rare Green breasted pitta, crowned eagle, dusky crimson wing, Abyssinian ground thrush, black capped apalis, purple breasted sunbird and many more; 70 mammals (elephants, buffaloes, hippos and many more); over 200 butterflies, tree and plant species.

Kidepo Valley National Park lies in the far Northeastern part of Uganda and features as the third largest safari destination in Uganda. This ranks the second destination with the largest number of birds and ranked the third best destination for tourists to visit by CNN.

The park is home to incredible wildlife that can be sighted in Kenyan national parks. Some of the animals to see include the bat eared fox, striped hyena, aardwolf, caracal, cheetah and hunting dog, elephants, lions, leopards, buffaloes, etc. There are five species of primates that live in the park as well as unique trees and plant species.

While on safari, you will sight 475 birdlife including the Karamoja apalis, black breasted barbet, pygmy falcon, long tailed and standard winged nightjars, ostriches and many more.

The Rwenzori Mountains of the Moon features among the tallest mountain range in Africa only exceeded by the Kilimanjaro Mountains and the free-standing Mount Kenya. These mountains rise taller than the Alps of Europe reaching an elevation of 5109 metre above sea level.

The 120km chain is regarded to be the legendary snow-capped mountains of the moon and offer good opportunity for hikers and climbers. The hike to the highest peaks of the Rwenzoris have been rated the most challenging and the hike to highest peak takes a full week!

There are various trails that lead to the mountains peaks including the Mahoma trail which lead visitors to Lake Mahoma. There are also other trails that lead through the rain forests rattling with monkeys and birds, tall bamboo forest and more.

Other places often included in safaris in Uganda are Mount Elgon and the Sipi falls, the source of the Nile at Jinja and Lake Victoria which features among the seventh natural wonder of Africa, the Ssese islands that are made up of 84 tropical islands, Lakes including the  Lake Bunyonyi and Lake Victoria, and more.

How To Visit Northern Morocco In 5 Steps

3 Reasons Why Everyone Is Heading to Africa This Summer