LEGO of that frown.

Denmark is reported to be the happiest country in the world.

Off The Beaten Path In Denmark: Hoppin’ Around Helsingør & Humlebæk

Denmark is a member of the Schengen Agreement, so check schengenvisainfo.com for details on various types of visas you may need. For US citizens, your passport should be valid for at least six months beyond your stay. You may enter for Denmark for up to 90 days for tourist purposes without a visa. For additional details about travel into and within Schengen countries, please see our Schengen fact sheet.

Denmark is a part of many coach bus company networks, which means inexpensive rides to and from many cities. The major bus connections are operated by Eurolines Germany, FlixBus and Swebus.

Non-European travelers in Denmark can buy Eurail Denmark passes, which provides cheap train travel all around the country. There is also a Europe-wide pass to link more countries together in your travels. The InterRail pass could be used if you are already a European citizen.

Third way of travel: Rent a bike in Copenhagen

City Passes are available in 24-hour and 72-hour versions, and they allow for unlimited travel in zones 1 to 4. A 24-hour ticket ticket (DKK 130) covers all zones including the airport.

This network has three “bus” routes, with 10 different stops around the harbour front, six on the Zealand-side and four on the Amager-side. These boats are operated by the carrier of normal buses, and all ticket types are valid. With the harbour buses you can see Copenhagen from different waterfronts, going past the cities well-known sights.

Sixth way of travel: The Metro

The Metro runs throughout the day, sometimes as often as every three minutes. Sundays to Thursdays between midnight and 5am the Metro operates a less frequent service, with trains running about every 20 minutes.

Denmark is extremely safe for travelers, especially for female solo travelers. Compared to other European countries, the crime rate in Denmark is relatively low. But follow normal travel rules, guard your bags and wallets. The Danes are also extremely friendly, so anytime you feel like you’re in danger or need help, locals will be more than willing to assist.

Denmark has four VERY distinct seasons of spring, summer, fall and winter. The spring months (April and May) are mild and the summer months (June, July and August) are the hottest. Autumn runs from September to November and tends to be rainy and cloudy. From December to March, the weather is literally freezing with snow. That being said, the best time to visit is from May to August, when the days are long and everyone’s happy!

The Kingdom of Denmark has only one official language: Danish. Luckily, pretty much everyone speaks English in Denmark. And they speak it well! Just in case you’re curious, here are a few words to get you through the trip:

*Denmark is an egalitarian society so their language employs gender-neutral words.

How are you? = Hvordan har du det

You are welcome = selv tak

From public behavior on the streets to business meetings, the Danes definitely follow their rules. Be courteous and polite during your trip. Females are highly regarded in the Danish culture and they hold high positions in the business world, so don’t be a sexist.

Since the best exchange rate will be at the airport, try to do exchange money as soon as you land. Once in the city, ATM machines are also your best options. FOREX usually gives better rates during normal banking hours and slightly lower rates outside of normal banking hours.

There are plenty of ATMs throughout Copenhagen, and most machines will accept cards issued by any major international banks.

Most major credit cards are accepted in Copenhagen, including: Visa, MasterCard, JCB and American Express. Beware that many shops, taxis, restaurants will charge an extra 2-3% credit card fee.

Even though tipping is not a requirement, if you receive an extraordinary good service, you are welcome to reward it with a tip but it is not expected. Service is normally included in the bill, you can just round up the numbers.

Like the rest of Europe, Denmark uses one of the two European standard electrical socket types, with voltage of 220-240 Volts (U.S./Canada are 110-120 Volts.) Your converter should look like this: 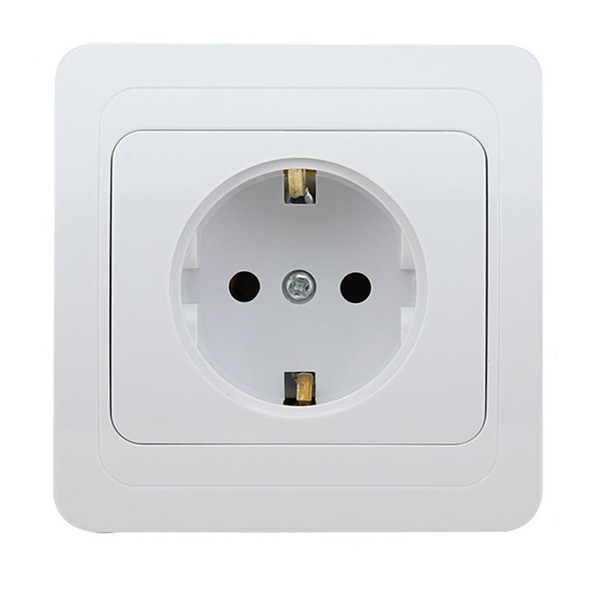 Tap water is safe to drink in Denmark. But if you order tap water in some restaurants, you may be charged for it.

Unfortunately, Uber no longer operates in Denmark after 3 years of availability. While Uber is making its way back to Copenhagen, there are many taxis throughout the city. Copenhagen is one of the most expensive cities in the world, and taxis are naturally more expensive than those in other European cities. Tipping isn’t necessary, unless the service is particularly good and you’d like to give extra.

Let’s not forget, bicycles are the best ways to get around the city. Copenhagen also has a great public transport system with tons of pedestrian-only streets. The city isn’t too big, so this is a huge bonus.

PDA is not a problem, and the gay scene is extremely vibrant. Check out our Copenhagen page for more details on LGBTQ venues, bars, events in the city.

A TIME LINE OF DENMARK'S HISTORY

Denmark’s history began with the Viking Age when the Danes became notorious for plundering churches and monasteries.

Margaret I created the Kalmar Union, which included Denmark, Norway, Sweden, the Faeroe Islands, Iceland, Greenland, and part of Finland.

Fighting ended from the civil war between the nobles and the kings where the establishment of a national Lutheran Church headed by the monarch was created.

King Christian IV was ruling during the disastrous Thirty Years War with Sweden and in the process, Denmark lost both territory and money.

First Half of the 17th Century

The Great Northern War restored some Danish power in the Baltic. Otherwise, the 18th century was a period of internal reform, including the abolition of serfdom and other land reforms.

Denmark sided with Napoleonic France after the British attacks on Copenhagen in 1801 and 1807. Denmark was also forced to cede Norway to Sweden and Helgoland to England.

During the First World War, Denmark remained neutral and had also reached a broad agreement on constitutional reform. Denmark also introduced universal suffrage, so women and servants could now vote.

North Schleswig was returned to Denmark after the present southern border with Germany was established.

Denmark was occupied by Germany on Apr. 9, 1940. However, just five years later, the Germans surrendered, and Denmark was liberated.

Fashion in Denmark spans many directions of style.