With Joe Biden officially declared as President-elect of the United States of America as well as Kamala Harris as Vice President-elect, many in India are not only celebrating Harris’ groundbreaking win but also reflecting upon her support for the Indian-American community over the years.

According to this study by the Pew Research Center, 56% of Indians said they have unwavering confidence in President Trump, due to his amicable relationship with Prime Minister Narendra Modi and fellow Indian diplomats. There are others, however, who feel that Biden is expected to aid India especially regarding issues including: climate change and immigration. Recently, Trump’s image might have been tarnished in India due to his mishandling of the coronavirus pandemic which has now risen to more than ten million+ cases in the States. For the first part of the interview, I spoke to a family friend living in India, to further understand the ways he and other Indians may perceive the U.S. election and its global impact.

For the latter part of the interview, I also posed a few questions to my friend who lives in India in order to comprehend the sentiments she and other locals feel about the U.S. election as well as other political issues India is facing during this interesting time. Furthermore, we gained insights regarding Vice President-elect Harris and her Indian heritage.

He: In my opinion, it has strong leadership with a clear vision, backed by a huge mandate, leading India towards becoming a global power.

Do people in India have an opinion on the election?

He: Yes, as the U.S. is the oldest democracy (by number of years,) while India comprises the biggest democracy. Overall, most Indians think that any candidate who wins should continue to grow and further the already established, friendly relationship with our country. Many believe that America should continue to support India on all forums.

What did people in India think about the 2020 candidates?

He: The idea is that Biden seems to be more mature, politically sound and reliable than Trump, especially for the highest position in America.

How does the American election compare to that of India?

He: One suggestion is that the U.S. should adopt EVM (Electronic Voting Machine) for voting to declare fast results. This system is already in use in India. The United States has two major political parties while India has countless. The U.S. is a presidential democracy as opposed to India which is based on a parliamentary democracy. Here, caste and reservation also play important roles in elections, along with development issues.

Since Kamala Harris is now the first Indian American Vice President-elect, how does this affect the way Indian women view themselves?

She: Kamala Harris’s win is definitely a big milestone, not only for Indian Americans but for all women in America. This is the first time women have ever reached such a high status in the U.S. political world, hopefully paving the way for many more. In regards to Indian women specifically, I think this shows them that they have the opportunity to come from a different world and still climb up the political ladder. It also inspires Indian women to engage in politics and take charge of their lives.

Vice President-elect Harris will undoubtedly be an outspoken aid to Biden. Since India’s economy shrank by 23.9% in the first quarter of the 2020-2021 fiscal year due to the pandemic, how do you think she will support social and political issues in India?

She: I am not entirely sure if having a good relationship with India will be an objective for the Biden-Harris administration. But I do feel that due to Kamala and her Indian origin, she will understand very well what India has to offer to the world and the scope of problems the country is facing. The Biden administration might face problems with the current Indian government and vice versa because of differences in ideologies, but I’m hoping they can sail through it.

How do you think Biden and Harris will change Modi’s treatment toward the Muslim population in India?

Human rights in Kashmir is an increasingly important topic and many members of the military have been accused of abusing Kashmiri citizens or violating their rights. What are your thoughts on this situation?

She: The Kashmir problem in India has existed since the partition in 1947. However, the problem has worsened ever since the Modi government revoked Article 370 of the Indian constitution, which gave autonomy to the state of Kashmir. The problem has been on both ends – with the military violating Kashmiri citizens’ rights and the citizens pelting stones at the military. With constant firing on each side of the “line of control,” the bigger picture here indicates that it is critical to try to solve this issue first at the bureaucratic and the government level. The Trump administration tried to mediate the dispute between India and Pakistan, however, Indian government has always insisted on direct negotiations to resolve the dispute.

Under Trump, tensions between India and China have escalated. India shut down almost 60 Chinese apps (ie: TikTok, WeChat..etc.) and the border dispute in the Himalayas caused many soldiers to be killed. How do Indians feel that Biden and Harris may shift the current India-China relationship?

She: Under Trump, the U.S. had a better relationship with India than with Pakistan. At the same time, the U.S. had constant trade wars with China, thus coercing Pakistan and China to shake hands. This fueled the India-China dispute and led to the current situation. I feel if Biden-Harris can try to have cordial relations with all three countries it might better the India-China relationship but I doubt the impact would be that significant. 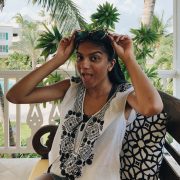