Even though there are no absolutes to drink a whisky. 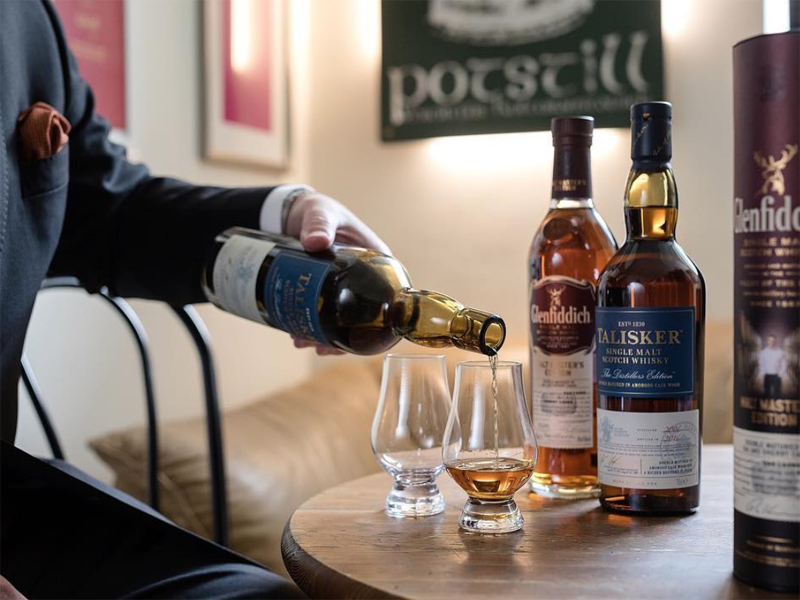 Whisky is a drink unlike any other. It is consumed in large volumes throughout the world and is associated with numerous occasions. It is truly an elixir and consumed for various reasons; some people or connoisseurs drink it for more than just its effect. Other properties of whisky such as its taste, aroma and color play a major role in its consumption. As a drink with a rich history, whisky originated in Europe, but it is indeed a spirit of the world.

There are all sorts of whiskies – ranging from old-school bourbon to scotch and single malt. They all differ by different malts, grains and where they have been distilled. However, why are we telling you all this? Because in this article, we will tell you about the intricacies of whisky as a drink, and how really to savor every drop of it – like a pro!

Yes, to a regular drinker who drinks to feel good, whisky may just be a catalyst to reach there. However, they can still enjoy whisky the way it’s supposed to be enjoyed! Generally, there are no absolutes to drink a whisky; however, here are five tips that will definitely take your whisky tasting experience to another level.

A connoisseur is aware of the intricacies of the whisky they are drinking. They know the ABV, the malt, how aged the whisky is, and everything else. As we said, whisky has a rich history and educating yourself on it will set your expectations right. For instance, a whisky is only a scotch when it’s distilled in Scotland. However, that doesn’t mean that whisky that is not scotch is not good enough. Some of the best whisky brands in India can give you a run for your money to some scotch whiskies out there.

Connoisseurs like calling their whisky glass as a vessel – because whisky is indeed an elixir for them. Choosing the right glassware for your whisky will make a difference to the endnotes. Avoid using pint glasses or highball glasses for drinking whisky. The Glencairn whisky glass is perfect for consuming whisky. Also, make sure never to overpour the glass. Not only will over pouring stop you from swirling the spirit inside the glass, but it will also deter you from nosing it properly. Nosing is the way a spirit is smelled, and it is the way all connoisseurs drink whisky. Moreover, just pour enough whisky for a drink. A double in a glass is not a fun sight.

You’ll rarely see a gentleman doing shots of whisky. It is a drink that is celebrated and consumed slowly. Aim at savoring your taste buds, smell the cask and grains when you nose your drink in the glass. Sip slowly and focus on the complexities of the spirit. It’s truly a rewarding experience and the way connoisseurs enjoy it. Every sip should be a journey, and your whisky must be able to take you there. Try it with the best whisky brands in India such as Rockdove from Hermes Distillery and witness spirits like never before!

4. Pour For Others First

If you’re drinking with a couple of friends, make it a habit of pouring their drink first. It’s the textbook whisky etiquette that is understood by connoisseurs throughout the world. However, it’s always good to ask them before if they are partaking in the whisky consuming session or not.

The best way to enjoy the taste of your whisky is by splashing some drops of water. Adding just a few drops of water will open up the whisky’s flavour, and you’ll be able to smell and taste it better. Also, adding ice and calling it ‘on the rocks’ may be a cool and refreshing option, but it numbs down the palate and entirely dulls the flavor.

Whisky is one of the most consumed drinks around the world. It stays at this spot because of its popularity. However, whisky is a culture that must be understood well from within. If you’re starting to enjoy whisky, it won’t hurt to know how to drink! Also, make sure you give a try to the best whisky brands in India. It might be a jackpot of flavors and aromas.

Travel Trends For Every Generation

Walking Around Swanage & The Isle Of Purbeck