On Feb. 1, the military of Myanmar overthrew the country’s fragile quasi-democracy in a political coup. Cutting off access to electricity, internet, and both domestic and international flights, the military quickly seized control of the country’s various infrastructures causing concern and disarray.

Decades of isolationist economic policies, ethnic cleansing, and oppressive military leadership have not only created this current of anarchy but have also constrained Burmese political and civil aspirations.

Myanmar on the Map

With a population of approximately 54 million, Myanmar, formerly known as Burma, is located in Southeast Asia with neighbors including: India, China, Laos, Thailand, and Bangladesh. Given its unique proximity to these nations, Myanmar is one of the most ethnically and culturally diverse countries in the world.

Since gaining its independence from Britain in 1948, Myanmar has been ruled by a military junta. Like most of its newly independent neighbors, the Union of Burma began as a parliamentary democracy. This representative democracy only lasted until 1962, when General U Ne Win led a military coup and subsequently held power up until 1988.

In his rule, General Ne Win worked to combine a socialist economic program with a military dictatorship. Ne Win broke away from the control of Chinese, Indian and Pakistani traders over the country’s economy and steered away from international affairs, isolating Burma from global civil society. He and his administration issued a new constitution in 1972-73 that would later create the basis of the nationalization of Burma’s economic enterprises.

By late 1980’s, the rapidly deteriorating economy made Burma one of the world’s poorest countries. Abuse of power and hasty shifts in economic policy allowed for black-markets to take hold, resulting in widespread food shortages, social unrest, and massive protests. To suppress the riots, military forces resorted to violence, killing hundreds of protestors and displacing thousands of citizens.

The 1988 calamity prompted Ne Win to resign as chairman of his party. In the following year, a new military regime, the State Law and Order Restoration Council (SLORC), came to power, changing the state’s official title from the Union of Burma to the Union of Myanmar. SLORC agreed to allow for new political parties to form, and to hold a multiparty democratic election. In 1990, the National League for Democracy (NLD), won by a sweeping majority. Military rule, however, declined to turn power over to NLD, not only annulling the election completely in 2010, but also imprisoning many NLD leaders including Aung San Suu Kyi.

In 2007 anti-government protests, also referred to as the Saffron Revolution, spurred by international pressure and an increase in fuel prices, overtook Myanmar, prompting shifts in government and military rule. The military junta rule formulated a new constitution, which is still present to this day, that extended military authority and power, even under civilian rule. The military junta disestablished in 2011, allowing a civilian parliament for a transitional period.

Aung San Suu Kyi and the National League for Democracy

After the 1980 protests, Aung San Suu Kyi, along with many other NLD leaders, spent more than 15 years under house arrest until her release in 2010. Her time in detention made her a global figure, and she was awarded the Nobel Peace Prize in 1991.

The National League for Democracy, which Suu Kyi co-founded in 1988, advocates for a non-violent movement towards multi-party democracy in Myanmar. The party supports human rights, the rule of law, and national reconciliation.

In 2015, she led NLD to victory in Myanmar’s first fairly contested election, becoming the first state counsellor and de facto head of the civilian government. Suu Kyi’s leadership, however, has been defined greatly by her denial of systemic abuse towards Rohingya minority.

Ethnicity and conflict are deeply linked in Myanmar history. Building on the legacy of the British colonial period, Burmese national leaders have continued to perpetuate and reinforce dangerous notions of ethnicity that divide the nation rather than unify.

The Rohingya, an ethnic group, majority of whom are Muslim, have been oppressed and persecuted for decades. Shortly after Myanmar’s independence, efforts were made to deprive Rohingya of citizenship. The 1948 Union Citizenship Act defined which ethnicities could gain citizenship. This did not include Rohingya. This act not only identified specific ethnicities as indigenous but also provided identity cards. By the 1962 military coup, the government refused to fully recognize new generations of the Rohingya population. Because employers and schools required a form of identification, Rohingya faced limited job and educational opportunities.

In 1982 General Ne Win issued a new citizenship law that effectively rendered the majority of Rohingya stateless and invisible. The law not only prohibits Rohingya from obtaining equal access to full Myanmar citizenship, but also requires fluency in one of Myanmar’s national languages. Rohingya speak the “Rohingya” dialect, and because of limited access to education, they have had hardly any opportunity to learn a nationally recognized language.

The consequences of this deeply rooted oppression continue to affect Rohingya today. Having been denied citizenship for decades the Rohingya are rendered stateless. Rohingya continue to have limited access to property ownership, education, job, and economic opportunities. As a result of this ongoing persecution, hundreds of thousands Rohingya have fled to neighboring countries.

Despite evidence indicating practices and policies that have resulted in the death of hundreds and the displacement of thousands Rohingya, Myanmar government continues to deny allegations of ethnic cleansing, as they do not even recognize Rohingya as an ethnic group. Rohingya continue to face systemic abuse from their own nation and surrounding states.

Following the 2020 national elections, in which the NLD party overwhelmingly won, military leaders alleged voter fraud and staged a coup in February 2021. The military of Myanmar overthrew the democratic government, arresting Suu Kyi and other lawmakers from the NLD. The military is now back in charge and has declared a year-long state of emergency. Governing power has been handed over to commander-in-chief,

Thousands of protesters for have taken to the streets demanding Suu Kyi and other NLD leaders be released. The country is seeing some of the largest demonstrations since the 200 Saffron Revolution.

The United Kingdom, European Union, and Australia have condemned the military takeover. President of the United States, Joe Biden, has threatened to reinstate sanctions. China has blocked a United Nations Security Council statement condemning the coup. Neighboring countries including: Thailand, Philippines, and Cambodia have said this is an “internal matter.”

Given Myanmar’s continuous fight for democracy and recent international recognition of the violation of Rohingya human rights, it will be important to continue to watch and highlight all of the subsequent developments, both positive and negative, over the next year. 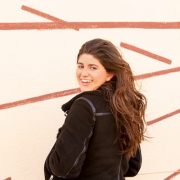 Having a silly and hard-working personality, Lily loves getting to know people and is passionate about human rights around the world. She is enthusiastic about other cultures, history, and international affairs. Lily has a deep appreciation for traveling, her favorite places include: Amsterdam, Amalfi Coast, and South Africa.

Where Your Favorite Celebs Were Spotted Last Week

Your Affordable But Cool Guide To Seoul