We saw some amazing islands, enjoyed some quality family time, and as much as I complain about the evening cruise ritual, it was actually a lot of fun in its own right!

When my parents told me they wanted to celebrate their 50th anniversary with us at sea, I was a little apprehensive. Bingo, shuffleboard, dinners at 5pm, etc. all came to mind. But I love the islands, so I decided to make the best of it. We proceed to book on Oceania, which apparently is very high end cruise line with capacity for 700 passengers and 400 staff (compared to 5000 passengers on the larger Carnival type boats).

Our cruise starts/stops in Puerto Rico and visits 5 islands along the way. Good to start in the Caribbean, less unnecessary boat time to get to destinations and back.

Now, I figure I’ve got to get off the boat for maximum amount of time, so I look through the shore trips the boat offers. They are ridiculously expensive ($100 – $150/person depending) and what I came to learn later from others is that they are all quite slow, safe, and geared towards geriatrics.

I start doing my internet research on the destinations. I use Tripadvisor and find the top things to do on each island in general to start making my plan. I end up finding one thing on Grenada that sounds very interesting, and nothing like offered from the cruise, a 45 minute hike to some beautiful waterfalls. I email a few that offer it and make a plan for $45/person including a four hour full island tour and dropping us off at a nice beach bar at the end. I then Google “best beach bars” on each island and find a few options and figure that is enough research for now.

We board the boat around 4pm. 4pm to 9am on the ship is pretty identical on a daily basis. Not bad, just similar. You hang out in the pool for a bit, catch the last rays of the day. Meet up for happy hour that ends at 6pm for half off drinks, head to dinner at either the Italian, Steak, fancy, or casual dining room. The food is actually fantastic on this boat. Dry aged beef, lobster available for any meal, excellent duck ,caviar, etc. I enforce an appetizer round, a soup/salad round, mains, and dessert (much to the dismay of our servers and my embarrassed mother). They even had sugar-free gelato for the diabetic in me, a different flavor daily. Heaven! Dinner is followed by a very cheesy song and dance show, of which I watch a little, but not much, then off the bed, sleep, wake up, hit the breakfast buffet, then get off the ship.

Here is what I found (and did!) ashore. First, although I had WiFi in Puerto Rico, I knew I wouldn’t have it on the boat ($30/day for 1980 speed Wi-Fi …), but figured I would be able to find it on the islands in a few spots. My plan is to get off the boat very early each morning, find the tourist office, get some Wi-Fi, and figure out my plan for the day.

After a day at sea, we arrive in Grenada, the Spice Island! The one thing I booked ahead of time, was to meet Grainger from JNJ Tours for a 4 hours island tour including a hike to Seven Sisters water falls. Along the way, we are told all about the island, the history, etc. It is called the Spice Island, because a good portion of the world’s supply of certain spices come from here (think nutmeg, cinnamon, cocoa). I’m thinking, I seem to recall there was a war here. I can’t imagine this beautiful tropical island had a war, but I ask and get the local history, fascinating. In the 80’s, the Cubans were helping them build, but were sending in arms with shipments, gearing up for an invasion.   When war broke out, Reagan sent in the troops because their medical school was 75% American but ultimately, Grenada remained free. It’s interesting to note that Grainger is from Grenada, but served in the US Military in Tacoma when troops from his base were deployed to Grenada, but he was never sent himself.

We park along a gravelly road in the Etong National Forest and start our 45 minute hike. It is very steep up, then down, then back up, but mostly down, along a very muddy trail. We see they are putting in a new tram and zip line facility, so it will be way cooler in the future to get to. We finally arrive and it is as breathtaking as you can imagine. It is hot out, particularly after the hike, but the water is a beautiful temperature, about the same as the sea. We swim up the right side (reverse current) to get to the waterfall itself to feel the spray. We are told there is sometimes a guide who will walk you up a few waterfalls and show you where/how to jump off, from one pool to the next.

We continue our tour to see some friendly Mona monkeys, an original fort, and ultimately end up at a gorgeous beach. $20 later (this is apparently the going rate in the Caribbean as we will come to find) we have 2 chairs, an umbrella, someone asking us our order for drinks and another asking us our order for food. The water is crisp, clear, and calm. Paradise! We take a short taxi back to the ship in plenty of time for the nightly routine on the boat…

We wake up in Barbados. I check with the tourist office and book a 2-tank scuba dive with Rogers Scuba Shack in Carlisle Bay, and confirm a nearby beach bar for after. A short taxi ride later I am again in paradise. Idyllic is the only way to describe it! After the aquarium like dive, including several wrecks, I make my way to meet my wife at the Lobster Alive beach bar, get some chairs, an umbrella, some delicious rum punch with nutmeg shaved on the top (love it!) and waste the rest of the day away there. Back to the boat.

Next morning we dock in St. Lucia. There is little to do here from what I can tell, not a very quaint town, a lot of poverty and crime, so I book a dive with Dive Fair Helen under the watchful eyes of the Pitons, the main iconic geographic feature of this island, two towering mountains that come right down to the sea. The diving is fantastic, bright corral with a lot of reef fish. It is a short day ashore due to a long upcoming sail that night, and I notice that it is already 1pm after the first dive. We ask the dive operator if they are aware we have to be back on the boat by 3:30. They assure us they are monitoring the situation and will take us straight to the boat by dive boat if time requires it. It does and we make it back to the boat 15 minutes early, which to be clear is 45 minutes before we push off anyway, so no worries. Moral of the story, no matter how much a cruise ship tries to scare you about non-approved tour operators and the risk in getting you back to the ship on time, they always do, or else they would not be in business.

Good morning Antiqua! We head straight to Ana’s beach bar on Dickenson Bay. $20 later, chairs, umbrella and a waitress! Paradise again. I need to find a new word, I know. Apparently there are 365 beaches on this island, one for every day of the year, so we will have to come back 364 more times.

The sun from beautiful St. Barth streams in our balcony! Oh yeah, that is the other thing, make sure you get a balcony/veranda room,. It is more expensive, but so worthwhile to have the sliding door, and chairs outside in the fresh sea breeze. This is our last island. It’s a French island, where the likes of Beyonce and U2 vacation. If you have to ask how much things cost, you can’t afford it, that is this island. I get told it is $30 for a 5 minute cab ride to the beach or $90 for an hour long tour and return trip at the end of the day back to the boat. I opt for $90. The tour is less than impressive, but we did circumnavigate the island. This island is 100% tourism dependent; they have no other industry but they do have an endless amount of cute little shops. Every bit of food and beverage consumed on this island comes from somewhere else. They can’t even drink the water on the island, bottled only, which only adds to the uber rich life style you can imagine.

We end up at the only beach bar on St. Jean beach, which is Nikki Beach, yes that Nikki Beach. It is 200 Euros for a sun bed right on the sand, free for the couch and table right behind it. Clear choice! We overhear them giving prices on the day bed to different people, all different prices, some more some less than we were quoted. The people next to us are Russian, they are drinking a Dom Perignon Brut Rose 2003 and have a huge lobster platter. The place starts filling up and magnums of French Rose are being popped like nobody’s business. People are even having double magnums and Jeroboams (3 magnums) of Rose. $300 later we have had fantastic food, literally the best grilled calamari we have ever had, the equivalent of a bottle (not a magnum) of rose, and too many frozen daiquiris to count.

Back to the boat for one more night at sea, then off the ship at 8am. One more thing to avoid: the boat will book transfers to airport for $79/person, which is four times the price of a single cab that fits 5-6 people.

In the end it was a fantastic trip; we saw some amazing islands, enjoyed some quality family time, and as much as I complain about the evening cruise ritual, it was actually a lot of fun in its own right! 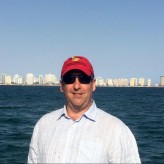 5 Tips For How To Stay Safe On International Cruises

OCEANIA TRAVEL GUIDES: The Smallest Continent In The World