The Amazon Rainforest is in great peril, and yet there is still cause for hope.

When I was a child I remember having to read a lot of short picture books in school. Every Monday the teacher would pick a story out of our English books and we would read it aloud. Because we had so many assigned to us from first grade on there are very few that I recall in any detail whatsoever. One of the ones that stuck with me was Lynne Cherry’s The Great Kapok Tree, a short story in which a group of rainforest animals came down from their home in the Amazon canopy and begged a logger not to destroy the titular tree. While the story had a happy ending, the real Amazon Rainforest has not fared so well in recent years. For the past few weeks vast fires have wracked the southern part of the forest, destroying thousands upon thousands of trees. Hearing of these events genuinely upsets me, because the Amazon is more than just a forest. It is a beautiful place, home to more species of animal or plant than anywhere else on Earth. It helps to clean our air, and it is also home to some of the last tribal cultures on the planet. The Amazon’s loss would be a massive tragedy, and we need to do all we can to protect it.

The fires have kicked the battle to save the Amazon into overdrive. Several groups, such as the Amazon Conservation Team (ACT), The Rainforest Trust, and Amazon Watch, are leading the charge. But for many of us it can be hard to grasp just how important the forest is. “In addition to being the largest tropical rainforest in the world, the Amazon rainforest helps to regulate vast amounts of freshwater and retains 10% of accumulated carbon on earth,” explains Liliana Chacon-Menay, Senior Communications Manager for ACT. For this reason, the Amazon has often been referred to as “the Lungs of the Earth.” Experts also estimate that the Amazon Rainforest is home to 30,000 types of plants, 2,500 species of fish, 1,500 types of birds, 500 mammal species, 550 reptile species, and 2.5 million kinds of insects. All these species live in an area almost as large as the continental United States, and spread out over several countries.

The Amazon has been under siege for quite a while, but the fire has made the situation all the more precarious. Many of the fires were set intentionally by farmers and ranchers trying to clear land for agribusiness. And these aren’t the only business interests threatening the Amazon. ACT experts note that “the demand for specific natural resources generates large-scale production systems, resulting in more deforestation to be able to sow and have livestock, or even for the extraction of gold and oil.” The government has in recent years turned a blind eye to the destruction, partially because of Brazil’s economic woes and partially because of the loosening of environmental safeguards under the current government.

And there’s more at stake than just animals and plants. The Amazon Rainforest is home to many indigenous cultures that have been there for millennia. Most at risk are the uncontacted tribes, of which there are at least 66 and possibly over a hundred more. They are reclusive peoples who “live completely independently from modern society, surviving exclusively on forest resources save for the odd stolen pan or machete.” As the term “uncontacted tribe” indicates, these tribes have seen little to no contact with the outside world, and those that have dealt with the world outside the forest choose to remain isolated due to prior exploitation. Together with other NGOs, ACT estimates that at least half of these uncontacted tribes are at risk from the ongoing fires.

While the fires have been raging for weeks, it has only been recently that mainstream media attention has been trained on the crisis. Video taken in Sao Paolo of thick black smoke blotting out the midday sun has gone viral, but in Brazil such events are not unheard of in the cities. “Last Monday (August 19th) it got really dark during the day,” explains Gabriel, a native of Sao Paolo. “There have been a few previous incidents, so everyone more or less went on with their daily lives.” Gabriel notes that for Brazilians the issue has become increasingly politicized, and it revolves more about economic concerns than anything else.

“The majority of us are impoverished and unaware of how important the forests are,” he says.

“When you’re poor though, the forests typically aren’t your first concern. And as Brazil’s economy is partially supported by agribusiness, it’s widely believed that by stimulating these parts of the economy people will be lifted out of poverty. However, it’s a very complex issue.” In addition to (or perhaps because of) the politicization, there is a large amount of misinformation floating around in Brazil. With the fires, Brazil and its neighbors find themselves making a difficult choice: how to strengthen their economies while also preserving the Amazon Rainforest.

ACT remains cautiously optimistic among it all, noting that there are many ways we can make a difference. They explain that firstly we must be conscious of what we consume; by consuming less there is less demand for the raw materials in the Amazon. We must also be aware of government policies home and abroad, and make sure to avoid less than reputable sources. For those visiting the Amazon Rainforest, ACT and other groups like it advocate responsible eco-tourism. “Before traveling, learn as much as possible about your destination,” Liliana says. “It is important to understand the forest’s natural resources, the culture and habits of the inhabitants and if there are any environmental risks.” Natural parks and protected areas are good places to visit, and by including visits or activities related to conservation projects on your odyssey you can support their defense of the rainforest. Also, be sure to pick a reputable tour guide for any wildlife tours, and never buy any souvenirs made from endangered species.

The Amazon Rainforest is in great peril, and yet there is still cause for hope. All across the world people have the opportunity to make changes to their lives that while small, can have big effects on the wellbeing of the rainforest. Awareness of the crisis continues to spread, and with it more people are getting involved. I was personally inspired to write this piece in the hope that more people come to understand the importance of the Amazon, and that as travelers we can support the efforts of conservationists whether we’re on the other side of the planet or exploring the Amazon in person. That being said, I cannot stress enough the importance of the Amazon’s continued survival. The forest is estimated to contain about 10% of the accumulated carbon on earth. Should it be released, planetary warming will quicken. At best we may lose the crown jewel of our planet’s ecosystem. At worst, the passing of the Amazon may be an existential threat to all humanity. The battle is far from lost however, and with enough support our children and grandchildren will be able to explore this natural wonderland as we can. 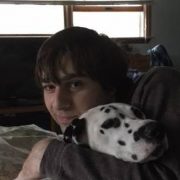 The Rockin’ History Of Rock Cairns

What You Can Do To Help The Brazilian Amazon In 2020