After our Coachella plans fell through, we decided – Thursday night – to spend the weekend in San Francisco and Napa Valley.

The three of us were familiar enough with SF to navigate our way through brunch, shopping, clubbing and an impromptu hotel reservation (thanks to the app Hotels Tonight) but Napa was a foreign beast to us all. Driving to Napa around 11:30 on Saturday morning, we had no resemblance of a plan.

Last-minute vacations frequently stress me out. I usually spend weeks planning for trips, picking the best restaurants, finding Groupon deals, scavenging for hidden gems and forming perfect itineraries. I hate the idea of visiting somewhere and making uninformed decisions for what to do. So, I took the 50-minute drive from San Francisco to do some semi-frantic research.

Obviously, we wanted to go wine tasting. While the picturesque scenery and adorable downtown were additional incentives to visit Napa, our primary motive for visiting the area was to taste some of its famous wines. This meant our first plan of action was to figure out the driving situation since we all wanted to participate in the tastings. I searched various wine tours, most of which were at least $99 a person for shared shuttles or vans. There were also some designated driver services where you can hire someone to drive your car for around $35 an hour. Of course, most of these had been booked weeks (maybe even months) in advance by others who were more on top of their planning than we were (and perhaps had slightly larger budgets than we did).

Finally, we came across the downtown tasting card. This card saved our trip. It was $30 each and gave us access to twelve tasting rooms in downtown Napa, solving our driving and budget problems. We strolled from one tasting room to the next, some of which offered specials for the cardholders on chocolate pairings or more extensive wine selections (we sprung for a $15 chocolate pairing at Wines by Mark Herold that included six sizable truffles that we split between ourselves). I can’t imagine the day having gone any better. The three of us had a blast chatting and sipping amongst ourselves and at the less crowded rooms, hearing some amazing stories from our servers (including tales from an ex-dolphin trainer and an old race car driver).

Admittedly, we only made it to five of the twelve venues (after tasting around 20 different wines, we figured it was time to call it a night). But since the card doesn’t expire until the end of the year, we now have an excellent excuse to go back for the remaining seven! 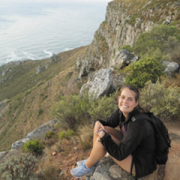 Originally from Eugene, OR, Lizzy graduated from Stanford University. She's a coffee & street market enthusiast, her travel style involves planning ahead but never hesitating to improvise. Her favorite country is South Africa, she never travels without her Swiss Army Knife - mostly because of the hidden pen, tweezers and corkscrew.

Relief From Debt: How To Get Out Of Debt On A Low Income