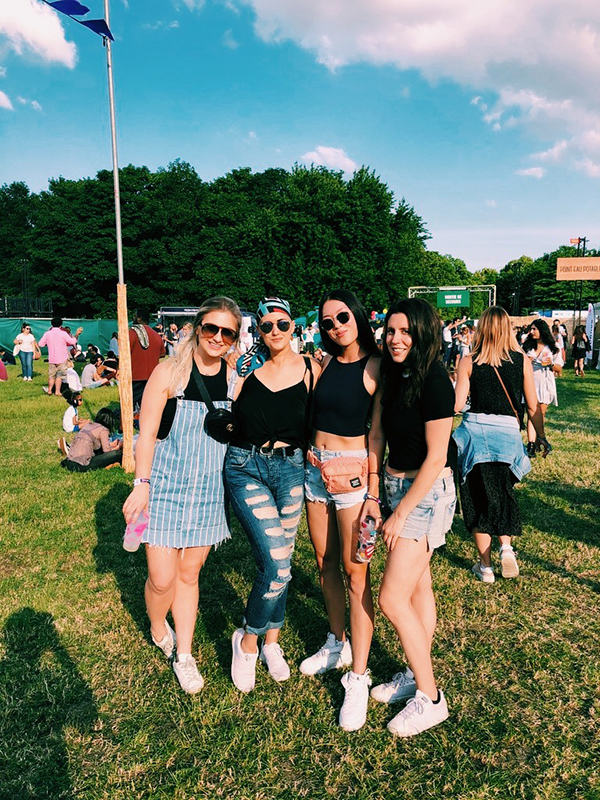 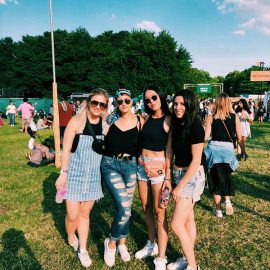 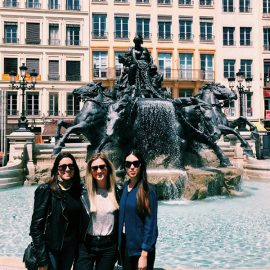 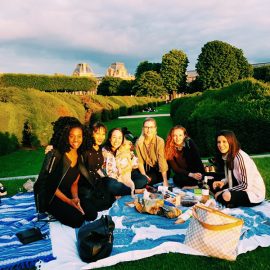 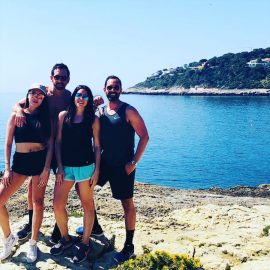 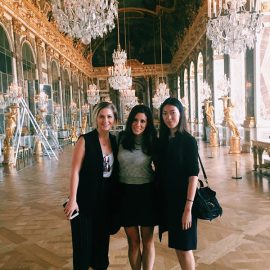 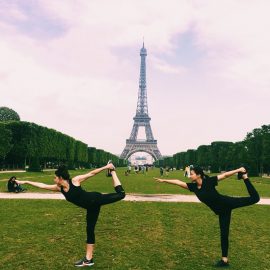 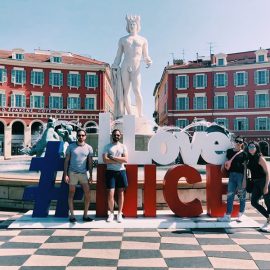 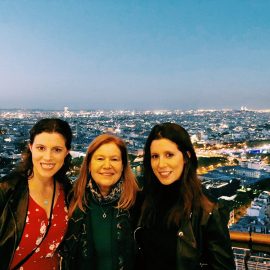 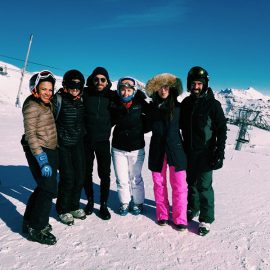 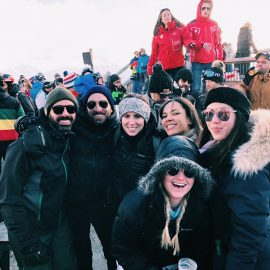 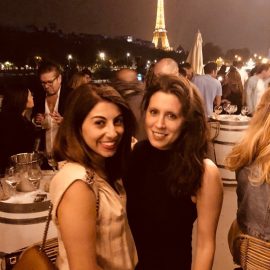 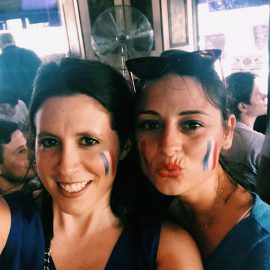 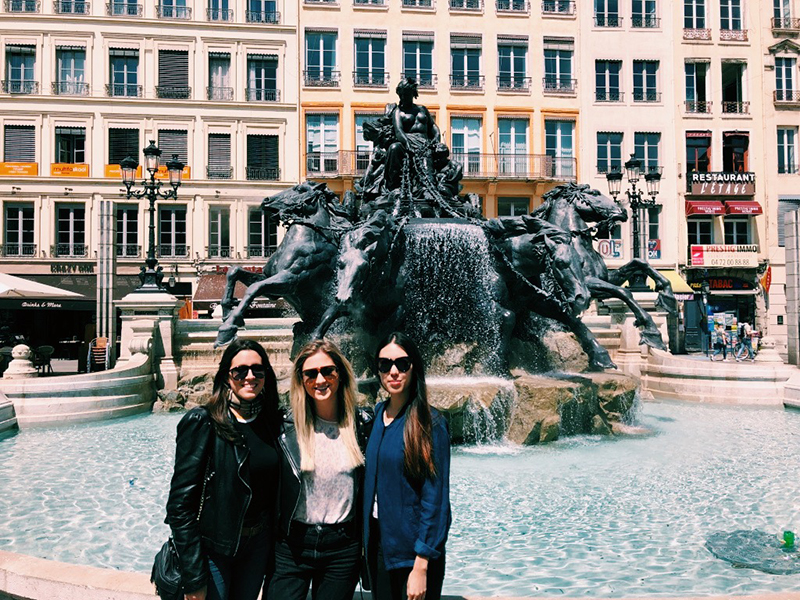 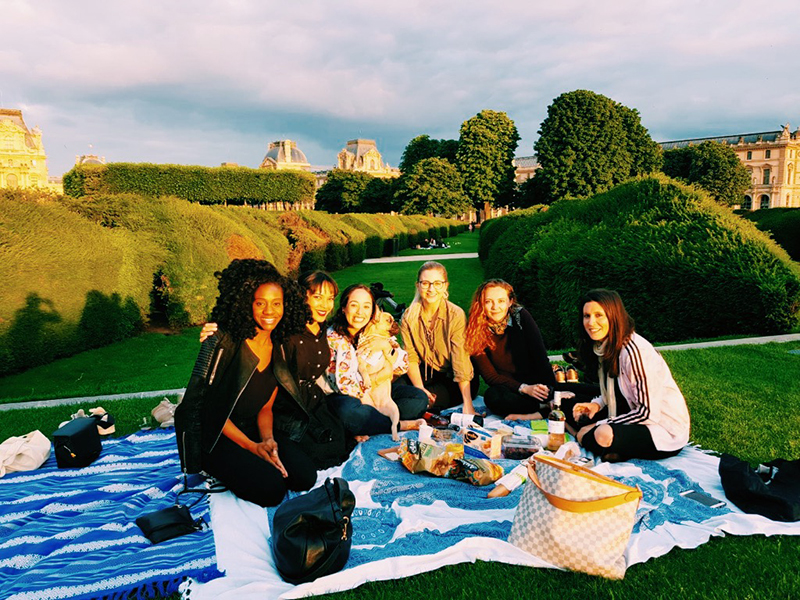 With my MBA friends. 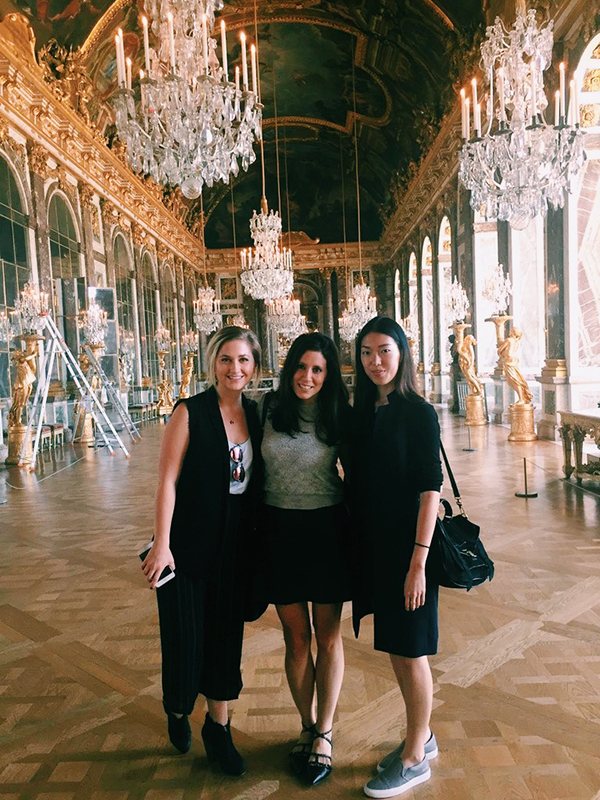 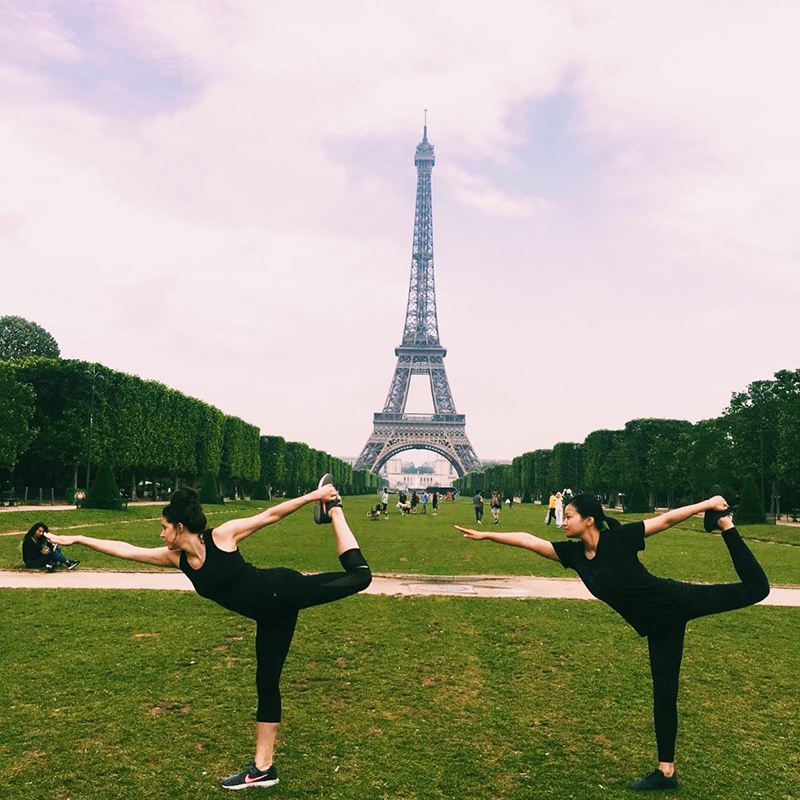 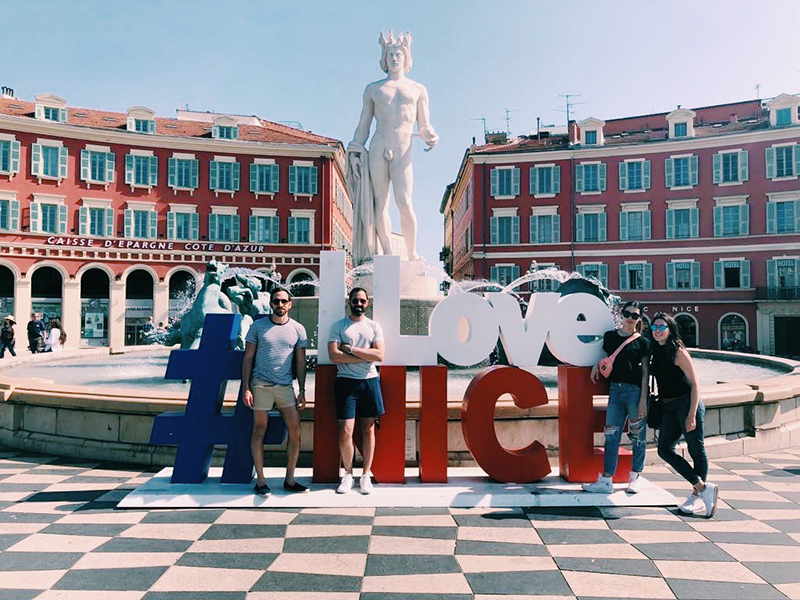 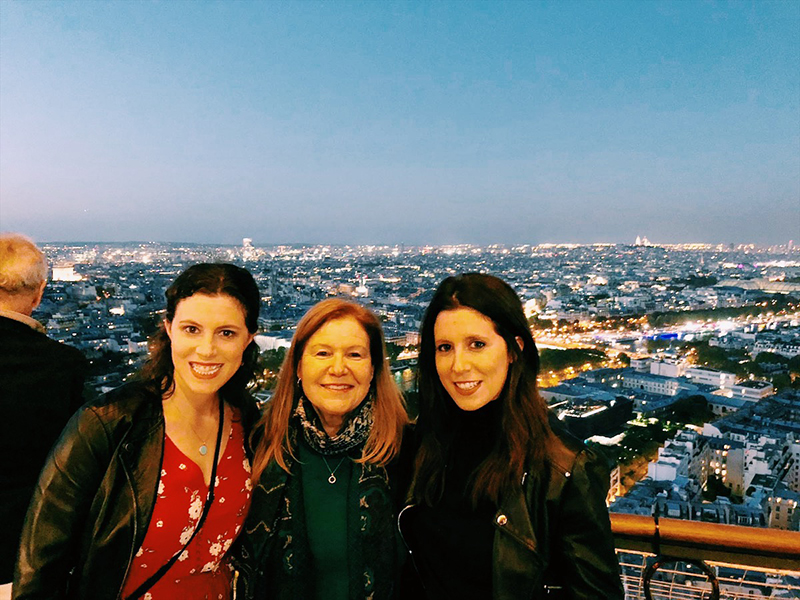 Top of the Eiffel Tower. 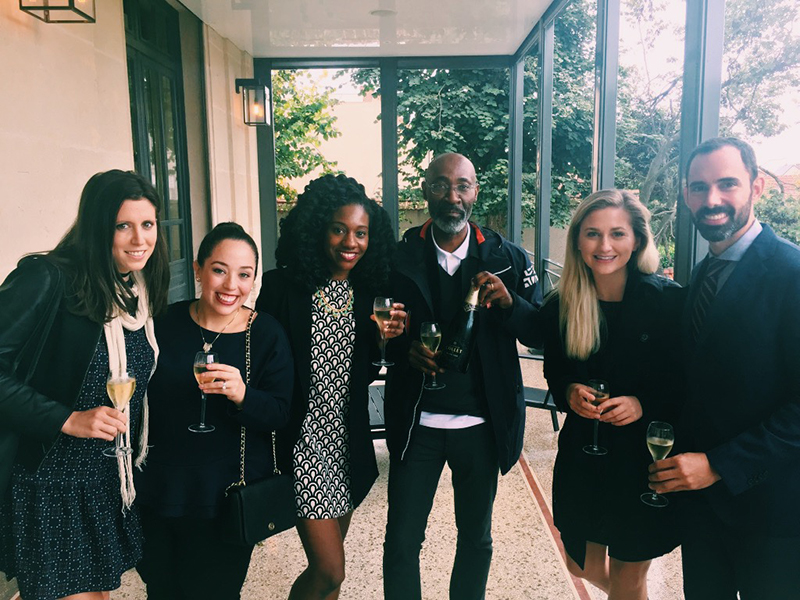 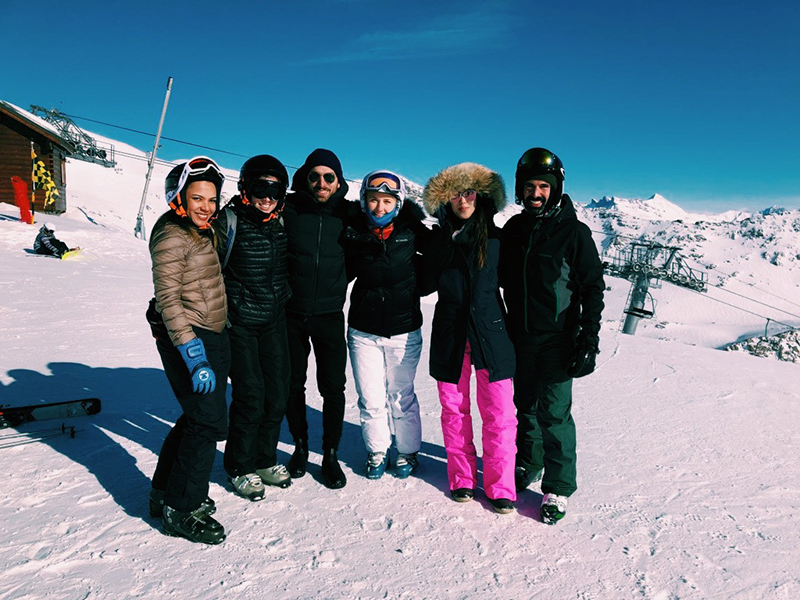 Skiing in the Alps. 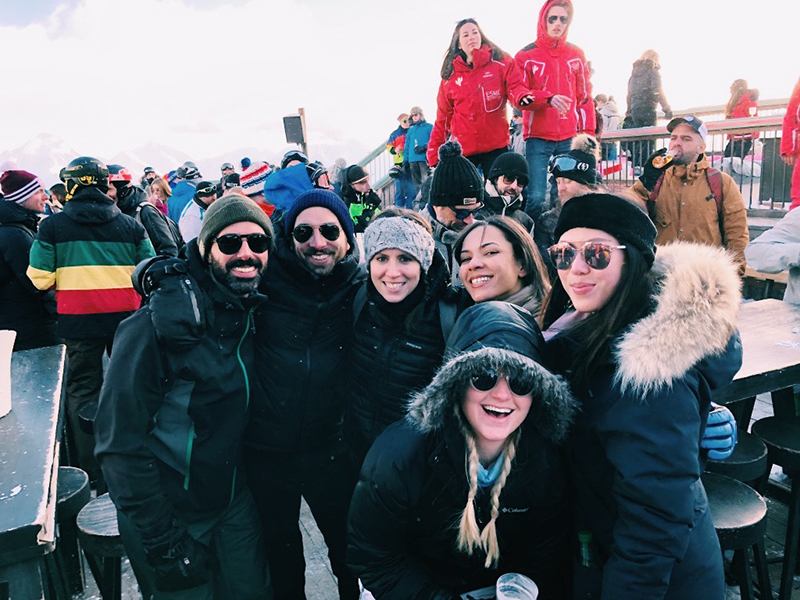 At La Follie Douche in the Alps. 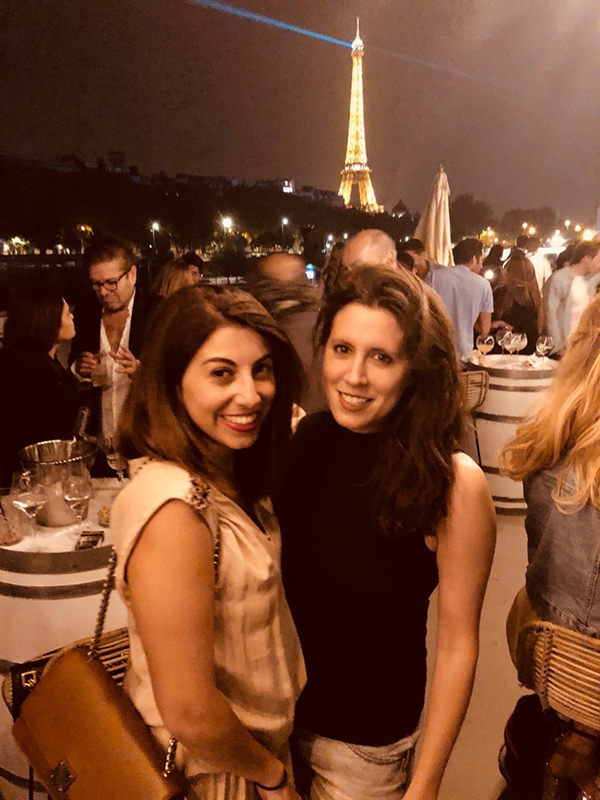 On the Monsieur Mouche boat. 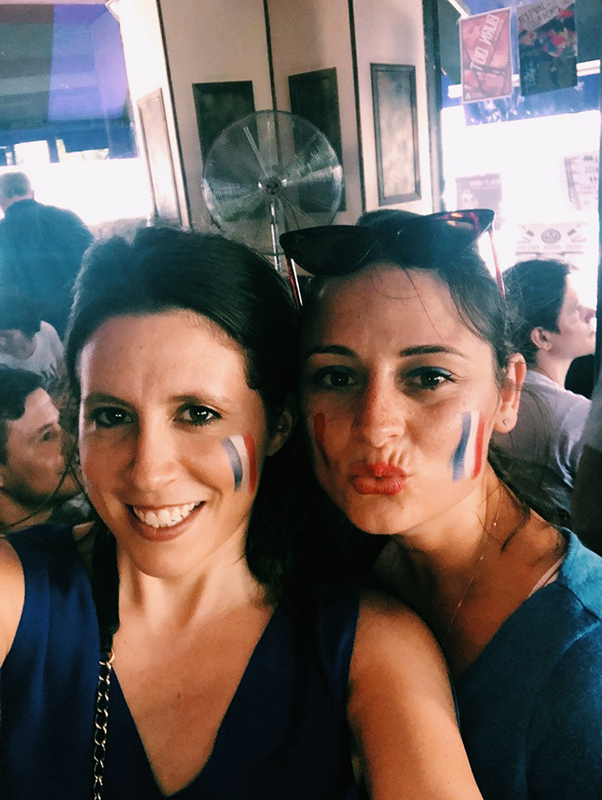 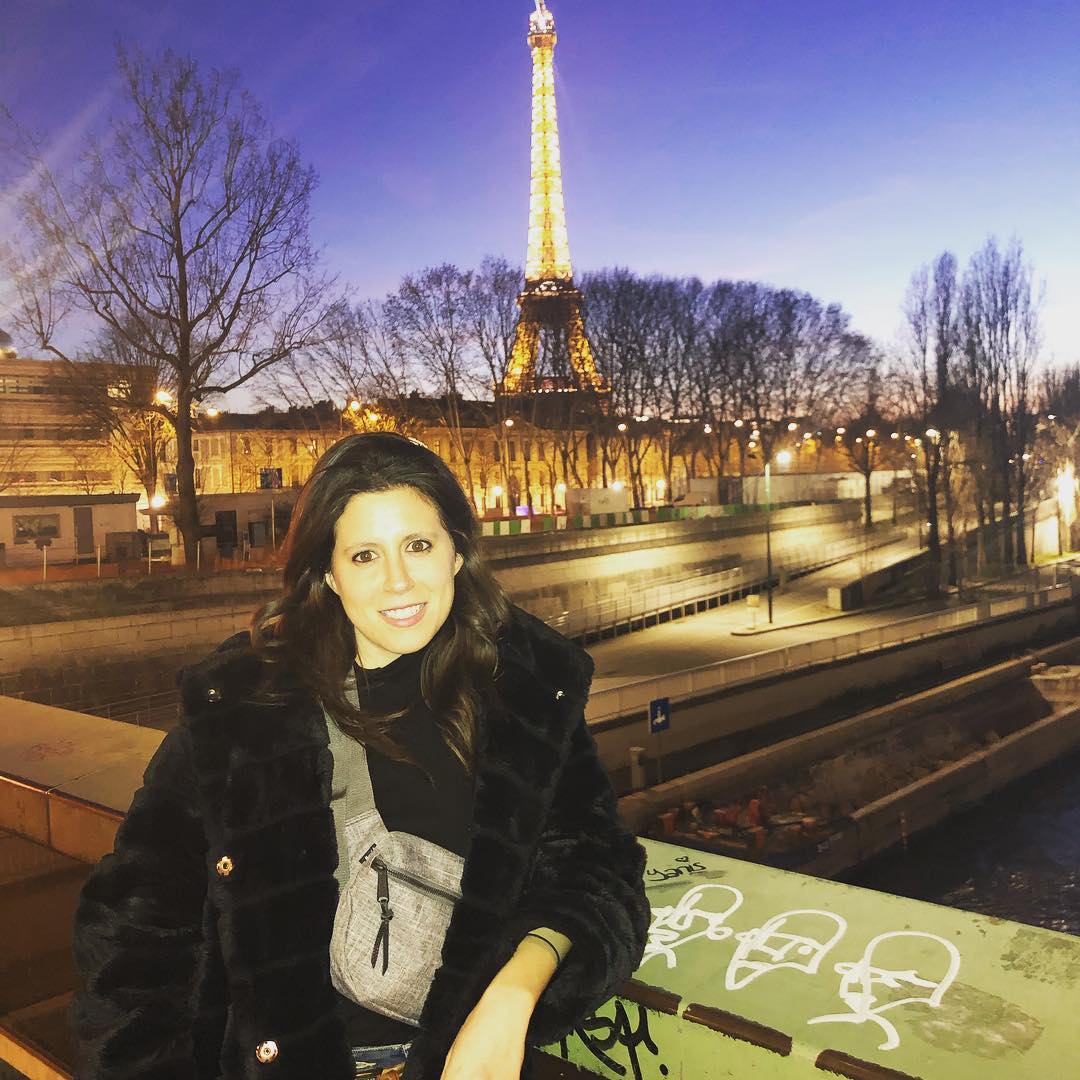 Jenny Saber, An American in Paris

Go for your dreams!

I am an American who just spent the past 1.5 years living in Paris. I moved there in August 2017, from New York City, to pursue my MBA specializing in International Luxury Brand Management. This was an unforgettable experience and it is for sure one that has changed the course of my life. I recently decided to leave France (for now) and return to the U.S. to pursue opportunities back home. I am very excited to be back in America, but will always carry a piece of France with me. I hope you enjoy reading all about my journey!

How did France first come into my life?

Anyone who knows me well knows that since I started learning French in the 7th grade, I have always had this love for the country, the culture and the language. In grade school I studied French and did abroad programs in Minnesota & Switzerland to learn more about the language and culture. In college, I double majored in French & International Business, and studied abroad in Toulouse, a city in the south west of France. When I graduated from college I really wanted to move to Paris but knew how complicated it would be to get a visa and find a job as a foreigner. Instead, I moved to New York City and worked for a French company where I had the opportunity to work with many French people. At this time, I decided to take full advantage of the fact that I was surrounded by French speakers and when we hung out together, I told them that don’t need to speak in English with me. Instead I really wanted to practice my French because one day I knew I would go back. My French co-workers also introduced me to other frenchies in New York which allowed me to not only improve my ability to speak French at a level that I would now call fluent, but they helped me to understand more about France.

How did I finally get to France?

For a few years I had been thinking about going back to school and getting my MBA. When I finally decided to do it, I knew that going abroad for my MBA was so important because it would allow me to truly have an international perspective. This was a big lesson I learned from studying in Toulouse. I knew that if I stayed in America for my MBA, I would still receive a more American-centric perspective, which I felt wasn’t right for my experience. Also, I wanted to switch to the luxury sector, which was why it made sense for me to study it in the heart of luxury: PARIS! This is what brought me to ESSEC Business School, where I received my MBA specializing in International Luxury Brand Management.

A WILD RIDE! I left my family, close friends and a cushy job back in New York City. This meant, it was up to me to figure out how to navigate this new country. Everything from dealing with the visa process (or French administration, in general) opening a bank account, to finding an apartment, to getting a phone contract. My safety net in a country that I was so familiar with was taken away, which is why it was so terrifying! In moving abroad, however, it has taught me so much about myself, life and how to be open to so many other cultures.

There were certain aspects of my life that were similar to New York. I still enjoyed meeting up for coffee or drinks with friends, going on dates (although even in New York I had dated a lot of French guys so I guess that part was similar,) going to great dinners, and visiting exhibitions and museums. Everything that I was discovering in Paris was new – I was going to museums I had never been to before, running through parks I was unfamiliar with, eating at new restaurants, exploring new neighborhoods… etc.

I was also exposed to so many other cultures thanks to my diverse group of classmates. I became friends with people from India, China, Hong Kong, Korea, Russia, Brazil, Mexico and many others. In class, we studied what was going on in many of these markets but I learned so much more from speaking with my classmates about their lives and the culture in their home countries. This allowed me to be so much more open to other cultures and is one of the best things I took away from this experience.

I was often asked by Americans back home, how I was treated as an American in Paris. Overall, I found that the French were quiet friendly, as long as you always said “bonjour.” I am not going to sugarcoat it… I definitely had my moments of frustration with them but after living in NYC, I’ve learned to develop a bit of a tough skin.

What will I miss the most:

I was lucky enough to have met some of the most amazing people in Paris. I would not have had the same experience if I wasn’t surrounded by such an awesome group of friends. When you move away from your close friends and family, your friends abroad become a sort of family. These are people that have been there for me through the good times and the bad, I could not be more thankful to have them in my life. As much as we are in contact through Facetime video now that I am back in the U.S., it still does not replace being with them in person. Unfortunately, this is just a part of life, but I know that I have made some lifelong friends.

I will definitely miss being “exotic.” This was the first time in my life where I was the one with a foreign accent. When I went on dates or met other friend people, I was considered to be very different than the average girl because I was foreign. Not only was my accent foreign, but the way I looked at life was different because of growing up in America.

It is without a doubt, the most beautiful city I’ve ever visited. There were so many times I was just in awe of the beautiful architecture, monuments, and parks. EVERY TIME I passed by the Eiffel Tower, I was amazed (especially when it was lit up at night.)

Go for your Dreams! It might take time to make them happen, and it might be terrifying to do. Both would certainly apply to my situation! As Wayne Gretzky once said, however, “You miss 100% of the shots you don’t take”. 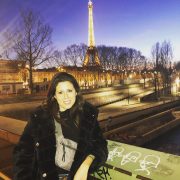 Jenny is an American who lived in Paris to pursue her MBA degree, she's fluent in both French and English.