In the month of April we found some amazing travel bloggers around the world. Everyday on Twitter, we feature #JetsetterOfTheDay to bring the travel community closer together. Since kicking off the campaign, we’ve found the most active jetsetters to feature in this article as Jetsetter of the Month. We love giving shoutouts to those who aim to highlight various cultures around the world.

Our Jetsetter of the Day is @LightTravelsCo because she just visited Tokyo, one of our favorite places ever! #jetsetteroftheday pic.twitter.com/OhIYnZTbel

Carly Nogawski is a 24-year-old travel blogger from LA who is traveling the entire world on a tight budget. She shares the best travel tips and hacks about how to afford luxury travel!

Our Jetsetter of the Day is @FarEastAdvTravl because he is currently exploring all Asia has to offer! #jetsetteroftheday pic.twitter.com/TuX8VSt4FN

John Saboe gives amazing information and guidelines on how and where to travel in the Far East. He has some amazing recommendations and takes videos of all the places he visits.

Our Jetsetters of the Day are @LoveandRoad because they gave us their normal lives to travel the world together! #jetsetteroftheday pic.twitter.com/TrAFyo0jOK

Nat and Rob quit their jobs and sold everything to travel the world. They have amazing tips on traveling for an affordable price tag and know the best coffee spots, restaurants, and beaches around the world.

Our Jetsetter of the Day is @MalloryOnTravel because he takes the most brilliant pictures of his travels #Jetsetteroftheday pic.twitter.com/Z2FpnWCuJq

Ian Mallory is a freelance photographer who takes stunning pictures of his travels throughout the globe. His pictures make us so excited to see the world.

Who do you think should be our Twitter’s Jetsetter of the day? Let us know by tweeting @jetsettimes. 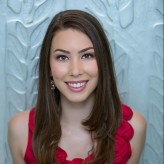 Brooke is a Los Angeles native currently studying Business Administration at UC Berkeley. You can find her at the mall, yoga studio, or dining at new local restaurants.

How To Run ROMs On GBA Game Emulator

How To Hack iOS Games Using iFunbox And Other Applications

Mobile Applications Designed To Take You On An Adventure

10 Most Romantic Small Towns In Europe