I explored Beijing’s Temple of Heaven during a chilly winter morning without knowing what to expect.

I traversed to this beautiful tourist attraction with the misguided assumption that it would only be one magnificent building and a relatively short visit (I had not done any research on the place). To my surprise, the Temple of Heaven turned out to be a complex of structures where deeply religious and sacrificial practices occur.

The Temple of Heaven is in Beijing’s Chongwen District and was built during Ming Dynasty. Chinese Emperors were considered “Sons of Heaven” and represented heavenly authority on earth. Emperors of the Ming and Qing dynasty visited this religious site involving elaborate ceremonies and praying for good harvest.

The surrounding Temple of Heaven Park was massive as it reaches about 2,700,000 square meters! I walked through the entrance gates and instantly witnessed locals inside the park. A lady was leading a group of ten or so, practicing the art of Tai Chi while others were dancing around the front gate. I walked from Zhaoheng Gate, or the South gate, to the Circular Mound Alter.

The Circular Mound Alter was a wide space where the past Emperors would stand on a circular platform. During Winter Solstice, they personally presented sacrifices to Heaven. I reached the Circular Mound of the Alter by walking up the stairs reaching a large, openly rounded space.  I was lucky enough to be able to stand on the Circular Mound, where once, only Emperors could stand.

On the highest terrace of the Circular Mound were nine stones called: Heavenly Centre Stone. The nine stones symbolized nine heavens. Clearly, “nine” is still considered a divine number in the Chinese culture. At the Circular Mound Altar, the number nine and multiples of nine were an extremely prominent component of the architecture.

The Temple of Heaven’s splendid architecture remains to be one the of significant reasons why tourists arrive. The complex’s design and symbolic layout were major achievements during such a historical period and it had a massive influence on Eastern architectures. As I continued through the area, I saw the Imperial Vault of Heaven and the Hall of Prayer for Good Harvests. Both buildings contained rich religious meaning, but the architecture was truly striking. The beautiful circular designs and layered roof tops were magnificent while sustained authenticity in nature.

A memorable moment of my trip to the Temple of Heaven occurred as I was leaving.  An elderly population was right outside of the Park. In the middle of the winter, these people were hanging out, smoking, and playing many different Chinese games. The Temple of Heaven Park appeared to attract both locals and tourists. To me, the whole experience was the perfect combination of Chinese history, local settings, and wonderful architecture certainly unlike anything else. 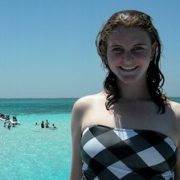 5 Amazing Destinations To Catch On A Layover

5 Areas In Beijing To Bring Home The Best Souvenirs