It was at that point that I decided to pursue the Groove House dream – a cozy guesthouse in the mountains that will particularly welcome people whose hearts are touched by music and who want to explore a deeper connection with it.

Every so often, we love to bring you stories of inspiring travelers who are making dreams come true. Gennaro’s journey around the world is an inspiring one: climbing Mt Everest, breaking world records, and now he’s building a guesthouse to welcome other travelers with music. I hope you’ll be motivated by his story and find ways to be educated by your worldly experiences just as he did. Xo, Wendy

They say that traveling is the best form of education, and seeing as I first heard this from my university lecturer, it’s a little pearl of wisdom that stuck with me since finally escaping the academic treadmill in 2006. What was so important about exploring the world, I wondered. Was there more to it than sightseeing or getting to know other cultures?

Personally I’ve come to see traveling as a reflection of an inner and spiritual journey. By ‘spiritual’ I mean having to do with a sense of oneness with the world, which I think we can get a taste of by understanding and empathizing with people from societies that seem alien to us. Getting a bigger picture of humanity as a whole might get us to see beyond its many shades.

Once I got my feet wet as a windsurf instructor in a few countries I was attracted by the idea of diving in the deep end and being fully immersed in the extreme cultures. Armed with an English teaching qualification I flew to India to try and get a reasonable understanding of the Eastern mindset.

The easiest way I found to start breaking down social and cultural barriers was through music. Within such a spiritual environment, jam sessions started to reveal a deeper aspect to music; loosing yourself in it seemed to encourage a genuine harmony and unity between the musicians.

After two years in the Indian subcontinent I had an urge to experience the other end of the cultural spectrum and decided that Japan would be the most suitable place. I gave one-to-one conversation classes to adults there for a year before my last lesson was suddenly interrupted by the Tohoku earthquake. With an invisible threat of Fukushima’s nuclear fallout I couldn’t stay much longer.

It was at that point that I decided to pursue the Groove House dream – a cozy guesthouse in the mountains that will particularly welcome people whose hearts are touched by music and who want to explore a deeper connection with it. I felt there was a need for a homely place that would bring musicians and music lovers together, reignite their passion for music, and help them realize their full creative potential in an inspirational atmosphere.

Various friends had mentioned similar ideas since school, from music venues with bedrooms, to hotels with state-of-the-art recording studio…and I wanted to incorporate a spiritual element to it. I’d previously discovered on a Buddhist/artists retreat how meditation can help awaken the artist inside and so I delved deeply into this in my Masters degree. It was fascinating to learn how mindfulness can have such a positive impact on the arts.

The first thing I thought was necessary to get the ball rolling was to build enough music contacts. I came across a job offer to work as the official photographer for an attempt to break a Guinness record for the world’s highest concert near Mt Everest. The fundraising trip was organized by Music4Children, a non-profit that offers support for children who were affected by the Nepalese civil war. When we came back from the successful three-week journey I was lucky enough to be invited to work for the charity as the Event Manager.

After being involved in some ten music festivals in London I wanted to gain experience in the hospitality industry. I soon worked my way up from cleaning jobs at hostels to managing a successful guesthouse in Canada. The last but crucial step was then to find the right location. I drove 6,500 miles across Europe in search for the perfect place, which has so far been narrowed down to Portugal where I’m currently looking for property.

The activities at the Groove House will range from meditation classes, to group drumming sessions, to listening workshops…ultimately anything that relaxes the mind enough to tap into that huge reservoir of potential within us all. We’ll wrap up each day with a big jam session at sunset, overlooking an inspiring view of nature.

Once the place is up and running in around two years I hope you can come visit one day and get into the groove, whether as an artist, musician, or music lover. In the same way that you’ve become an effortless master of your own mother tongue, reaching a level of mastery with the arts might be closer than you think.

Keep up with Groove House’s developments by following its Facebook page. 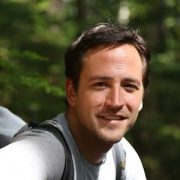 As the creator of Groove House in Portugal, Gennaro is a world traveler who has even broken the Guinness World Records. He created Groove House to welcome individuals whose hearts are touched by music and who want to explore a deeper connection with it.

5 Things To Do In Portugal For Families

Your Ultimate Guide To Guimarães: The Birthplace Of Portugal

24 Hours In Aveiro: Venice Of Portugal