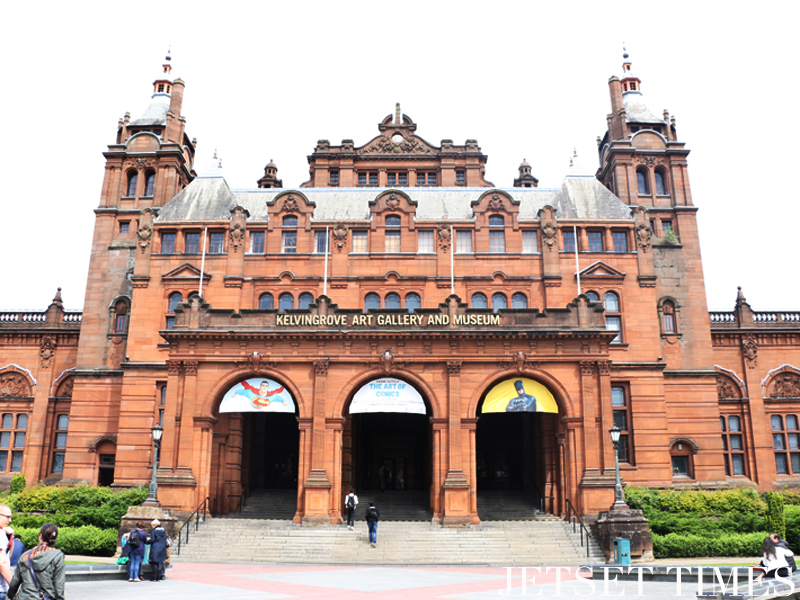 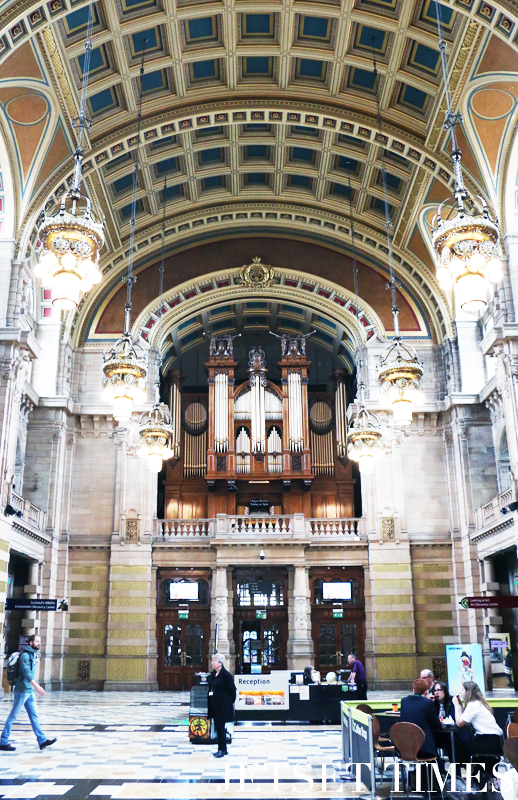 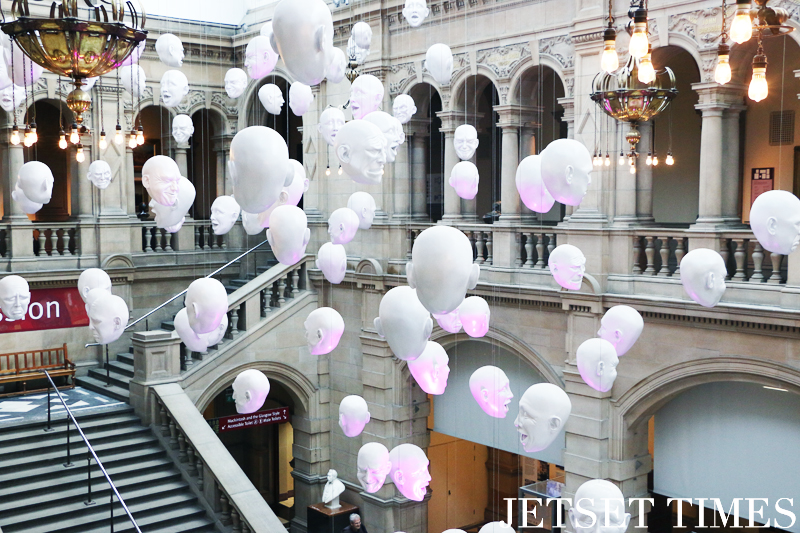 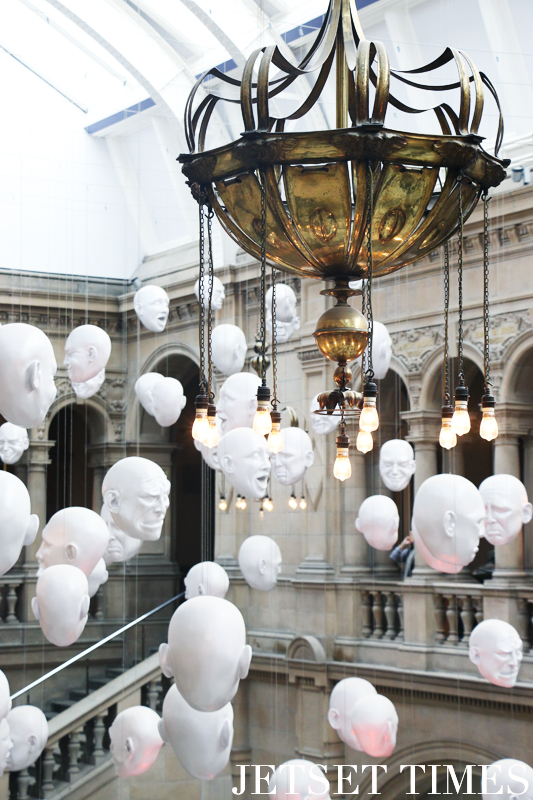 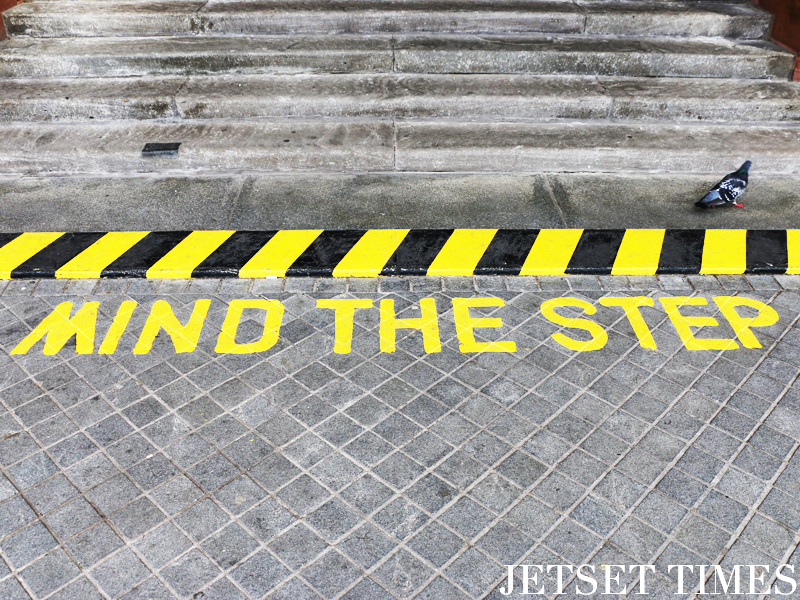 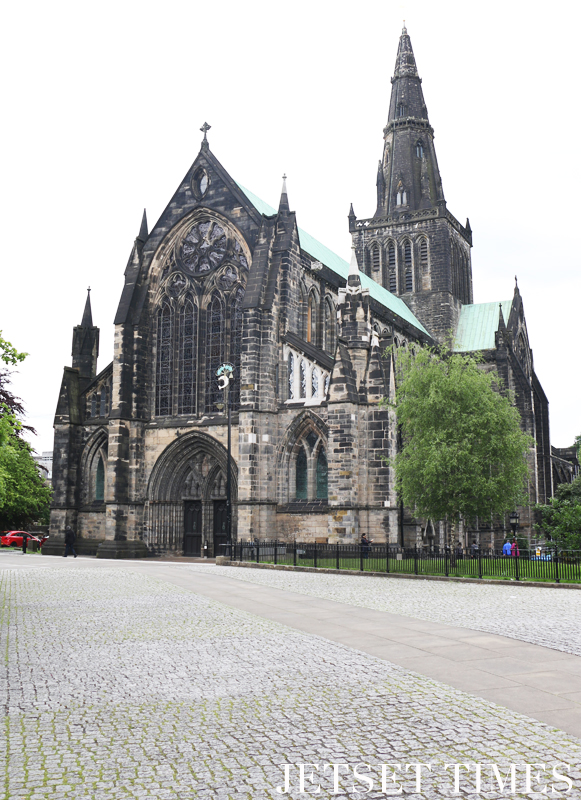 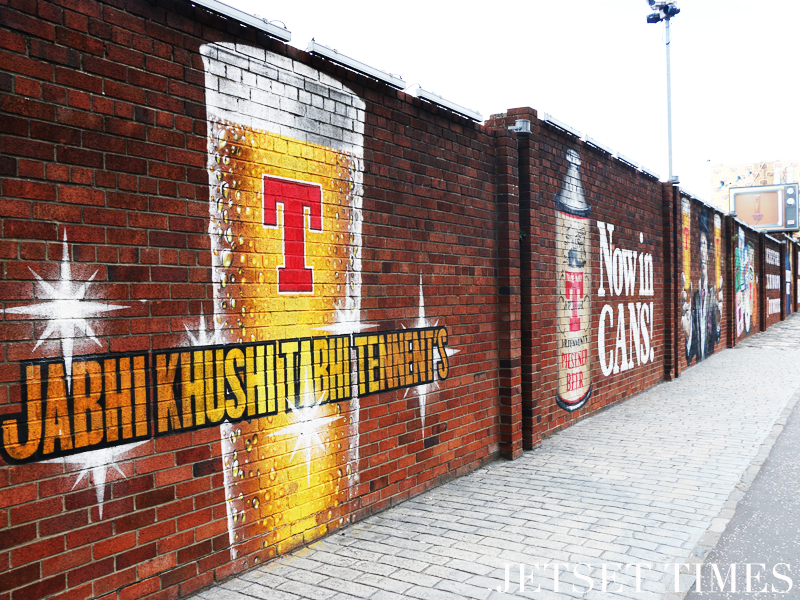 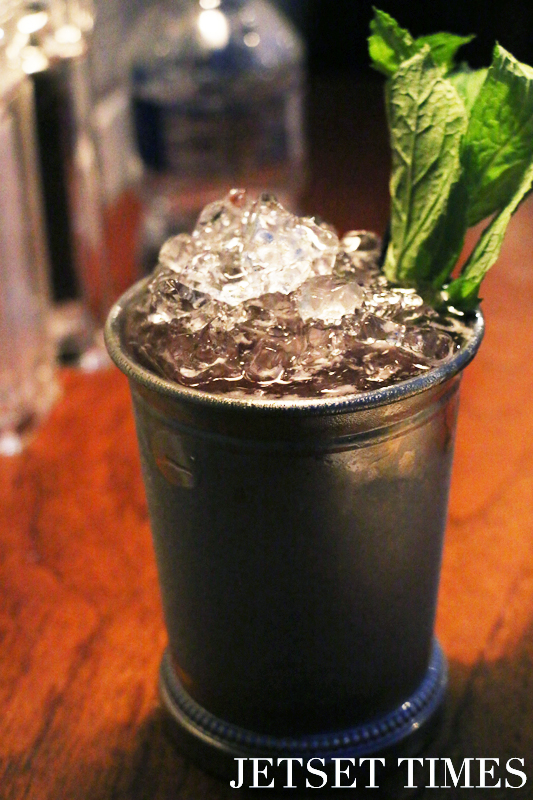 These floating heads literally turn heads inside the museum.

Rain or not shine…

Drizzles of rain sprinkles the urban stretch along River Clyde. Cloudbursts murmur over misty West Central Lowlands. Thousands of raindrops dash along busy footsteps inside Queen Street Station. Rob, a native Glaswegian, told me, “the rain never bothers me. We get used to it, in the end, it’s just rain.”

Easy for a local to say. For any wanderlust thriving on the liberty of outdoor expeditions, getting used to the Glasgow rain is somewhat of a strenuous task. Fortunately, the Kelvingrove Art Gallery and Museum as well as the Wellpark Brewery make the Glasgow experience dry and remarkably captivating. Then again, it wouldn’t be Scotland if a whole lot of rain wasn’t braided into itineraries.

Glasgow – the largest city in Scotland – is admiringly hailed as the industrial center by its people. Even the habitual precipitation can’t put a stop on Glaswegian’s rapid speed, or ignite frowns on their hospitable spirits. Boomed from a petite rural settlement, today’s Glasgow is Britain’s largest seaport. Heightened by the prestige of University of Glasgow in the 15th century, the city’s profile prospered into Scottish Enlightenment’s major player 300 years after. Thanks to accelerated growth in engineering, textiles, chemicals and shipbuilding during the Industrial Revolution, Glasgow has been renowned for its urban renewal. As the highest density in population compared to any other Scottish city, a night out on Ashton Lane comes with trendy restaurants, hip whiskey bars frequented by cool and incredibly friendly crowds.

Rain or not shine, a trip to Glasgow is a glimpse into Scotland’s urban modernity and unpretentious kindness. All to make its gloomy climate easier for acclimatization.

How To Swap Your Overseas Holiday Plans For A UK Stay

Aberdeen: 5 Attractions You Must Visit

5 Ultimate Tips From A Whisky Connoisseur

Peek Inside The Old Course At St. Andrew’s