The thriving Los Angeles craft beer and bar scene continues to heat up with the opening of Barrel Down on 525 West 7th Street in Downtown L.A. on Thursday, May 28th, just in time for LA Beer Week.

The new communal watering hole, Barrel Down, unleashed 40 taps (including 6 nitro taps) focused on the very best of American craft varieties, thoughtful cocktail and wine selections, and inspired, market-driven cuisine created by Derrick de Jesus (formerly of Alma, Allumette, and Union). Together, these elements form a concept that both ale aficionados and food lovers can get down with: a beer sanctuary that takes its pristine taps as seriously as its modern Americana menu.

President of MBBC Inc. (the group of investors behind the concept) Mike Winn told said:

I’ve always been a believer that the best place to drink is in good company. We are excited to share this philosophy with the downtown community. Hospitality continues to be a driving force in the resurgence of Downtown L.A., and we look to raise the bar once again with the opening of Barrel Down.

Barrel Down will boast an impressive rotating beer list comprised of some of the nation’s most sought-after craft suds. The “Core List” of twenty brews that are every bit as diverse as they are delicious will include the likes of Almanac Beer Company’s Delores Farmhouse Ale (San Francisco, CA), Bell’s Brewing Amber Red Ale (Kalamazoo, MI), and Left Hand Brewing’s Milk Stout (Longmont, CO). In addition to the extensive drafts, there will be a rotating list of bottled brews in shareable sizes of 22oz and 750ml. Homebrewer in or near Downtown? The fellas at Barrel Down have thought of everything, and will also be the headquarters for the DTLA Homebrewers Club.

The cocktail list features small batch and brewery-produced craft spirits such as Ballast Point’s Fugu vodka and Three Sheets rum. Specialty cocktails will include a barrel-aged Old Fashioned on draft and a Ginger Kombucha Mule. Meanwhile, the wine-inclined can find comfort in a selection of sustainably harvested varietals hand-selected by MBBC Vice President Jordan Chiu, a Bay-area bred restaurateur and winemaker who formerly consulted at the Hillstone Restaurant and Soho House Groups.

Whether it’s a business lunch among coworkers or a casual dinner experience at any of the Pullman booths bordering one of Downtown L.A.’s longest bars, diners will enjoy Executive Chef Derrick de Jesus’ approach to the menu of sandwiches and salads, shared plates and personal dishes. For the table, there is the delightfully crispy Cauliflower Popcorn with ginger aioli and a chili lime vinaigrette, or the K-town Wings bringing the fire with de Jesus’s 5-Chile sauce – both perfect complements to any beer. Follow that up with the Barrel Down Burger – a dry-aged sirloin with smoked white cheddar, zucchini pickles, caramelized onion, and red leaf lettuce – or the Pecan & Pear salad with Asian pears, Belgian endive, arugula, spiced pecans, and a drizzled maple vinaigrette. And for dessert, de Jesus knows there’s always room for either the Apple Hand Pie with warm diced apples and a housemade crust, or the Bourbon Street bread pudding that warms the soul with chocolate, banana, brown sugar pecans, and, of course, bourbon.

“For me, cooking is about redefining expectations of what to expect in a neighborhood restaurant,” said de Jesus. “I’ll be using a modern approach to Americana food without losing its heart and soul.”

We got to chat with Chef Derrick de Jesus about his favorites from the Barrel Down menu and what inspires his brew-paired eats.

JST: What were your thoughts going into planning the menu to complement the extensive beer list? Did you think “beer pairings?”

Chef Derrick de Jesus: When I started crafting Barrel Down’s menu, beer pairings were definitely a consideration. I thought of beer as another ingredient, with its bitterness, acidity, and effervescence playing off the ingredients in my dishes. By thinking of it this way, I hope to avoid falling into the trap of traditional pairings – I’ve also had a lot of experience with wine and sake pairings, so beer felt like a natural next step.

JST: What is one of your most exciting dishes?

Chef Derrick de Jesus: I never get tired of carrots – I’ve had a carrot dish on every menu I’ve written for the last few years! The BBQ Carrots I make at Barrel Down are slow roasted in carrot juice, turmeric, galangal and lemon grass. Then they are charred on the flat top and glazed with honey vinegar and house fermented chile. I place them on top of seasoned yogurt and finish with caramelized yogurt, sunflower seeds and sesame seeds.

JST: What is your favorite part about LA’s culinary scene?

Chef Derrick de Jesus: I love that the chefs here take advantage of cooking their way in a variety of venues with pop-ups, private dining, food trucks, etc. They are constantly pushing the envelope on how we cook and serve food, and that’s what keeps LA’s culinary scene so interesting.

JST: What will customers find unique about Barrel Down?

Chef Derrick de Jesus: Barrel Down’s setting and truly refined approach to cuisine is definitely unique. When most people think about the food served at an American beer hall, they don’t exactly associate the word “refined” with it. We’re changing that. I source my ingredients from the same farms and butchers that I have since my time with Alma and Allumette. All the elevated techniques and habits are there, we just present it in a very relaxed atmosphere. We do a burger and we do a fried chicken sandwich, but we definitely make sure to add some unique touches to those classics.

JST: What country or cuisine most influences your cooking?

Chef Derrick de Jesus: Really, it’s all about Los Angeles in my cooking. I’ve been able to stage abroad in Europe and Mexico City, which plays a role, but my cooking is LA-influenced through and through. At Barrel Down, I also infused a bit of Nordic cuisine to play off the beer hall experience and offer some fun dining that can only be had on our block with our team.

The laidback menu is enhanced by AIA Award-winning Downtown L.A.-based designer Ricki Kline’s inviting use of space. This is no beer dungeon: the high-ceilinged expanse of light, wood and concrete with different seating opportunities for different moods is complemented by white brick walls and warm, rough-hewn finishes, and accordion doors open to an urban patio on 7th Street, bringing the downtown experience to Barrel Down’s guests.

Barrel Down is located at 525 West 7th Street, Los Angeles, CA 90014-2501, and will initially be open daily at 4pm weekdays for Social Hour (4 – 7pm), dinner, and late-night dining, with lunch service coming soon. Evening hours are until 1am (Monday – Wednesday), 2am (Thursday – Saturday), and12am (Sunday). For more information, visit www.BarrelDownDTLA.com. 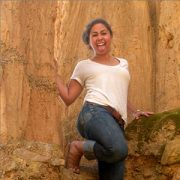 Savor Your Summer At Ivory On Sunset in West Hollywood

Brands We Can Get Behind At Natural Products Expo

Follow This Guide For Weekend Well Spent In LA