… So I decided to test out its traditional apple tart recipe from the cookbook.

Like many of you stuck at home, I have been spending a lot of time in my kitchen. Whether it be from the vast amount of consumption that takes place there, the frequent walks to the refrigerator, and attempting to become a professional chef – the kitchen has become my source of joy in quarantined times. So when I found my grandmother’s traditional Dutch cookbook from 1895, “Recepten van de Haagsche Kookschool” which translates to “Recipes from the Den Haag Cooking School” I knew what I was going to do. I was going to make a traditional Dutch apple tart or appeltaart.

De Haagsche Kookschool was the first formal cooking education in the Netherlands and was founded in 1888. The school was designed to teach women of all classes about cooking and keeping culinary staff. The women asked for the cookbook to be made because it took too long to write down the recipes by hand.

Recognition of the Dutch appeltaart goes back to the 1600s. It is different from a typical apple pie because of the inside apple mixture (which typically included currants, nuts and apple puree).

Dutch culture is famous for an afternoon “koffie en koek” meaning “coffee and biscuit”. And a popular “koek” option is the appeltaart. In times like these, this is the perfect tradition to include in day to day activities. It never hurts to surprise whoever you are quarantined with (or just yourself!) with fresh baked goods.

The appeltaart recipe in “Recepten van de Haagsche Kookschool” shared the ingredients and the steps for the recipe. The steps are basic and don’t include the temperature that you should put your oven on, among other things. So I made some educated guesses when it comes to parts of the recipe which I will explain with a *.

*I kneaded the flour and butter together first until it became like bread crumbs.

*** I made my puree by first chopping and peeling the apples and then putting them in a stainless steel pot on medium heat until they softened (around 10 minutes). I used raisins instead of currants and put them in the mix too. I mashed the apples with a fork. I added the sugar and almonds after the apples had softened.

I let the tart cool for around 30 minutes before diving in. The tart is best appreciated with a warm beverage and good conversation, either in person or over Zoom. So give this recipe a try and #TravelFromHome during this self-isolation. 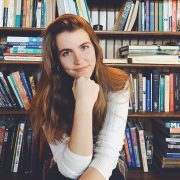 Why Michelada Is All The Spanish You Need To Know

How To Make An Easy DIY Brazilian Caipirinha