High hopes for the future of KPOP in the west after attending my first Girl KPOP Group concert.

As a KPOP fan over the past couple of years, I have not had many opportunities to get into girl KPOP groups.

Very rarely do KPOP girl groups tour abroad, with the exception of attending a KPOP festival every so often. This past year has seen an upward trend of girl groups touring in North America, due to the requirement of Korean men’s mandatory enlistment by the age of 30 for 2 years. As the demand for KPOP becomes greater in Western countries and most of the popular KPOP male groups are nearing enlistment, girl groups have been breaking former history and starting tours in the Western world. 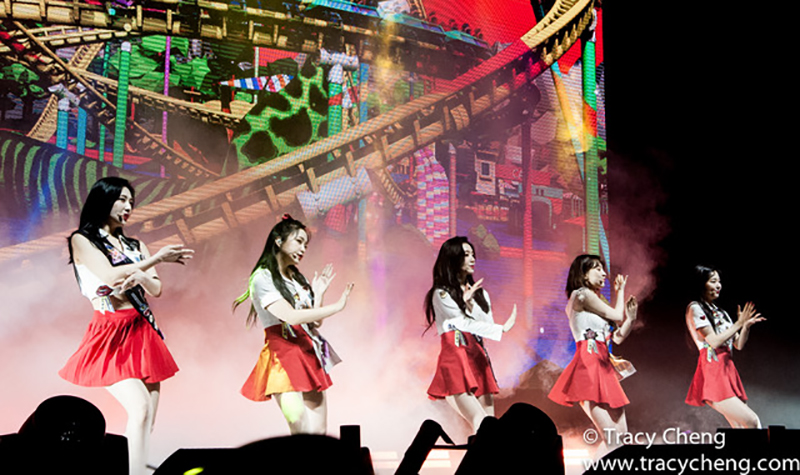 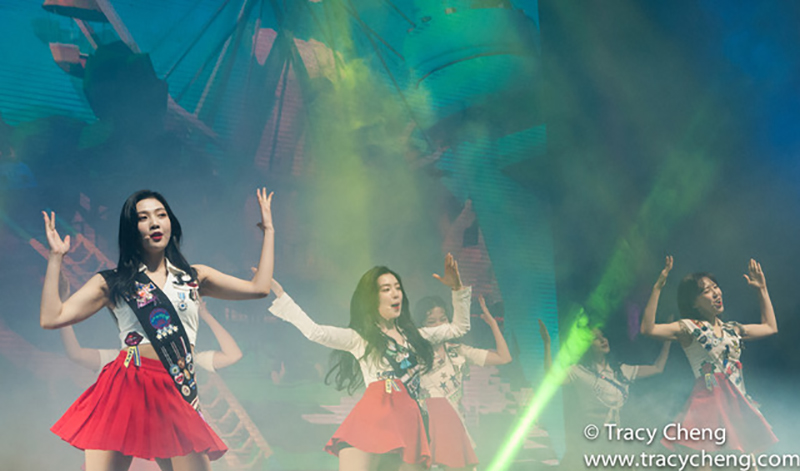 Red Velvet is a group I’ve been able to watch only at a few KPOP festivals, and it was a delight to hear that they were having a tour abroad.  I was able to watch their concert for the first time at the Pasadena Civic Auditorium on the first stop of #RedMareinUSA tour.  As my exposure to KPOP girl groups has not been as high as I’d like over the past couple of years, I did not know what to expect. My understanding of girl groups are either having cute schoolgirl images, or an edgy/sexy image, neither of which seemed to fit my knowledge of Red Velvet as a group. I was pleasantly surprised by the quality of the videos – it did seem to cater more to a childlike audience though, as the opening video was filmed in what appeared to be an Alice In Wonderland-like theme park. This slowly progressed to a weird twist that got everyone’s attention by the end of the concert, just like Alice in Wonderland has its own twists. 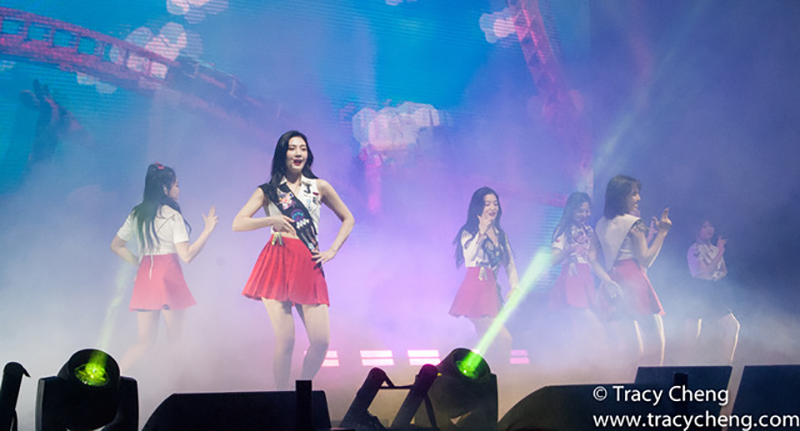 When the Red Velvet members came out and started performing, I was immediately impressed by the synchronized dance steps. Being a dancer myself and having watched a lot of KPOP groups perform, my standards for synchronized dancing has gotten quite high during the past couple of years. So much so, that I did not expect to be too impressed with girl groups’ choreographies. Based on the amount of KPOP groups I’ve watched online or in person, I am usually only impressed with boy groups as it is only guys that have the intricate dance steps in their performances. Girl groups tend to focus more on image and being ‘sexy’ or cute, that intricate choreography was never a main focus point for them. While Red Velvet also doesn’t necessarily sell themselves as a dance group as their main group concept, it was definitely what drew my attention. Aside from being synchronized, I loved that their dance was not too sexy/edgy and not too cute – it was the right balance in between and very age-appropriate for the crowd. Because Red Velvet did not have very revealing clothing or very suggestive/explicit dances to draw the attention away from their performance, they were truly able to showcase how talented they were in singing and dancing. 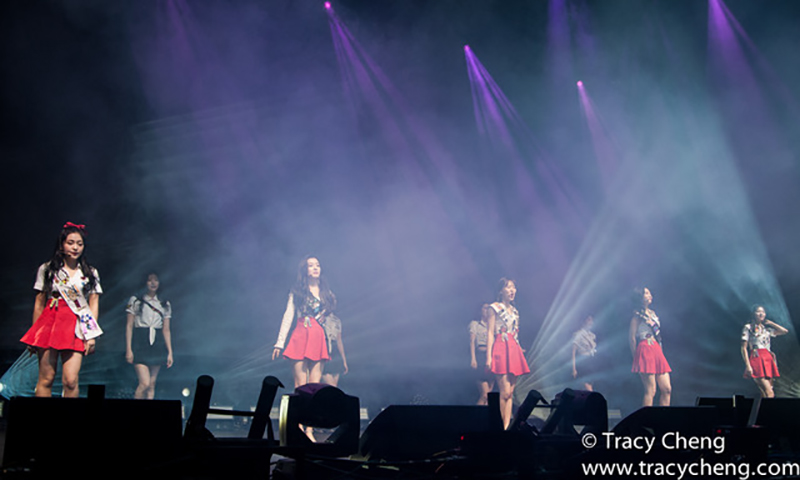 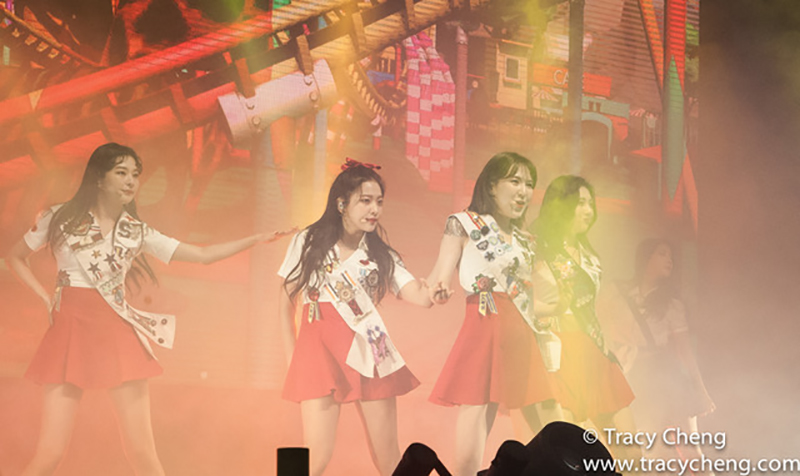 Another thing that drew my attention was the energy of the crowd. KPOP concerts always draw great energetic fans, and the American audiences never fail to disappoint in this regard. However, as girl groups do tend to draw less of a following than the major boy groups, I was pleased to see that at my first girl KPOP group concert, the energy was no less than that of a boy KPOP group performing.

Red Velvet’s concert in LA gave me high hopes for future girl groups touring in the USA. Hopefully, the Western world will start to realize that KPOP is for everyone – not just Asians and/or teenage girls – and that it’s not just about the guys looking hot and the girls being cute or sexy. Talent is abundant in KPOP amongst girls and guys!

Tracy loves photography and documenting her travels. She has lived in Hong Kong, London, Toronto and Los Angeles, and has a piece of her heart in each city.

Why The Super Bloom Has All Of SoCal Going Insane

How To Spend A Weekend In Laguna Beach