Who says the middle of the U.S. does not have any hidden gems?

As of now, I have covered two Midwestern states in my column. Now, I will add a third, Nebraska. Nebraska is in the middle of the country, and largely full of flatland/corn country. However, Omaha, the state’s largest metro area is reminiscent of a big city. Omaha is a wonderful city in the middle of the country, and I have been there 3 times in my life, the most recent being 2016. Despite not being a heavily traveled to city in the U.S., I enjoyed the time I spent in Omaha and Nebraska. I promise not to be too corny (no pun intended) about my experiences in Nebraska, so let’s get to it, here’s my favorites about Nebraska:

Omaha has a major city vibe in my opinion. To cross the entire metro area requires as much time as many other U.S. metro areas. But I think the underestimation about Omaha is that it is representative of any other town in the Heartland, and therefore very small. However, driving through downtown Omaha felt like driving through a big city.

The first time I visited Omaha in 2012, my family spent some time exploring the downtown district, seeing the zoo, the streets, the Missouri River, Creighton University, and the outside of TD Ameritrade Park, home of the College World Series. As a side note, I think it’s great Nebraska is getting recognition by having the College World Series played there. In the end of the downtown Omaha excursion, we accidentally ended up driving to Eppley Airfield, Omaha’s airport. The most interesting part was driving through a literal mile of Iowa to get to Nebraska’s airport. I guess there’s always something fascinating to learn.

Omaha downtown was completely different from the outside areas. Since Omaha is on the border of Nebraska and Iowa, expansion can only be done West. And heading West, Greater Omaha was quickly becoming suburban and expanding into the distance. There were malls, new homes being constructed, and tons of commercialization.

I remember visiting Omaha again twice in 2016 and while passing through Omaha’s metro area heading west, there were new houses along Interstate 80 being built next to the famous Midwest cornfields. Empty fields near Omaha was turning into residential development and amenities, a sign of how Omaha is on the come-up.

Omaha offers attractions that can interest many travelers, such as museums, plenty of parks, the lakefront, and the entire Greater Omaha. As for the rest of the state? Even I have not ventured outside of Omaha, so that’s your experience to create and your story to write about in the future. 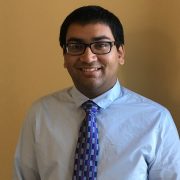