A guy with thick black hair and a pouty bottom lip turned to me, and said, “Hey, I’m Jeff. What’s your race? I can’t seem to figure you out.” 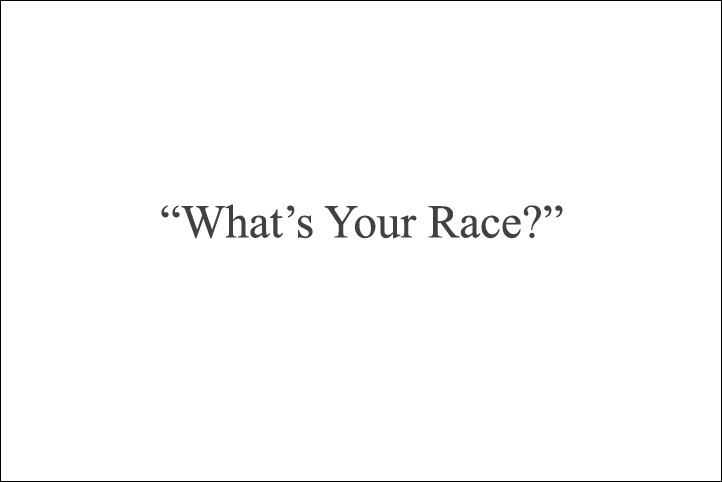 I was visiting a friend in New Orleans, Louisiana. After a long day of parade watching and drinking I-Wanna-Dance-With-Somebody punch, we stopped by 12 Mile High for a drink. The bar was a cozy dive place where most people sipped on Abitas and wandered in and out to get air or have a cigarette.

We had just gotten our drinks and formed a small circle with a few people we knew from around. I wasn’t talking to anyone in particular so I started to zone out a bit, estimating how long the bathroom line would take.

A guy with thick black hair and a pouty bottom lip turned to me, and said, “Hey, I’m Jeff. What’s your race? I can’t seem to figure you out.”

I was startled by his candor and rapidly put off by the way he was looking at me like some exotic dish. Put down your fork, punk. I felt naked and uncomfortable, like he was studying my features for clues. At the same time, I had a burst of anxiety about my race. Or is it my ethnicity? Would my answer impress or not impress him?  Why was I even thinking about it?

“American,” I said carefully, testing him as I took another sip of my beer.

I wasn’t being particularly polite, but I was already annoyed at his opening line and the urge to pee was only getting worse.

“No, I mean what are you. Where’s your family from? Can I guess?”

Guess? The fact that he was being eager and direct for some reason only irritated me more. I weighed my options: I could walk away from him abruptly as if I’m extremely offended…no, because I’m not extremely offended and he might pursue me to apologize. Or I could try to change the subject, but that would insinuate that I’m still interested in talking to this shmuck. So I ambivalently told him to go ahead.

Now I’m nervous. I’m Jewish, but that’s not necessarily my race, but I feel like I’m supposed to bring it up now for some reason. They’re not opposites, why do I feel like I should mention it? I guess I do have Persian eyebrows.

“Well what are you?”

I default to answering as if I’m enlisting in the military, keeping my eyes on the bathroom line.

“Oh, cool. A white girl then basically. Guess what I am.” 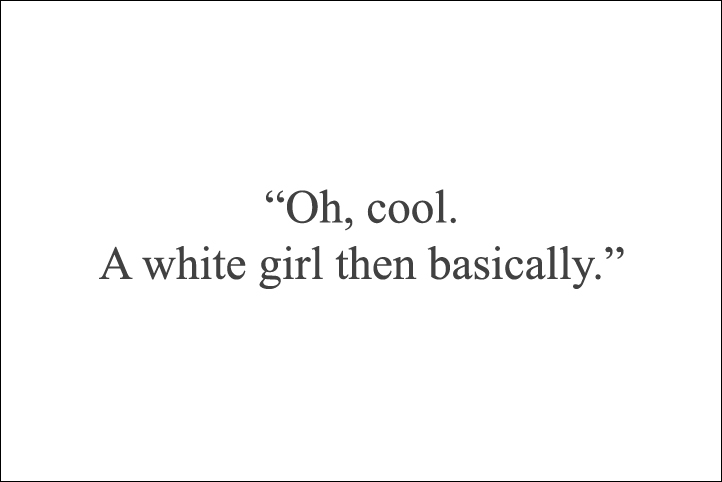 Hold up. Now I want to throw this eager beaver over the bar like a scene from some Clint Eastwood movie. I feel belittled and uninteresting; “just a white girl.” I’m embarrassed that as a woman who looks like she may be of “color,” I’m nothing more than a white-girl, a third generation Euro-American with thick eyebrows and a ski-slope nose.

But it isn’t as if I don’t have a culture. My parents raised me with bits and pieces of their European heritage: cooking sour kraut and dumplings, matzah ball soup, going to Synagogue and celebrating Easter. We were contradictions and scrambled traditions and I loved that about our family. I now hated this stupid guy in his stupid shirt for making me momentarily embarrassed of who I am. I wanted nothing more than to pour my beer on him while singing the National Anthem. Not that it would make any sense.

He was still looking at me with that glittery look guys get when they’re intrigued. He probably thought I was feisty or that my rudeness was “cute” and that he would win me over.

“I think you’re half Indian and half white.”

I said it as nonchalantly as I could. This is my out. I’ll be right or wrong and I can smile and walk away. 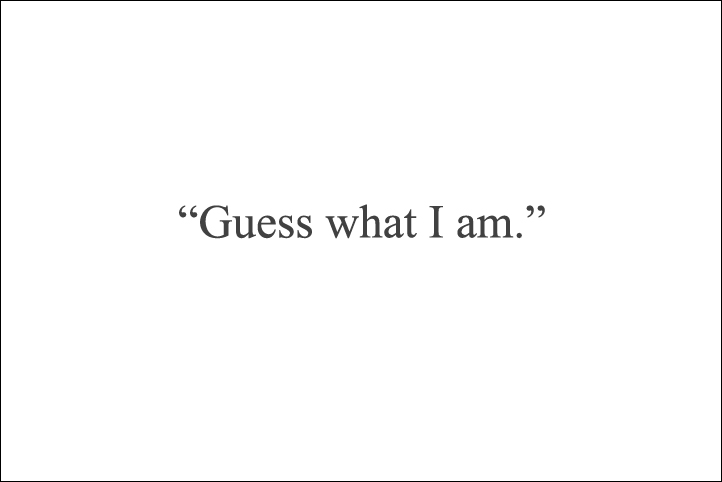 As he further animated his dumbfounded expression for dramatic effect, I shrugged.

I can’t explain what offended me in the first place, or why my background felt to me like a personal story that I wasn’t quite ready to share. Race is connotations and social SNAFUs, and in this case, I just didn’t like the direct approach. His opening line could have been the beginning of a lively conversation with another girl, but for me, it was probing and invasive. To each their own, but for me, there’s always the restroom. 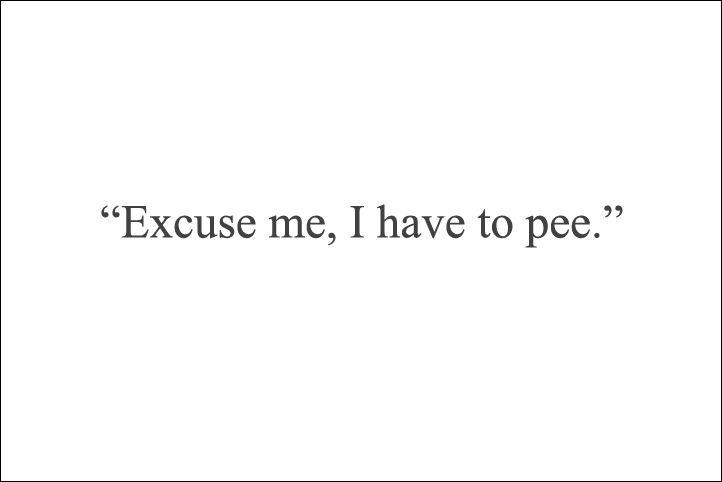