“I eventually stopped traveling 350 days a year and adopted a more balanced lifestyle that allows me to prioritize the people in my life.”

It’s more common than you may think for travelers to feel a sense of loneliness while traveling abroad, immersed in a foreign country’s unfamiliar culture. While exploring its food, traditions or customs with a group or individually, it is completely natural for you feel lonely when stepping outside of your comfort zone. Although traveling comes at the cost of experiencing many different emotions like the feeling of being alone, having all these emotions while abroad is simply what it means to be human.

What travelers Stephanie Be, Stefan Arestis and Malissa Giroux want you to know is that the feeling of loneliness in a new environment can be scary, but living in the moment and seizing each wonderful, new experience will quickly fill your empty void.

Stephanie Be is a travel blogger at TravelBreak.net and has visited over 42 countries and counting. Be is also the founder of the app BUENA.Life which caters towards helping users discover the best activates to do based on recommendations from friends and your own interest. In addition to being a traveler and entrepreneur, she is a speaker on digital marketing at colleges like NYU and UCLA.

At the times when Be has traveled solo like spending 11 months fully nomadic as well as traveling solo through South America, Asia, Middle East, America and more, she has felt a sense of freedom, independence and empowerment. However, the times when she has felt the loneliest was when she was in a group rather than by herself.

“I felt alone while traveling was when I had the time of my life with completely new friends at Yacht Week Croatia. At the end of the trip, I realized that I would probably never see these amazing people again, and that the gift of wildly interesting experiences with new people came at the cost of distance – literally and figuratively.”

Experiencing social disappointment and social highs that resulted in a social lows, led Be to feel more alone than when she was traveling solo. Coming to understand her feelings more clearly, she began to make changes, ultimately making her happier and more balanced.

“I eventually stopped traveling 350 days a year and adopted a more balanced lifestyle that allows me to prioritize the people in my life. I frequently discuss how much I value people, and it isn’t said lightly.”

Stefan Arestis is another traveler that had frequently dealt with feeling alone while on his travels abroad before marrying his husband Sebastien Chaneac. Together, they both started their gay, travel blog called nomadicboys.com. After meeting in 2009, they began their travels as a couple and went on two 18 month long trips around Asia and South America.

Like Be, Arestis has felt a sense of liberation while traveling by himself. Before he met Chaneac in 2009, Arestis’ biggest trips were his 6 months in South America and his 3 month long interrailing trip across Eastern Europe. On one hand, travelling solo had allowed him to do whatever and go wherever he wants, but had also made him feel more alone.

“The joy of traveling comes from those last-minute impulsive decisions you act on, which are easier to follow when by yourself as there is no one else to consider. The downside is that there are moments of loneliness when you miss company, especially when eating out in a restaurant.”

What made Arestis feel more comfortable and more part of a community while traveling somewhere unfamiliar was finding the LGBT scene no matter what city or country he was in. Finding people who he could relate to is what made him feel less lonely.

“For LGBTQ travelers, the gay scene always represents a terrific way to connect with fellow gay travelers and locals. We immediately have something so fundamental in common that it puts us on a different level to everyone else – almost like we’re a “family,” which makes it easier to connect.”

Malissa Giroux is a Canadian, travel blogger who has hitch-hiked the Canadian Rockies, backpacked in Southeast Asia and lived in Australia, UK and Bali. On her two travel blogs A Broken Backpack and Nomad Life 101, she covers budgeting travel tips and travel resources amongst many other topics. For Giroux, loneliness while traveling occurs when she feels like she’s constantly outside of her comfort zone.

“Sometimes, I do feel alone when I’m facing bigger obstacles, or challenging situations. When you move to a new city for example, then you have to socialize again. It just feels overwhelming at times.”

Giroux, Arestis and Be all suggested that a way to combat the sense of loneliness many travelers feel is to situate yourself in a social or community area like a hostel. There, you are more likely to engage and close the gap of feeling alone. Be said being able to relate to other travelers is a crucial connection you’ll come across while abroad that will fill your time abroad with others just like you.

“Whether you’re traveling solo or in a group, most people will be very kind. I encourage anyone that has fears of solo travel or being lonely while traveling, to travel anyways. There’s something special about being different as a travelers, and a bond that brings us together.” 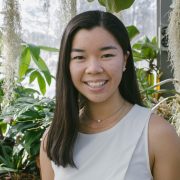 Noa is a true New Yorker and thrives on a non-stop, busy lifestyle. She’s loves staying active and is always looking forward to the next adventure that crosses her path. When she’s not on the move, you can find her watching Animal Planet or trying a new pasta recipe.

How To Become A Broker

What Is Delta 8 THC?

How Can A CBD Balm Help Reduce Travel Anxiety?