Eventually, with this Earth will not contain the resources to provide for such selfish expansion and instead will revert back to a new form of urban living focused on community interaction, public green spaces, efficient public transit, and a safe pedestrian realm.

America developed around the concept of settlement of the Wild West, a seemingly infinite expanse of land eventually surveyed and gridded for real estate purposes. Instead of investment in improvement of a rapid mass transit system to serve the nation, the States chose to invest in the infrastructure of the Interstate Highway system, ultimately fostering our dependence on foreign oil and auto-dependent suburban housing developments. This privatized land grab upon first glance seems like a fine idea: everyone gets their own home situated on an acre of land with a lawn, a pool and a backyard. Unfortunately, suburban paradise comes with its consequences: traffic congestion, an unsustainable allocation of natural resources, and a loss of a sense of place. Eventually, with this Earth will not contain the resources to provide for such selfish expansion and instead will revert back to a new form of urban living focused on community interaction, public green spaces, efficient public transit, and a safe pedestrian realm.

Suburban life, in a broad sense, is not real life, but rather a boiled down façade upon reality. Suburban living equates to surfing the internet in Google’s safe search mode, making it a popular draw for families seeking solace from potential danger.  However, the promotion of this style of living represents nothing less than a propagandized argument for wastefulness, a lack of community social interaction, and auto-dependent developments.

After moving from the San Diego suburbs to the dense urban environment of La Eixample extension of Barcelona and riding the rails through nearly every country in Europe and Northern Africa, I come well equipped in terms of experiencing different types of environments. Urban settings promote social interaction, proliferation of local restaurants, cafes and small-scale stores, and a sense of place to those who inhabit them. These places provide a forum for not only day-to-day activities, but also help to facilitate public assembly.

In my time in Barcelona, unemployment in Spain soared to over 20% and nearly weekly marches would occur on the streets of the city. Those assembling notified the city which streets they would be occupying beforehand so as to allow police crews to properly close certain sections of the city to traffic. Such powerful gatherings simply would not occur in the sparsely populated suburbs helping to fortify the downtown urban environment a dynamic public place. Soon upon the horizon, our world’s natural resources will not be able to sustain continued suburban development and Americans will start moving into cities, bringing urban life back into places like Detroit, Baltimore, and San Diego. The change is imminent; are you ready? 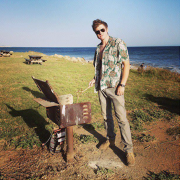 As a San Diego native, Louis lives by his ultimate travel tip: take a minute in each place you visit to collect your thoughts and write them down. They tend to be invaluable when you look back in the future.

Spain’s Drug Culture: Is It The New Amsterdam?