Little did I know the extent of poignancy Nepal would trigger and I owe it all to its incredibly kind people. 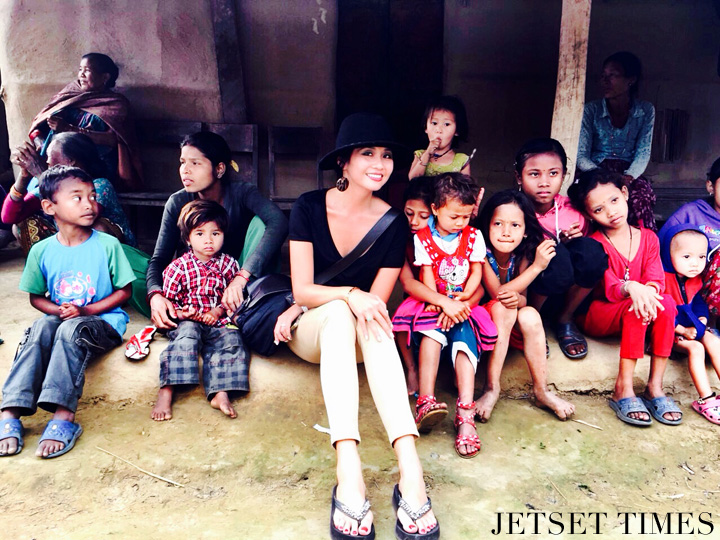 Two weeks ago, I had just flown back from Paris to my home town in Taipei. Within 24 hours, the city experienced 4 earthquakes with the first one striking at 6.4 magnitude. Growing up in, what I often call “the land of shakes,” one would think I’d be used to sporadic quakes lasting 10 seconds at a time. Four in one day, though, jolted even natives like me especially when my home is situated next to one of the tallest buildings in the world.

Little did I know, the earthquakes shifted to Southeast Asia. In a few days, Nepal was destroyed by an even bigger monster: Gorkha Earthquake. At 7.8 magnitude (while some speculate 8.1,) Gorkha killed more than 7,000 people, with the number expected to rise. Horrid devastation has left the world rushing to relief efforts, hearts sunken in agony.

Two months ago, my family and I finally made it to Nepal. I have to admit, I wasn’t overly excited about the trip initially. Having been to its neighboring countries: India and Bhutan, both changed the core of my being, what more could I have expected from yet another Southeast Asian country? Yes, a traveler can be quite cynical at times. I was also growing tired, from a life of plane hopping. Again, little did I know the extent of poignancy Nepal would trigger and I owe it all to its incredibly kind people.

Here on Jetset Times, we’ve emphasized numerous times that our brand doesn’t stand for what people typically think of “jetset.” For me, being a jetsetter has always been someone who is a smart traveler. We define a person constantly on-the-go, a fearless adventurer, an inquisitive explorer’s experiences heightened by human connections. As soon as I stepped off the plane, local Nepalese welcomed our arrival with vivid smiles. When you receive such simple yet courteous human interaction at an airport, regardless of where you are in the world, you know it’s going to be good.

From numerous World Heritage Sites in Kathmandu, hiking up hours to catch a glimpse of sunrise in the Himalayas, meeting shop owners in Pokhara, spending days in the safari in Chitwan, to learning about Tharu villagers’ lives and history…I couldn’t help but left Nepal with its people in my heart. Comparing this crazy life that I live, why do I drain myself in tears at times while Nepal’s sweet locals have so little yet exude boundless happiness?

Today’s Nepal is in dire need of rescue and soon, restoration. In February, I had no idea when I visited Patan and Kathmandu Darbar Squares that these ancient gorgeous sites would be annihilated. In these callous moments, life appears unpredictably cruel. The squares, the temples, the parks are all parts of the Nepalese’s spiritual routines defining who they are and their eternal beliefs that are now being tested.

When we first started, one of the first exclusive interviews we featured was Olga Murray, a social entrepreneur in San Francisco. Her life completely changed after a trip to Nepal where she began Nepal Youth Foundation (I just caught Olga on CNN a few days ago, she was interviewed for inviting earthquake victims into her Nepalese home.) As one of the first females in State Supreme Court, Olga gave me wise words I still reminiscence, “If you go to Nepal, your life changes.” Clearly, many travelers have experienced similar afterthoughts. One of our past contributors, Schuyler Arakawa wrote “A Tale of Giving – Nepal Edition,”recounting her transformative experience of working in a monastic institute. Another traveler’s life, changed. Thanks to Nepal’s gentle people.

In this Founder’s Note and slideshow below, I’d like to pay tribute to Nepalese who lit metamorphic lights in our lives so we can march forward with more awareness, compassion and openness. They desperately need our help now, so please visit Olga Murray’s NYF webpage for how you can contribute to Earthquake Program Donations. If you’re looking for other ways to be involved, we’ve broken down a reliable list of 11 Organizations Needing Your Support For Earthquake Victims In Nepal.

8 Indonesian Fashion Brands To Look Out For