There’s no better way to see Europe in a short amount of time than by taking a Eurotrip to see all the famous sites!

If it’s your first time in Europe, you’ll probably want to see the sites that each country is known for, and that’s easy to accomplish if you take the correct route.

Keep in mind that you can always save money by staying in 2-3 star hotels and hostels, and also by staying just a little bit outside of the main tourist areas. You can also travel from place to place for cheap by taking buses, trains, and even ferries!

Here are 10 must-see stops in the order you should take them for the ultimate Eurotrip!

Start your trip in Greece, where you’ll see ancient ruins like the Acropolypse and the Oracle of Delphi. Don’t forget to try some ouzo and Greek salads, and check out the olive fields on your way down to the coast.

Once you get the coast, take the ferry to the famous backpacker’s paradise Island, Corfu. After you’re done falling in love with the lesser-known Greek island, take another ferry on towards Italy!

Pompei is famous for the volcano eruption that covered the town in lava and ash and preserved unfortunate victims as molten mummies that are still on display to this day. You can also see where gladiators fought, and some of the oldest brothels in history!

Rome is just awesome on so many different levels, from the Colloseum, to the Trivi Fountain, to the delicious pasta and cheaper-than-water wine! Oh and do NOT forget to eat a ton of Italian gelato!

Florence has a beautiful beach area, and a ton of family-owned vineyards you can visit and even get a home cooked meal at! Don’t be confused by the fake David statue when you go to see the museums, and remember to bring something to cover your shoulders or they won’t let you inside.

Ah, Venice. It truly is a magical, romantical place. Riding in a gondola is pretty much surreal, and you’ll be able to see how much the town has sunk as you meander through the many canals.

SEE ALSO: 9 Souvenirs You Must Score In Venice

Innsbruck is probably a lesser-known stop to make in Europe, but since it’s in between Italy and Germany, it makes for a great little excursion. It’ll probably be cold, but you can still do fun activities like white water rafting (with wet suits), and having interesting Austrian food and drinks in the local town.

Munich is an extremely fun place, especially if you go to the world-famous Haufbrauhaus! Apparently there’s a two-pint limit, which, is probably a good idea because the beer is so strong, but just switch tables on the other side of the massive beer hall and you should be fine.

Nightlife is also pretty fun in Munich, and there are tons of historical sites to see as well!

Who doesn’t want to go to Amsterdam? Aside from the whole weed-is-legal thing, it’s such a cool city with so many interesting things to see and do. You could literally wander around the many nooks and crannies of the city all day long, or take a ride on the river-ferry for a relaxing tour of the city.

The Red Light District is interesting to see…and slightly terrifying since it’s reminiscent of life-sized Barbie dolls moving around inside their boxes.

Brussels is another in-between-spot that’s worth checking out. It has a cute, quaint little town, but more importantly, it has delicious waffles and CHOCOLATE! Plus it is home to the really funny statue of a little boy peeing into a fountain.

SEE ALSO: 4 Reasons You Can’t Be On a Diet in Belgium

Paris doesn’t really need an explanation, but a few things to note: the Eiffel tower lights up at night, and you can go to a local grocery shop to buy wine and cheese and have a picnic on the lawn. There’s also the Moulin Rouge show in the outter banks which was absolutely incredible to see, plus your ticket includes two bottles of champagne!

End your Eurotrip in Barcelona, one of my favorite places in all of Europe. The food is great, the views are great, and the social scene is simply impeccable. You can go to the beach during the day, or take a tour of the famous Gaudi park which might remind you of a real-life version of Dr. Seuss world! 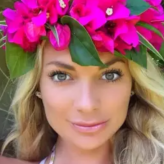 Aspirations For The New Year Through Renaissance Art