All eyes turn to Monaco in the final week of September as the Monaco Yacht Show 2018 unfolds in Port Hercules.

As one of the biggest events in the superyacht world, 120 of the world’s most spectacular luxury yachts will be exhibited for sale between the 26th and 29th of September, with up to 40 yachts on their global debut before yacht buyers and international press. The superyacht fleet at Monaco showcases some of the largest and newest yachts on the water, with an average length of 164 feet (50 meters) and an average age of less than two years.

If you want to see the world’s most stunning large superyachts – some of which come straight from the shipyard and have never been seen before – the Monaco Yacht Show (MYS) is the place to do so in consummate style. 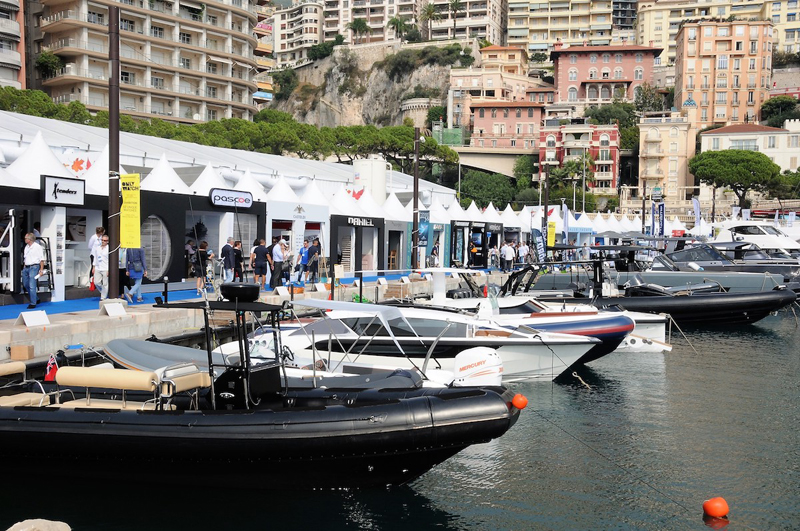 As always, the newest water toys and tenders will gain a huge amount of attention at MYS 2018, and this year is set to be three times bigger than ever, with a huge expansion of the Tender and Toys Zone on Quai Antoine 1er. The cutting-edge toys and tech that everyone is talking about for this year’s show include innovative inflatable lounges to extend your yacht’s real estate on the water, new private jets models, and state-of-the-art audio-visual technology for your yacht, such as three dimensional sound systems and interactive displays featuring the yacht’s itinerary, menus and activities.

The Car Deck will be another hot favorite with the latest-model supercars on display, while over 500 marine and luxury exhibitors will draw a crowd in the exhibition tents.

The Monaco Yacht Show 2018 will also be better set up for attendees and exhibitors, with shipyard and brokerage stands and pavilions located right next to the yachts they are displaying.

As in other years, the event will remain deliberately exclusive in 2018, in order to attract an elite crowd of potential yacht buyers, charterers, and industry professionals. There are plenty of places to relax and enjoy the spectacle in between yacht viewings and chatting with exhibitors, with the VIP and Starboard Lounges the premium spots for an elegant lunch, a meeting with a broker, or a glass of vintage Champagne.

When night falls, Monaco’s famously glamorous nightlife kicks into gear, with invite-only parties on hotel terraces as well as Monaco’s stunning offering of Michelin-starred restaurants and A-list bars and nightclubs.

Worth Avenue Yachts At The MYS

As one of the world’s premier yacht brokerages, the team from Worth Avenue Yachts will be attending the Monaco Yacht Show in force, and are available for yacht viewings and to meet and chat with interested parties. The brokerage team will also be holding an open house at their Monaco office, where potential or current clients can come to talk about buying, selling or chartering a yacht, perhaps while enjoying a coffee or a glass of wine on the balcony overlooking the port.

Motor Yacht MOLIVER is a 121-foot (37 meter) Sunseeker tri-deck with a cream superstructure and sleek, sporty lines. Boasting a huge main deck master with sauna and four additional staterooms on the lower deck, this is the perfect entertainer’s yacht, featuring a glamorous sundeck with Jacuzzi, a large galley and a contemporary cherry wood interior. M/Y MOLIVER also features state-of-the-art technology including Bang & Olufsen audio visual systems and a Kaleidescape film server, as well as zero speed stabilizers for optimum comfort at sea.

Launched from the British yard in 2009, M/Y MOLIVER has been superbly maintained by her Owner and crew, with a 2018 hull paint and teak replacement bringing her to perfect sale condition. The yacht is fitted with MTU engines and has a top speed of 24 knots, offering magnificent performance and a thrilling cruising experience.

Motor yacht MOLIVER will be available for viewings during the duration of MYS 2018, with an asking price of USD$8,705,000 (€7,495,000). Interested parties can contact Worth Avenue Yachts to request a VIP viewing.

Monaco On A Budget? It’s Possible!

10 Most Romantic Small Towns In Europe

How This Woman’s Invention Turned The Bra Industry Upside Down