South America has some of the world’s best festivals!

Whether you’re looking for colorful pageantries or wild revelries, music or dance festivals, indigenous harvest holidays or extravagant fests—South America has some of the world’s best festivals!

Santiago a Mil is an annual performance arts festival that takes place every January in Santiago, Chile. Featuring dozens of theatre performances, dance and music shows, Santiago a Mil is celebrated in many cities throughout the country and is the largest arts festival in Chile. The 17-day event is a citywide celebration put together by Fundación Teatro a Mil, a non-profit organization, which aims to provide affordable public access to cultural events in order to support theatre and performing arts development in Chile.

As one of the most important folk festivals in Latin America, Festival Nacional del Folklore is a 9-day event that takes place during the last week of January in the Argentine city of Cosquín, just outside of Córdoba.

The festival to end all festivals, Carnaval is a world-renowned extravaganza and often considered the world’s largest party! Commonly celebrated throughout the world, the Carnaval in Rio de Janeiro is known for non-stop partying, street parades, costumes parties and typically attracts more than 2 million visitors annually. Originally begun as a Catholic festival, Carnaval traditionally runs from Friday to Tuesday before Ash Wednesday.

Not to be outdone by its more famous neighbor, Paraguay throws its own unique version of Carnaval in the country’s “Pearl of the South” (La Perla del Sur), Encarnación. Often touted as the new “Rio de Janeiro” by many South Americans, Paraguay’s favorite city is home to Carnaval Encarnaceno, where locals and tourists can be found partying for eight straight days, launching lanzanieves (spray snow) into raucous crowds, as the famous dance-off of the Sambadromo Carnaval takes place.

Along with the Carnaval in Rio de Janeiro and the Carnaval de Oruro in Bolivia, Fiesta de la Virgen de la Candelaria is considered the third largest festival in South America. The main attraction of the event is the diablada (The Dance of the Devils), which was created by a group of miners who, when trapped underground, prayed to the Virgin of Candelaria to help ward off demons they encountered while underground. Once freed, the miners pledged their loyalty, and diablada is now celebrated as a dramatization of that event. The festival showcases traditional elements of the Quechua and Aymara cultures, which consists of 40,000 dancers and 5,000 musicians in more than 200 dances during the event. The largest celebrations are in Copacabana (Bolivia) and in Puno (Peru). 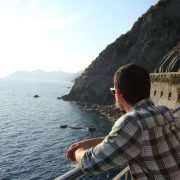