One of the many conflicts facing an international student during this global pandemic.

The past few months have been like a television series with a plethora of plot twists, keeping us at the edge of our seat, yet for all the wrong reasons. It somehow transformed beyond something we could have ever expected, with anxieties evolving by the day. The spontaneity of each passing moment seems harder and harder to believe. Our fears first revolved around contracting the disease in this global pandemic, and imagining the worst possible outcome. Nevertheless, as the months have gone by, these worries have died out, and now they become more complex. The peacefulness of quarantine inevitably becomes plagued with negative thinking, and unavoidable pressures of the future. It goes without saying that, now more than ever, people need to be in the comfort of their own homes in the comforting presence of their families. Yet, with more and more countries shutting down, many people simply cannot go home. In a time when we need to feel we have as much control as possible, matters are made exponentially worse for some. This is especially true for international students studying overseas, as their home countries have perhaps closed their borders.

As a native of Egypt studying in New York City, this pandemic has particularly been difficult for me. Egypt’s story with the coronavirus is a bit complicated. It’s obvious that cases are severely underreported, as various journalists have already been kicked out of the country for reporting so, according to the Columbia Journalism Review. As the number of cases continue to rise, rather than simply being unambiguous, the government insists on strengthening its jurisdiction over the nation’s statistics. Authorities in Egypt have not hidden the fact that anyone who goes against the official reports and statements will be chastised. Commercial flights were supposed to be running once again come the beginning of June, but according to a decree by Prime Minister Mostafa Madbouly explaining the anti-coronavirus course of action the country is taking following Eid Al-Fitr, the suspension of international flights at airports all around the country will continue. Much like the year of 2020 so far, whenever there’s presumably a light at the end of the tunnel, it reveals itself as but an illusion.

I have now been in Montreal with my brother for the past two months and a half. I left New York City in the spring with a mere hunch that I may not return, but that reality never fully set in, until it actually did. I observed New York from afar as it went from 0 cases to one of the major epicenters of the world. Unfortunately, there’s an uninhabited apartment in Manhattan full of my things that my landlords may or may not throw away. Although my mother is somewhat at ease knowing I’m safe with my brother, my family and I cannot help but wish we were all together. Despite the convenience of FaceTime and other social media outlets, nothing comes close to being physically in the company of your loved ones. One of the many lessons that quarantine has taught us is to take absolutely nothing for granted. 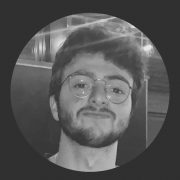 How Countries Around The World Are Distributing The Covid-19 Vaccine

Are You Going To Travel? COVID-19 PCR Test & Lab Report

Top 5 Destinations You Can Explore For Your Post-Pandemic Vacation