The rise of the digital age has created new ways for professionals to work independently.

The use of virtual and online platforms have seemingly replaced the brick and mortar office spaces of the past, widening today’s digital landscape. Now, it’s easier for freelancers, entrepreneurs and influencers to work remotely from their homes. One of the leading trends in the professional market is the emergence of digital nomads. According to International Travelers, digital nomads — or DNs — are people who use online tools to work from wherever they choose.

Most nomads venture throughout the world, temporarily relocating to relatively low-priced cities and towns, sometimes for as short as three months. They’re able to leverage the use of digital technology to conduct daily tasks and promote their services, all while freely immersing themselves in new cultures.

The emergence of digital nomadism is driven by professionals’ interest to travel and work outside cubicle-sized office spaces. Instead, people have elected to work anywhere with a Wi-Fi connection. The U.S. market research firm, Gallup, found that remote workers have risen to 43% in 2016, increasing from 39% in 2013. For many, this type of location independence has allowed workers to evade the constraints associated with their distinct profession.

Three years ago, Finger decided to venture from his traditional nine-to-five job and become a digital nomad. His goal was to reject the “standard” course for success. Rather than obtain materialistic means for fulfillment, he decided to travel the world and work when and wherever he desired. Surprisingly, he was inspired by the people he met at his local gym, who traveled state-wide while working from their homes: A van.

“I did what everybody else told me what to do: Get a job, accumulate money, get a nice house, get a nice car and buy a bunch of stuff. I was sick of being in one place accumulating stuff.

I was exposed to people that lived in vans,” he said. “I decided to build my own van and do “van-life” and travel around so I could position myself in a way that I would be able to maximize my time on the weekends and maximize my time off.”

Like Finger, Bekah Kuhl leveraged her opportunities to abandon her former office space. As a digital marketer and content strategist, she wanted to seek new experiences outside her home in Anchorage, Alaska. She worked at marketing agencies for two years before securing a remote position after witnessing the trend’s expansion.

Kuhl joined several online DN groups on Facebook and scoured through LinkedIn circles to get a feel for the nomadic lifestyle. Since becoming a DN in August 2018, Kuhl has traveled to 13 states and lived between Mexico and Costa Rica. These type of opportunities, Kuhl says, have proven to be a viable move for other professionals to follow.

“I think more and more people are starting to see that work-life doesn’t have to be the unbalanced, balance that people used to think it had to be,” said Kuhl. “You can live an extremely full life and still flourish as a professional outside of a nine-to-five office job. There’s no need to be so bogged down by physical constraints when we can now use so many awesome methods of communication.”

Finger and Kuhl’s efforts to push for a more independent-driven profession is, ultimately, to establish a higher quality of life. Their initiative is reflective of the expansion of workers seeking more remote-based opportunities and a nomadic lifestyle. According to researchers, as of 2018 nearly two-thirds of the world’s professionals work away from the office at least once a week.

“If you work remotely, and tell people you can travel anywhere you want at any time, most people are like ‘Oh, you’re living the dream.’ It’s not my dream. I’m just living my life,” said Finger. “I’m guessing more people wish they could work remotely. It’s trending and there are a lot more opportunities. But it’s still not that commonplace.”

Beyond having the luxury to travel internationally, there are also financial reasons to make the transition to digital nomadism. According to Entrepreneur writer Amna Shamim, nomads are also able to save big on their taxes. The United States’ Foreign Earned Income Exclusion (FEIE) allows DNs to avoid income tax up to $102,100 of their earned income (2017).

However, despite the overwhelming perks linked to digital nomadism, researchers believe there are also issues associated with the profession. In many situations, there have been reports of people being caught in scams and ponzi schemes. 20-something year old wanderers sell products to draw in people interested in becoming a digital nomad — e-books, guides and to-do’s — and advertise themselves as “authors” and “experts,” with seemingly no legitimate experience or success.

On a larger scale, independent researcher Tom Knoll found that aspiring nomads are sucked into scams and pyramid schemes by “celebrity” DNs, who encourage them to buy their products. Then, the DNS ask to sell the products in multi-level marketing schemes to supplement their incomes. Ultimately, leaving recruits with a 1% chance for profit, according to a 2016 study by Consumer Awareness Institute.

Finger and Kuhl acknowledge the deceptive tactics many well-known DNs orchestrate to draw in recruits eager to become professional world-wanderers. It’s fairly common, but Finger and Kuhl suggest they would never subscribe to such behavior as a means to make money.

Being a digital nomad requires a great deal of sacrifice, says Finger. Among the hardest are the difficulties many DNs face in their personal lives as a result of their travel-heavy lifestyles. Often, their living conditions aren’t suitable for potential companions, especially those who plan to settle down with a family. Though, both Finger and Kuhl say it’s more than possible.

“I’d say it would be very difficult,” said Finger. “With that said, I know plenty of people who are married and have children, and have made the decision to buy a sailboat and sail across the world. Relationships are relationships. If your lifestyles are nothing alike then that’s probably going to be hard.”

Still, the benefits linked with the lifestyle outweigh many of its drawbacks. Finger says more professionals need to value their time, rather than “traditional” outlooks on success — material goods. And in the end, their lifestyles will be that much more rewarding.

“Time is your time,” he said. “We use money to measure happiness and success, to measure our self-worth. But really the only thing we have is the life that we’re living in the moment.” 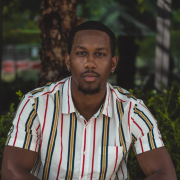