This is important if your a bossy bitch like me.

So far, living in Sweden has been amazing. I’m in one of those rare phases where things are just falling into place for Robin and I. I’m writing to you from the living room of my new apartment in Orebro! After four years of being together, Robin and I are finally moving into our first apartment.

Robin was actually living in the same apartment, however, instead of sharing it with his beloved girlfriend, he was living with his two friends. I actually adore Robin’s friends but I have to admit how excited I am to be taking over their former bachelor pad.

Right now, the apartment is basically empty. We have the essentials, such as a coffee machine, a couch and Wi-Fi, but there is so much to be done. First, we cleaned up from the aftermath of three grown men, and now we’ve started my favorite part, shopping for decor.

At first, I was a little scared that my style may clash with Robin’s but I was so wrong. This boy knows what is up. Just like me, he’s all about those neutral colors and he appreciates a chic yet cozy home. On top of that, he’s also rather crafty and has experience in construction. I guess you could say we’re the Swedish version of Ty Pennington and Paige Hemmis from Extreme Makeover: Home Edition. If you’ve never watched that show, you are seriously missing out.

Instead of putting together a list of to-do’s, here are some skills that you’ll eventually master when moving in with your babe.

1. This is important if you’re a bossy bitch like me.

Lately, I’ve had to tone down my control freak behavior for the sake of my boyfriend but that doesn’t mean we can’t negotiate to make sure we both get what we want. You’re sharing a home, the space needs to accurately represent the both of you.

Ladies, you know what I’m talking about. Putting together furniture is literally my nightmare! We just ordered a marble coffee table, and I nearly broke my back getting that shit up the stairs. That wasn’t even the hard part, the worst was the half-hour it took for us to figure out how to put it together. So make sure one of you has a tool kit, and grab a bottle of wine. It’ll be necessary if you have a lot of labor ahead of you.

3. I thought I was neat freak until moving in with my boyfriend.

He literally told me the other day that he preferred not to use my hairbrush, because of all the hair it’s accumulated. As tiny as this is, it brought me back to reality. My hairbrush actually did look like it was being used by Wolverine. Anyways, let this be known that your significant other DOES NOT think your filth is cute. Keep that side of you concealed.

Now that you’re living together, you rarely have to do anything alone. But I highly recommend doing your own things when the time is available. For example, when my boyfriend insists on watching a three-hour hockey game, I use that time to do things for myself, like writing blog posts, reading, or shamelessly watching Vanderpump Rules on my laptop.

5. In my opinion this is the hardest, yet the most important.

Even if you have everything you need, it takes time for a new apartment to really feel like home. Regardless if you’re moving across the world or just across town, you have to familiarize yourself with the location. Keep an open mind and realize that things don’t come together overnight. It may take weeks, or in my case, even months. As the saying goes, “Patience is a virtue.” 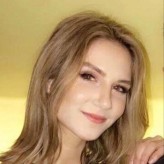 This Is How To Hire A Great Immigration Lawyer

Tasty Restaurants To Get Your Grub On In Stockholm