Among all of New York City’s parks and public spaces, the High Line, a 1.45-mile long section of elevated railroad that stretches from Gansevoort Street to Manhattan’s West Side, is perhaps the most unique. 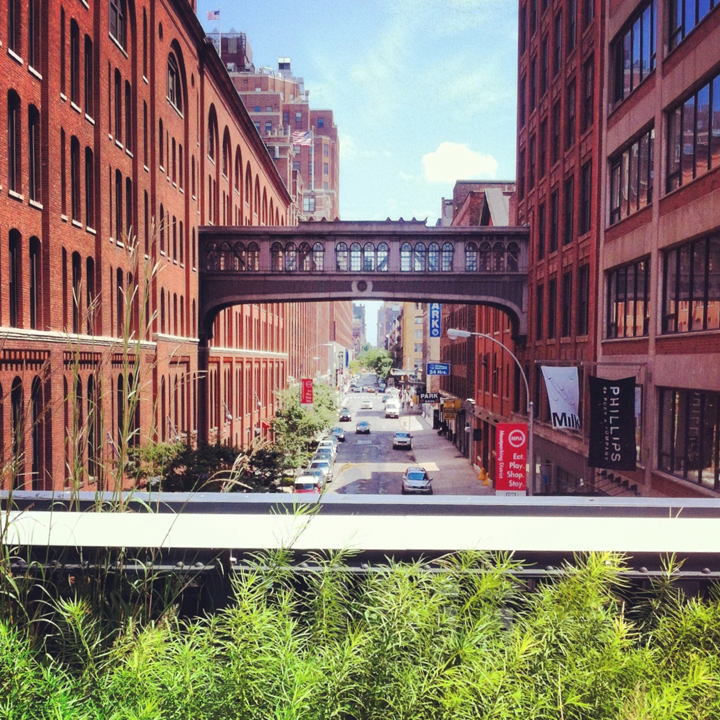 PHOTO MARINA KANEKOThe High Line was built upon what used to be the lifeline of the meat-packing district from the 1930s, the tracks have since been re-commissioned as one of New York’s most popular parks, with spectacular landscaping and open-air views of the city skyline.

It’s carefully landscaped and filled by blooms with names like “harlequin glorybower” and “Korean feather grass”, “northern blazing star” and “coral honeysuckle”. In the height of summer, park-goers are herded along through thickets and golden grasslands, walking beside original train tracks concealed by wildflowers. They stroll beside smooth wooden benches rising out of the concrete.

I’ve frequented the High Line every summer since its opening in June 2009. Since then, it has grown in popularity with locals and visitors alike, and its expansion across the West Side has made more room for the growing crowds. Where else can a hot August breeze transport you into a futuristic oasis of overgrowth and urban streetscape.

This past October, Friends of the High Line opened the Rail Yards during the weekends for visitors to tour from 30th to 34th street, along the section of raw, intact train tracks. Other public events like movie screenings, local food vendors of organic honey and ice pops, musical performers, and larger-than-life art installations grace the High Line regularly.

Like any public park in New York, this shared space is simultaneously a refuge from and a celebration of the hustle of the fast-moving city and its people. Instead of losing a relic of New York’s history, the Friends of the High Line have successfully fought to preserve and restore one of the city’s treasures. Beneath the superficial beauty of the High Line shines its New York quality of shared experience and resilience: it is a space that has been repurposed multiple times over, and continues to be offered up for interpretation by each person who walks along its path.

A Break From The Concrete Jungle: The High Line