The chefs are artists creating culinary miracles for their guests to revel in.

If you’re a foodie, you’ve heard of Thomas Keller. You probably pine over the idea of eating at one of his restaurants, just as I did. If The French Laundry is not at the top of your foodie bucket list, you’re going to want to add it, and I’m about to tell you exactly why.

In the 1920s in Yountville, California a quaint cottage operated as a French steam laundry for local residents in the small town. When Thomas Keller purchased the building in 1994 he hoped to establish a destination for fine French cuisine and I think it’s fair to say that he succeeded. In 2006, the Michelin Guide San Francisco awarded The French Laundry with its third Michelin star. In the last 30 years, foodies from all over the world have flocked to Northern California to enjoy the incredible creations that come from the kitchen of Thomas Keller.

When my parents went to The French Laundry for the first time in 2010, I begged them to take me with because, even at the young age of 12, I was a devout foodie. My mother responded to my pleas by telling me that there’s no point in going to a Michelin Star restaurant if you can’t have the wine pairing. On that day I made her promise to take me to The French Laundry when I turned 21 and I haven’t let her forget that promise for the last 9 years. In January of 2019 I turned 21 and in April I was one of the lucky foodies to enjoy Keller’s vision and I can confidently say that it was absolutely the best 9 courses (and 8 types of wine) that I have ever had.

After you are seated, the servers let you decide which set menu you are interested in enjoying. Incredibly, they offer a vegetarian menu which is separate from the chef’s tasting menu. I ordered the vegetarian option, my boyfriend ordered the chef’s tasting menu, and we agreed to split everything. I wanted to taste as many dishes as I could! Some items on the menu have the option of a “supplement.” This means that you can swap out the chef’s menu item with the supplemental option. There were a couple courses that had this option.

Below I have described each decadent course…

The sommelier started us off with a gorgeous bottle of 2015 Brut which was engraved with my name. This was paired with the amuse bouche and the first course. The vegetarian option for the first course featured a soft tofu puree with poached rhubarb, pickled ginger, and garden sorrel. The chef’s tasting option was the signature “Oyster’s and Pearls” which comes in a small pastry cone of pearl tapioca, island creek oysters, and dill pollen lavash. These wetted our palates perfect and left us intrigued .

Next for the vegetarian option was an avocado “Napoleon” with crispy puff pastry, preserved green strawberries, and radish sprouts. This dish was both refreshing and comforting even though it was one of the harder ones to eat because of its structure. The chef’s tasting menu featured a garden lettuce salad with English peas, preserved Meyer lemon, and ricotta. This dish looked like a salad but tasted smooth and buttery.

The third vegetarian course was a Holland white asparagus salad complete with hen egg terrine and pickled cauliflower gribiche. This dish was tangy and citrusy with a satisfying texture. The other option was a sautéed fillet of Mediterranean turbot with wild black trumpet mushrooms and wilted spinach. This dish was full of interesting textures, but it wasn’t the most memorable for me.

The next course featured a braised garden escarole complete with Rancho Gordo pole beans, pain de campagne dumplings, preserved peppers, and rosemary consommé. This dish seemed like it was healthiest, because it was essentially a very gourmet vegetable soup with dumplings. The vegetables were silky, and the broth was hearty. The chef’s menu offered a sweet butter poached Nova Scotia lobster with “Pommes Maxim’s,” potato puree, and blanquette de poisson. This dish was buttery yet sophisticated; Simple flavors combined to make something incredible that just melts on your tongue.

The next course on both menus was called “Bread and Butter.” The vegetarian menu offered a bitter cocoa laminated brioche while the chef’s menu offered a “Parker House roll.” Both options were served with Diane St. Claire’s Animal Farm butter. Definitely the best bread rolls I’ve ever had. They were flaky, pillow-y, and comforting.

The vegetarian dish for the entrée course was green asparagus cuit a la minute with Belgian endive, garden celery, watercress blossoms all topped with an incredible Meyer lemon Hollandaise sauce. If you know me, you know I love Hollandaise sauce. I’d actually made Hollandaise sauce at home the day before, but these two sauces were nowhere comparable. For the entrée of the chef’s tasting menu we chose to order the supplement. This was the crown jewel of the whole experience: charcoal grilled Japanese Wagyu beef. I had never had Wagyu before and I hadn’t had beef in over a year. My mind was blown. The Wagyu was paired with bone marrow custard, green asparagus, and steak sauce. The meat was better without any sauce because it really speaks for itself by melting in your mouth in a way you’d never expect. It was an unreal experience and probably the highlight of the whole meal.

The entrée was followed by whipped Brillat-Savarin with Pearson Farm pecans, Hadley Orchard Medjool dates, and barrel aged maple syrup for the vegetarian option. The chef’s entrée was followed by a gougére with Andante Dairy etude and Périgord black truffle fondue. Both of these dishes were so creamy and decadent. The perfect comfort food.

The meal concluded with a gorgeous assortment of unique desserts. The menu describes this course as fruits, ice cream, chocolate, and candies but it was so much more than that as you can see. Each bite was an explosion of balanced flavors. My sweet tooth could not get enough. They set up the last course in my favorite way to eat desserts. Order one of everything and then everyone shares. The kitchen gave us each a couple bites of 6 or 7 types of dessert.

When we finished dessert, they served coffee and I got two cappuccinos. I’ve got to say they were really amazing cappuccinos. The espresso was dark roast and the milk was smooth and frothy.

Overall, the vegetarian menu was healthier and more citrusy while the chef’s tasting menu was richer and more buttery. Both menus were unreal and I’m glad that I got to taste dishes from both menus. By the end, I was happily full and considerably buzzed from 8 glasses of wine.

Not only was the staff incredibly helpful and kind, but they were genuinely funny and witty. For every course they provided detailed descriptions of what we were about to eat. The servers and sommelier enhanced our experience by going above and beyond our expectations.

After the meal, we were given a quick tour of the kitchen which has a Morgan Freeman quote posted for everyone to see: “If you want to see a miracle, be the miracle.” This stuck with me because what I had just experienced truly was a miracle. The chefs are artists creating culinary miracles for their guests to revel in. They sent us on our way with copies of the menus, bags of treats, and the bottle of Brut with my name engraved on it.

Ever since, I have not stopped thinking about the next time I will be able to enjoy the culinary mastery created in the heart of Napa Valley. 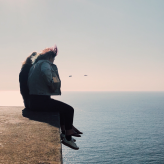