If you have more than a day or two in this one-of-a-kind city, make sure to check out these five amazing off the beaten path activities!

If it’s your first visit to Barcelona, you should visit the major sites like Sagrada Familia, Park Güell, La Boqueria, and the Catedral de Barcelona – these sites are acclaimed for a reason. However, the main tourist attractions are not the only things that make Barcelona a city so full of life and magic. If you have more than a day or two in this one-of-a-kind city, make sure to check out these five amazing off the beaten path activities!

1. Take a Breathtaking Hike to Tibidabo.

If you take the metro to Baixador de Vallvidrera, you can hike all the way to Tibidabo – the highest point in Barcelona. There are several other beautiful mountain paths only a couple of stops away from the center of the city. Make sure to check some of these out and enjoy a lovely afternoon in the refreshing Spanish air!

Museums, such as the Barcelona Museum of Contemporary Art (MACBA) and the Centre de Cultura Contemporánia de Barcelona (CCCB), have open exhibition nights on certain Saturdays. With “unlimited beer” and plenty of intellectual stimulation, these outings change the way visitors perceive the academic nucleus of the city.

3. Get Lost in the Neo-Gothic Style of Casa Amatller & Casa Lleó Morera.

You may find a few more tourists on your journey through these two giants of Modernism, Casa Amatller and Casa Lleó Morera tends to be lesser known than Gaudí’s Casa Battló – though, it’s arguably just as important. Photos are allowed on tour, which is a must to capture the stunning interiors of the houses. Not to mention, there’s a delicious, healthy café at the center of Casa Amatller for a much-needed lunch or snack break.

Located about 25 minutes from Barcelona by metro, Sant Cugat del Vallès is a hidden gem of the region. The city boasts cute boutique stores for great shopping, delicious cafes and bars, and a monastery that will inspire the artist and writer in you. It only costs two euros for a ticket to Sant Cugat and it’s absolutely worth an afternoon trip!

5. Catch THE Best Views of Barcelona From the Bunkers del Carmel.

Appropriately nicknamed, the Bunkers del Carmel is the remains of an old air raid civil war bunker built in 1937. The Bunkers are located at the top of Roviro in the Carmel barrio and boasts gorgeous views of Barcelona during the daytime and at night. Join groups of locals and sizzling couples as they relax atop this hidden spot and drink the night away, staring in awe at the city below. 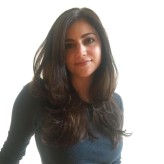 How To Conquer The Dangerous Hike At Zion National Park