The world is a big and beautiful place. You might not get another chance.

David Pascall, a 31 year-old Aussie engineer, decided to turn his dream of traveling the world for a year into a reality.

I first met Dave while working at a hostel in Barcelona. Though my official title was PR Representative, I was essentially working as a glorified camp counselor for foreign, drunk adults. Each night, I would round up around fifty hostel guests from around the world, haul them into a party bus, and take them to different bars and clubs around the city.

Considering that much of the hostel guests came in groups, whenever I noticed a solo traveler, I was immediately excited and interested in hearing their story. During my nightly routine of gathering guests for the bar crawl, I saw Dave sitting at the hostel bar, drinking an Estrella and laughing with some of the staff. He told me that he was traveling for 12 months across Europe, the United States, Canada, and finishing in South America.

I was incredibly impressed. Though I had met many solo travelers (I was one myself), I rarely met people who were traveling for more than six months and were over age 30 with a stable career.

Five months after our encounter in Barcelona, Dave decided to rent a van and road trip from New York to California on his own. We met up again in San Francisco where I had the opportunity of showing him around my home. It was such a fantastic bookend to our meeting and incredibly indicative of the spontaneity of friendships that are created while traveling.

Dave’s stories and adventurous spirit really stuck with me even after I left Barcelona, and I felt that his journey needed to be told. I decided to reach out to Dave via email and proceeded with some more inquiries through FaceTime while he was in Brazil just after Carnaval.

Below is Dave’s wise advice and thoughts on traveling the globe for a year:

Do you think that it takes a specific personality type to be able to travel for a long period of time?

Quintessentially you need to be open-minded for any sort of traveling. But to travel alone, you also must be self confident. You can be introvert, a little high strung, but if self confidence isn’t there…. it’ll be tough.

I was very nervous to be traveling to Colombia on my own with 0 Spanish. But once you take that first step confidence grows exponentially.

Why did you decide to travel for a year?

I’m single, I’m 31, I’m financially stable… But the real answer is, for me, it was the right time. It’s hard to explain. Everyone’s different, maturing at different rates.

Gillian, I could see you traveling the world for a year, but for me, I couldn’t travel when I was 20. My friend is 24 and carefree and it worked perfectly for him.

My advice for people thinking about doing something similar for 4-12 months: Do it. You never know what tomorrow will bring. The world is a big and beautiful place. You might not get another chance.

How did you prepare for your travels?

My suggestion would be get a starting place for a month or two max, research all the activities you want to do in the first month. Get a daily budget for the year. Have a wish list of places you want to visit. Then go. Don’t overplan it.

You will meet people who will tell you the best activities best places to stay. Plus you can research on the go. Plan a few weeks ahead. I promise there will be places you want to stay longer and some less.

Right now I am planning maybe 2-3 days ahead if that.

How do you pick from 11 months and 21 countries?

I mean let’s start with partying – how do you pick between sailing the Greek islands, yacht week in Croatia, the non-stop partying in the USA (between Nashville, New Orleans, Vegas) and Carnaval in Brazil…. impossible.

Then comes activities…. snowboarding in Canada, cruising through national parks in my van in the USA, hiking volcanoes in Guatemala, seeing outrageous waterfalls (Iguacu) on the border of Brazil and Argentina.

But I think it really comes down in the end to the people you meet and how you meet them. For example you and I met strangely in Barcelona. Then we hung out a few times in San Francisco. That is amazing to me.

It really opens you up to how good everyone in the world really is! So much better than how we perceive the world through media.

Before I came to the US, I had really low expectations because America is portrayed pretty negatively around the world. But going to the U.S. actually turned out to be the best thing I did. America is like Australia but on steroids! Australia is big and beautiful, but there’s not a lot of people. In the U.S., you can’t drive 50 miles without seeing someone. I went to 18 states, and each one was so different in their own way. The states and the people are so unique.  It really blew my mind how good America was.

As far as logistics go, I decided to rent a van and road trip from New York to San Francisco on my own. Living in a van was without a doubt the most incredible experience I had– It was the most proper freedom. I didn’t have to rely on planes, trains, or public transport, which made it really easy to switch plans with literally no restraints. I chose to rent instead of buy the van even though it cost about $3,000 more  because it saved me a lot of travel time (would’ve had to get it insured, go to the DMV, etc.).

I got a good deal on the van– it ended up being about $1,500 per month, which is way cheaper than staying at hostels and relying on the greyhound bus or plane tickets.

For $40 a month, I got a gym membership with Anytime Fitness. There’s an Anytime Fitness pretty everywhere around the US, so I could park my van there, shower, get wifi, and work out. It was great.

Would your experience be different for you if you were a woman?

As a man, I don’t think I can answer for a woman. I can’t understand the feelings of being a woman alone in a foreign country.

I do think my experience would have been different because I don’t think I’d feel as safe, especially in South America. But I’ve met so many wonderful solo

female travelers along the way.

I think it’s such a life changing experience for both men and women.

How are you feeling about coming home?

I can’t lie… I really haven’t thought about being home for the rest of my travels. It’s been way too much fun to worry about that.

But I now have so many friends from around the world that will come visit me who will force me to do things that i wouldn’t normally do in Brisbane.

After being away for a year, I’m definitely a different person.

Dave so beautifully demonstrates that you can be at any stage in life to travel the world. We only have this one short life to live– so live it fully, even if that means pressing pause on the safety and comfort of daily life. At the end of the day, Dave shows that traveling for an extended period of time is simply having the belief and trust within yourself to take the leap and just do it. After that, it’s all free fall. 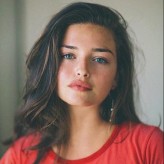