Muster the courage inside of you and head out on the adventure in Milan.

I sat in the grass, my hands covered in sticky blue homemade Play Dough. A bug buzzed around my face and I swatted at it, flinging the gloppy blue muck all over the front of my white shirt and across my cheek. I had spent the last three weeks making beds, playing tag and catering to two children’s every minuscule need and desire, and quite frankly, I was bored and exhausted. I closed my eyes and took a deep breath. Trying to remain the calm, cool, collected au pair I was supposed to be, I exhaled and walked inside to wash the blue goo off. Standing over the kitchen sink and scrubbing my hands, I stared blankly ahead, trying to block out the ten small plastic cups I had to wash later. As dearly as I loved the kids and the new family I was living with, I needed a break from the cleaning and playing and constant responsibility of keeping someone else happy and comfortable. I was used to living my life for myself and lately I had been living it according to everyone else’s rules. I felt like over the course of three weeks I had become an overworked mother. I needed something for myself.

That night, after putting the kids to bed, I sat on my bed with the windows open and light off to research hostels. I had never stayed in a hostel and I had absolutely no idea what I was doing. Reviews for each hostel ranged from “fantastic” to “disgusting and dirty.” After researching for over an hour, I put my faith in “HostelBookers” and booked two nights at the Zebra Youth Hostel. I also bought one round trip train ticket to Milan.

I woke up late on the morning of my departure and realized my train left in less than forty minutes. Panicking, I threw on my shorts and a t-shirt and ran to pack everything I would need for the weekend. I ran out the door, my purse exploding at the seams and thumping on my side. I leaped out of the car at the train station and took off towards the terminal entrance. I hopped onto the train two minutes before it pulled out of the station.

As we pulled out of the city and began zipping through the countryside, my rushed state of panic simmered down and a new state of panic emerged. It suddenly dawned on me that I was going to a strange city, in a foreign country, all alone, with absolutely no one familiar to meet me there and no plans. My stomach sank in fear and desperation. I felt terrified and alone. I had been so sure about needing to get away, but now I just wanted something comfortable and normal.

But there was no turning back now. After four hours, my train pulled into the station in Milan. I got off, and followed the directions to my hostel. Automatic glass doors slid open, presenting a long, dark crooked hallway sloping downwards. What had I gotten myself into? Taking a deep breath, I walked down the hall, turned the corner, and emerged into a brightly painted room, complete with an air hockey table and numerous vending machines. I bought a new towel, fresh sheets and a key lock from the receptionist, paid for my stay, and headed upstairs to find my room.

I opened the door to find another girl already in the six-person female room. Realizing the opportunity to make a friend, I introduced myself. Leaving my things in the locker, we headed off to find dinner. After dining on scrumptious gnocchi and stuffing ourselves with gelato, we headed back to the hostel to get ready for a night out. We hung out in the common room for a while, chatting and meeting some of the guests.

Over the course of the night, our group visited several local pubs, laughed, joked, and wandered the beautiful city of Milan. We got horribly lost and bonded in that special way that only traveling together in a foreign place allows. By the end of the night, it felt as if we had been friends for years. The next day, I visited the Duomo in the center of the city, shopped around.

Then we all headed to Sforzesco Castle to enjoy the glorious sunny day. Sforzesco is an old castle in Milan that was turned into a giant public park. We walked around the edge of the castle, heading for the expansive lawn behind it. An empty mote, thirty feet across, stood between the castle wall and me. I looked down to see stray dogs and cats hiding in the shade, nestled between cool rocks. I rounded the edge of the castle, and a giant, brilliantly green park was spread out before me. Water fountains spouted and sparkled in the sunlight; tall groves of trees stood, still and undisturbed by even a breath of wind; people walked along dirt paths that twined in between ponds and open grassy areas.

We quickly found the rest of our group on a large grassy area in the middle of the park. We spent the rest of the day running around the park, laying in the sun, playing soccer, and eating gelato. I could not have imagined anything more perfect. I had been so afraid to come to Milan, to be alone and not have a plan, but as I looked around at the people I was with, some from Australia, one from France, and a few from the US, I felt surrounded by great friends. I was frivolously happy. I had found exactly what I needed.

Traveling on your own, heading out somewhere new and unknown by yourself is terrifying. But you can’t let the fear of being on your own and not having a perfect plan stop you from seeing the world and living your life. It’s just about taking that initial leap, throwing off the normal, the comfortable, and leaving behind the orderly, scheduled and familiar for the blinding unknown. You’ll find that although you set out alone, you never end up that way. While chasing the adventure, in the midst of the chaos, you run into all of the other people who are on the same path, striving to meet exciting new friends, experience new places and live their lives to the fullest. You have to drop the gnawing fear that everything might go wrong, and realize that, chances are, most things will go right. The only way for you to discover all of the amazing people and experiences the world has in store for you are to throw off your hesitations, muster the courage inside of you and head out on the adventure. 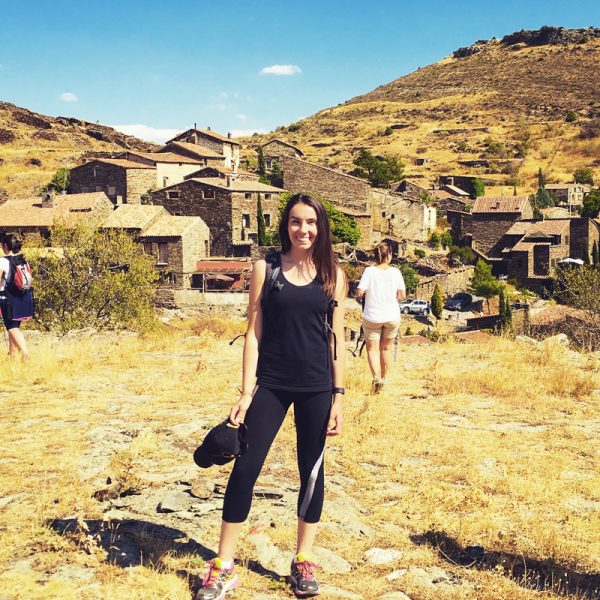 From a young age, Alex started visiting different continents with her family and then as a solo traveler later in her life.

5 Delish Restaurants In Milan For Any Kind Of Trip

7 Milan Neighborhoods: A Breakdown MADE For Travelers

There’s An Italian City For Everyone