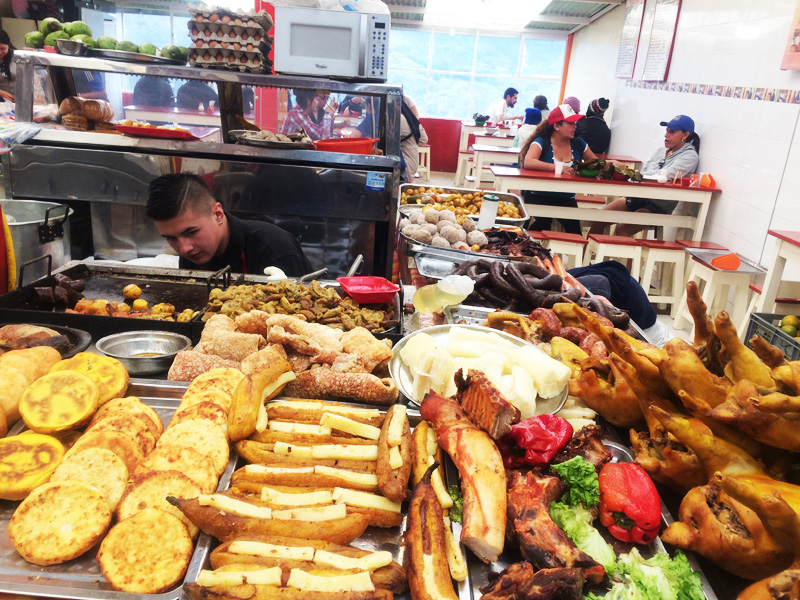 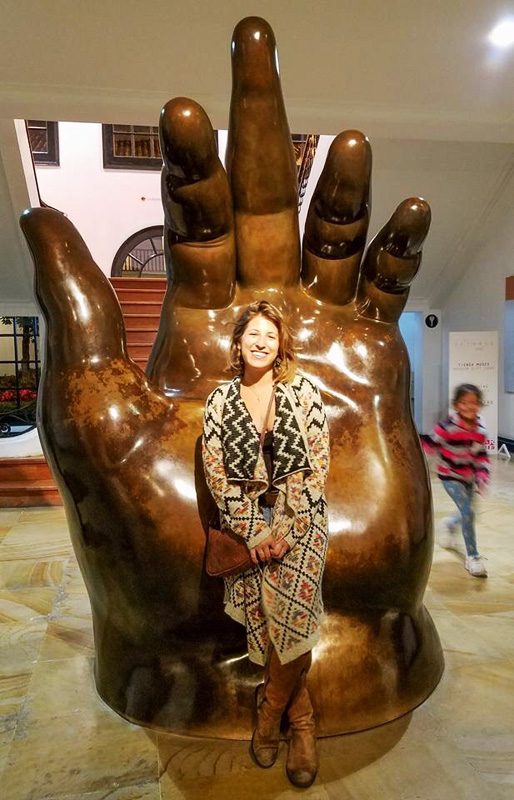 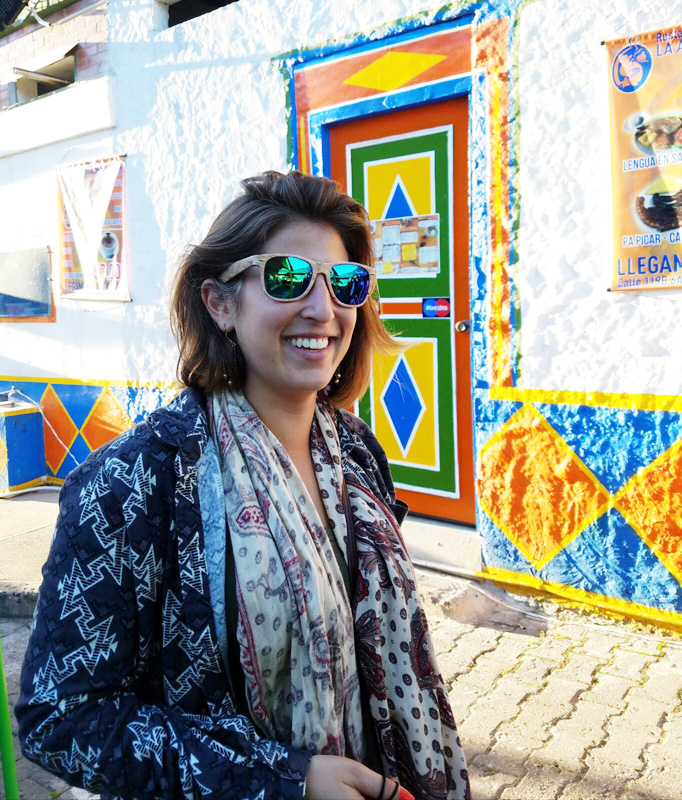 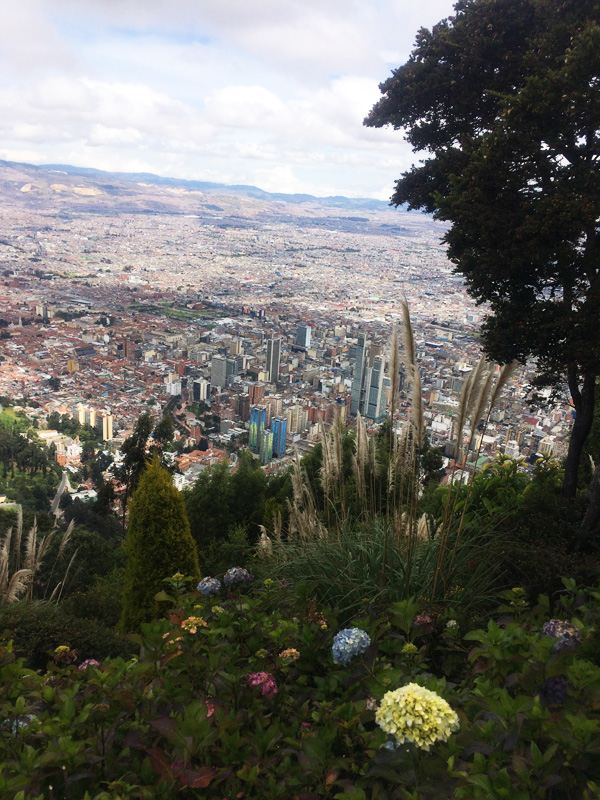 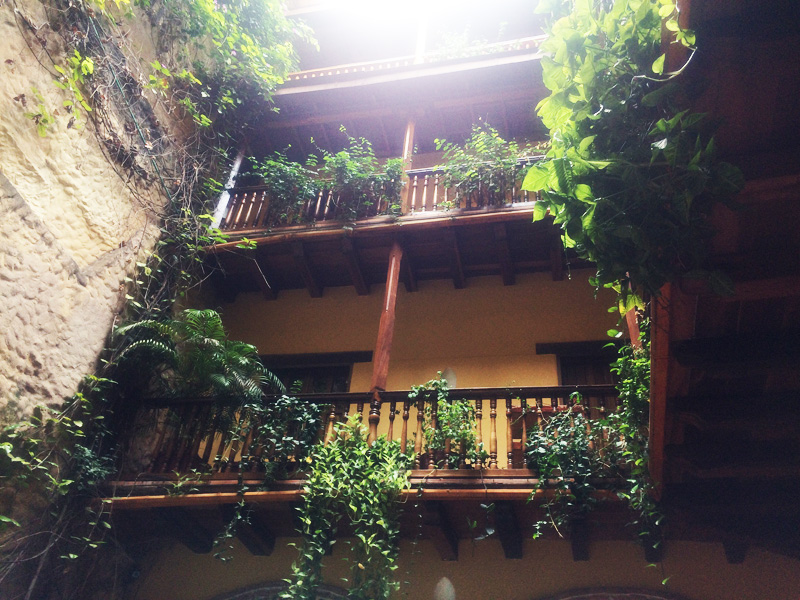 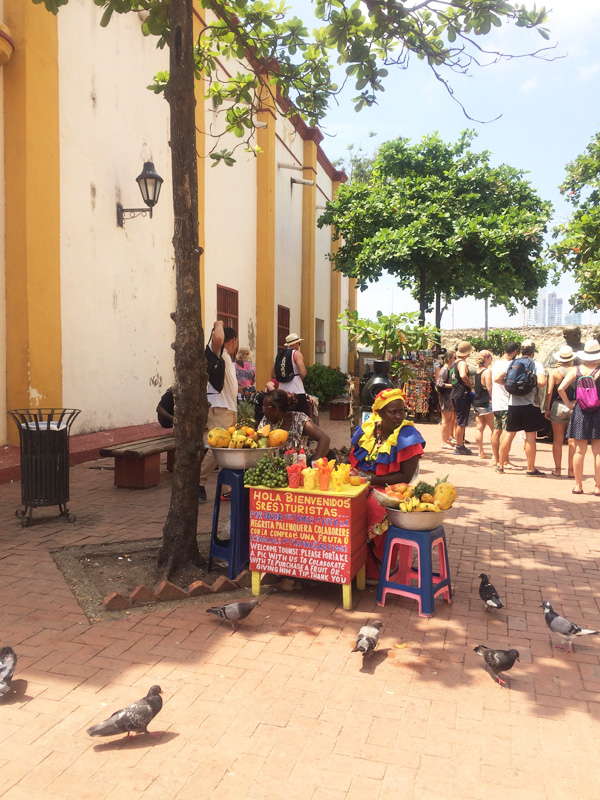 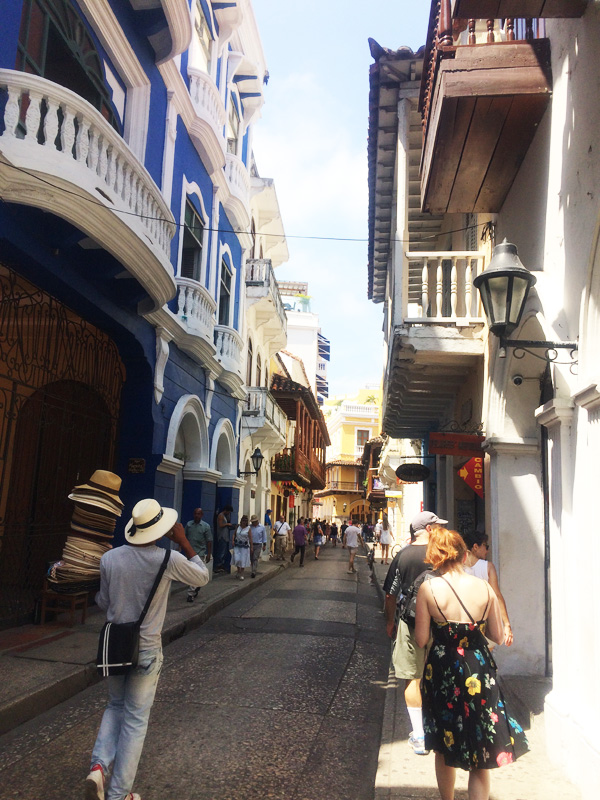 Church in a small town near Bogota.

Me at the Botero Museaum.

Me in the Sunday flea market.

View of Bogota from Monserrate.

Around the corner from the central square.

For the trendy traveler, Colombia is all the rage.

For the trendy traveler, Colombia is all the rage. It is politically stable, easy to get to, the history is fascinating and the food is delicious. Similarly, the people are kind, easy to communicate with, and excited to see tourists. With a country so incredible the only question is where to start! This is where Jetset Times is here to help. Colombia is a big country and it varies a lot from city to city. The biggest destinations right now are Bogotá and Cartagena: here is a list of 5 big differences that should help you plan your trip. Bon Voyage!

Simply stated, Colombia is a country with two big mountain ranges and a coast. Towards the center of the country, on the taller mountain range, is Bogotá, the capital. On the sister range are the next major cities, Medellin and Cali, and then comes the coast, divided in half by Panama into Pacific and Caribbean vistas. This means that, although Bogotá and Cartagena are in the same country, they vary massively in several key ways.

Perhaps the most striking difference is in climate. Bogotá is in the mountains, it maintains a brisk, windy, 60-80 degree Fahrenheit pretty much year-round. Locals pretty much have one wardrobe which consists of long pants and a good sweater. Cartagena could not be more different. It is not only miles closer to the equator, but also miles closer to sea level. Therefore it is hot and HUMID pretty much year-round. Locals also have one wardrobe here, and it mostly consists of loose, white cloths that will catch whatever breeze you are lucky enough to find.

The physical geography of these cities also is very different. Bogotá is the capital. It has a massive center, trendy neighborhoods, political buildings, spiraling suburbs, and a whole lot of semi-legal settlements in the mountains surrounding the metropolis. The city is hemmed in to the north by the mountains, atop which you can view Monserrat on a clear day. Cartagena, however, is dominated by the sea. Rather than a single large metropolis, Cartagena consists of a walled-in old town, replete with ramparts, balconies, and narrow streets, and a new city with tall white high-rises with large windows that open to the sea. It reminded me strongly of Cadiz in the south of Spain for those who have been. It has a strong Islamic influence, from the metalwork on the doors to the bougainvillea full balconies.

Local cuisine is as divergent as the cities themselves. Mountainous Bogotá will have some of the best meat you have ever had. Beef, pork, and a very large rodent called Capybara are the usual fare. As is a delicious soup made from three different kinds of potatoes, cream, and corn called Ajiaco. Cartagena shares the delicious profusion of potatoes and corn, but here you’ve got to have the seafood. Especially the ceviche, it’s utterly mind-blowing. Cartagena seemed to have more of an Italian influence, I saw several classic Italian joints and gelaterias that were delicious. Similarly, there are a lot of ice-pop places that I would give a strong recommendation to escape the heat. They are popular with locals and there are lots of great flavors to choose from.

The two cities reflect a varied history as well. Bogotá is the long-time capital. It was strongly affected by the violence of the Narcos in the 80s, the city is sprinkled with semi-legal, semi-permanent neighborhoods of people escaping the violence in the countryside. If you are lucky to get a good tour from a local, they will point out mansions, apartments, and building blocks where the Narcos used to live before they were confiscated by the government. Cartagena, however, seems of a time farther back in history. It was a major regional seat for the Inquisition of the continent. There is actually a very good museum on the topic I would suggest. Cartagena’s history is much more trade-oriented than political. The city was a major port for slaves during the triangle trade. Similarly, it accepted and sent a lot of ships to and from Spain directly, perhaps explaining its strong Spanish, Italian, and Islamic influences. The histories of these cities varies so much that they actually achieved independence from Spain in different years, Bogota on July 20, 1810, and Cartagena on November 11, 1811. 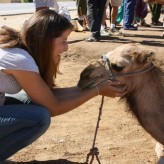 Your Cartagena Cheat Sheet For The Best Of The Best