Every January, something amazing happens in Hong Kong’s art scene. 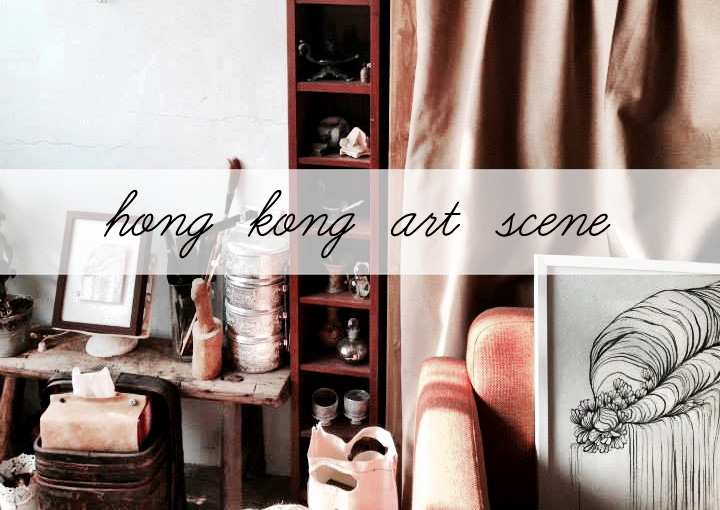 The area surrounding Fo Tan Station is perhaps the loneliest stop on the MTR East Rail Line, which travels up into the New Territories. It is known for its ugly industrial complexes and lack of good restaurants, and hardly anyone ever gets on or off there. In fact, as Hong Kong industry moves into the more cost-effective Mainland, Fo Tan’s warehouses grow more and more deserted. The excess space left by abandoned warehouses, however, has attracted Hong Kong’s local artists since the early 2000s; whole communities of artists have taken over entire buildings, setting up their studios inside the massive cement blocks and transforming Fo Tan’s industrial wasteland into a unique art scene.

Every January, something amazing happens. These hundreds of local artists band together and invite the general public to invade their cherished studios over several consecutive weekends. This event, Fotanian Open Studios, attracts thousands of visitors of all backgrounds, who are then accommodated by guided tours in Cantonese, English, or Mandarin.

The otherwise-deserted complexes lend an eerie backdrop of industrial-sized lifts, dark corridors, and desolate cement surroundings. One’s senses are rattle by the twinge of leftover chemicals in the air and the occasional clanging of rusted chains hanging from the ceiling. The buildings’ blocks even alternate floor-to-floor, so an unwitting visitor could end up quite lost. But this is the appeal: Fotanian is a treasure hunt.

It’s about stumbling upon the rusty locus of an alleged studio (according to one’s map) and experiencing how it gives way to an often-luscious room of color, light, and beauty. These mammoth warehouses house hundreds of pocket-sized galleries that fascinating in their variety and often, the intimate space of the studio is just as interesting as the artwork displayed.  There’s even the chance to talk to an artist about his or her work, gaining insight into the craft of art making itself.

I was warmed by how open and enthusiastic all of the artists were. In fact, one of my favorite parts of Fotanian was how most of the artists usually gave away free posters and post cards featuring their artwork. Some of them even offered free leatherworking, tote-bag printing, painting, and drawing tutorials in their studios! If you’re ever in HK in January, I definitely recommend that you steer away from the museums in Tsim Sha Tsui and give Fo Tan a try.

In his quiet demeanor, Aries explained to us how he always paints from life. He is most interested in painting the interaction between common household objects and light. Although his hand strives for realism, he prefers that his work doesn’t look too perfect, so he uses sandpaper to scrape off and destroy the paint in certain regions of his canvas.

One of the most famous local artists in Hong Kong, Wilson Shieh often brings a democratic flavor to his work. He uses his art to create historical and political narratives. He is known for his contemporary revival of the gongbi style, a classical style of precise, realistic, and colorful ink painting. His gallery displayed some of his most famous works, such as “The Architecture Series,” in which he portrays the iconic structures of HK as females in garments reflecting the buildings’ characteristics.

When we wandered into Lawrence’s studio, the first thing that caught my attention was how his vases were arranged in little pyramid-like piles. Each vase was unique, bearing patina of various colors; the layered glazes cracked and decayed in different places.  We soon noticed that there were also little animal warrior figurines lining his shelves. He laughed and explained that they were for fun. He talked how he had spent some time in Canada, where he liked sculpting fish, which were very popular there.

The influences of dragon bones script and traditional calligraphy run through Hosze’s work, as well as more contemporary influences such as Japanese pop art and anime. She likes delicate brushstrokes, lines, and flowers; she also works with glass, sculpting beautiful, filigree-like glass beads for jewelry and leather accents. She also had the coziest studio I had seen! I was so impressed that I also took home some great decorating ideas! 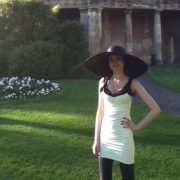 Look Out For These 8 Hong Kong-Based Fashion Designers