Religion for peace and serenity.

Theravada Buddhism is the dominant religion in Cambodia, with as much as 95% of the population classified as practicing Buddhists. Buddhism is based on giving now in order to receive good luck and fortune. Once one passes away, it is said that they awaken after 3 days before they begin their journey to reincarnation. Depending on the behavior in your past life, you can reincarnate into many different animals: a pig, a bird, a cow, a dog. The possibilities are endless. One can only end this continuous cycle once they achieve nirvana, which is gained through earning merit and living the correct way.

At temples, people donate a variety of goods, including meals for monks, incense, candles, and labor in exchange for being blessed. People often travel to the temples, where they ask for a blessing shower from the monk. You will then sit in front of him, he will burn a candle over fresh water, and chant well wishes in the Khmer language. He will then use his tight bunch of wood sticks to lightly splash water on you. People may also hand him valuable items, such as phones and jewelry, for the monk to personally bless.

The religion is diverse, with multiple positions of the Buddha statue depicting the type. There exists the sleeping buddha, the cross-legged buddha, and many more to classify the practice of Buddhism.

Finally, monks are granted a significant amount of respect in society. In fact, there is a different set of vocabulary to use when addressing monks and talking about their daily routine. For example, an everyday person would use the word kang to indicate sleeping; however, when monks sleep it is called somram. When people approach the monks within temples, it is customary to take off your shoes and sit with legs on one side (NOT cross-legged). They are addressed as loak-thah as a sign of respect.

Fun fact: The Cambodian country requires that wherever there is a temple, there must be a framing shrine at the entrance to note that the path leads to a monastery. You will find many gold or silver-plated frames as you’re driving on the streets. In conclusion, the Buddhist religion centers around peace and giving, but there is an entire intricate way of life associated with the religion.

Celine spent 6 weeks in Phnom Penh, the capital of Cambodia. 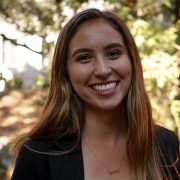 Celine is a student at UC Berkeley, she has often traveled to Cambodia and even conducts volunteering work in Southeast Asia. She is also active as a member of Model United Nations.

The Art Of Cambodian Silk: Boutiques & Designers To Shop At

What Is Cambodian New Year?

SIEM REAP GUIDE: You Siem Reap What You Sew

Learn More About Cambodia Through These 6 Films