There are many reasons why you should get on a plane to Australia but here are our top ten reasons why!

The country is filled with unique sites of natural beauty. Every state boasts some sort of absurd act of nature. From the Great Barrier Reef stretching the coast of Queensland to Uluru in the outback and Victoria’s 12 Apostles, Australia is a country of extreme natural beauty.

Hold a koala, hug a kangaroo, look confused at an echidna and platypus, fight a cassowary, or wrestle a crocodile. Australia is a country filled with adorable, dangerous, and bizarre animals that can’t be found naturally anywhere else on earth.

Australians are friendly, really friendly. They also like to drink, really like to drink. Making Australia one of the best countries in the world to walk into a bar or pub, grab a beer and become best friends with a random person.

As I previously stated, Australians like to drink. Because of this, the country boasts some of the world’s finest microbrews and wineries. From the Barossa Valley just North of Adelaide to the Yarra Valley west of Melbourne, the country produced over one billion liters of wine last year, making it a winos heaven.

Going along with all the great drink, Australia has a huge rising culture for good food and fine dining within its metropolitan areas. Melbourne and Sydney are now established dining powerhouses, famous for their food festivals as well as their restaurants. However, across the country Perth is emerging as one of the world’s trendiest cities as a result of their young population and fantastic eateries.

The quintessential Australian city and first thought that comes into everyone’s mind when thinking about Australian cities. No it is not the country’s capital! But it is everything that you imagine it to be and just as beautiful as it is in the pictures. The opera house, the harbor bridge, the beaches, the sailboats filling the cities various harbors. It is a city of divine beauty and worth the visit.

The world’s most livable city. It doesn’t boast the wow factor of Sydney’s most famous attractions, but it does boast an incredible nightlife, music and art scene, and all around great vibes. It is the kind of city you can explore endlessly, constantly finding new and amazing things. If I had to live the rest of my life in Australia, Melbourne is definitely the place I hope I would end up in.

Many see Melbourne as the present hub of the nation’s tremendous music scene. But the entire country boasts fantastic festivals and musicians of all genres. This summer festivals like St. Jerome’s Laneway Festival, Splendour in the Grass, Falls Festival, and Stereosonic are bringing some of the world’s and Australia’s best artists to beautiful venues across the country. Currently there are extremely popular EDM and alternative music scenes growing across the country and spreading through the rest of the world represented by DJs like Flume and Will Sparks and musicians such as Tame Impala and Empire of the Sun. However the country also has rising hip-hop, jazz, and classical music scenes present in its major metropolitan areas.

Given the country’s size and location, each state provides very unique environments, making it a great place to travel around backpacking, camping, and rock climbing. From the desolation of camping in the outback to roaming through the world’s oldest rainforest in Queensland to trekking the Tasmanian countryside or climbing the snowy peaks of Mount Kosciuszko. Australia is one of the world’s only countries that can provide a camping trip that offers almost every type of landscape and climate available in some of the world’s most unique and stunning outdoor settings. 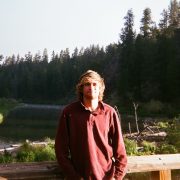 How To Find Initial Accommodation When Moving To Australia

OCEANIA TRAVEL GUIDES: The Smallest Continent In The World

5 Swanky Restaurants In Sydney Worth The Splurge

A Sports Fans Guide To Melbourne