Follow my five stages circuit which will take you from Asilah to Al Houceima. Yallah!

Morocco is full of stunning landscapes waiting to be discovered. The south of the country is often the most visited by travelers looking for a complete change of scenery. The sand dunes that stretch as far as the eye can see, the Kasbahs, vestiges of ancient times are living proofs of the excellence of Berber architecture. All these reasons make travelers choosing to escape into the Ocher side of the country. However, the Sherifian Kingdom doesn’t only have a Saharan identity, the north of the country is a region of unheard-of beauty that counts cities like Chefchaouen, also called the Blue Pearl and ranked 6th most beautiful city in the world in 2016 by Condé Nast Traveler, and Asilah, a true paradise for photographers who’ve been classified as a “national heritage” in Morocco.

I’ve spent most of my vacation in northern Morocco, so I was able to discover the five most incredible cities in the region. You haven’t booked your next travel destination yet? Follow my five stages circuit which will take you from Asilah to Al Houceima. Yallah!

Located about forty kilometers from Tangier, Asilah is among the most authentic destinations in the mediterranean side of Morocco. Its mild climate and its Western and Arab-Andalusian architectural heritage attract artists from all over the world.

Peaceful and serene for some, magical and majestic for others, Asilah has always exerted a singular seduction on the artists. Its narrow streets, whitewashed houses, blue doors and small coral stalls contributed greatly to its success.

In 1978, two Moroccan artists, Mohammed Benaissa and Mohammed Melehi, helped change the image of the city by turning it into a pile of ruins hidden behind old walls in an open gallery. Thus, during the Cultural Moussem of Asilah, the city is decorated with works of renowned artists: Richard Dana, Sylvia Gussman etc. The revenues from this festival helped finance the rehabilitation plan of Asilah, which earned him in 1989 the Aga Khan Award for Architecture.

‘You can be anyone in Tangier. You can remake yourself, rewrite your backstory, reform or deform, indulge your subconscious, cultivate nemeses or simply start anew,” says Josh Shoemake in the opening of his book Tangier: A Literary Guide for Travellers.

With its beauty and international status, the mysterious city of Tangier, has been the refuge of many personalities since the 1920s. Among those who succumbed to the charm of the city, Walter B. Harris, a famous writer and correspondent for London Times. Indeed, this one settled in Tangier around 1900 and built there a jewel of the architecture of the city, Villa Josephine.

What you should absolutely visit in Tangier: the caves of Hercules, natural caves located about ten kilometers from the city. Dar el Makhzen Palace which was the former residence of the pashas of the city, and the museum of the Kasbah of Mediterranean cultures, an inescapable patrimonial place and an important part of the Mediterranean collective memory.

Tetouan is certainly one of the most beautiful cities in the Maghreb. Its medina was listed as a UNESCO World Heritage Site. It is a place where you can buy everything that comes to your mind, from Spanish army breeches to the press of the time, fresh fish, wooden doors …

But don’t simply visit the souks, even if it’s lively, colorful and typical, try to win the shady and secret part of the medina, the one magically gilded at the minutes of the setting sun.

Also called The Blue Pearl because of its white buildings whose windows and doors are painted in blue, Chefchaouen is located in the heart of a region full of natural assets. The photographers as well as the enthusiasts of mountaineering, tree climbing, trekking, paragliding and nautical surfing will find there as well as lovers of craft products, including tapestry and jewelry and folklore.

Since Al Hoceima is a coastal city with a Mediterranean climate, most activities are concentrated around the sea. I recommend the following five beaches: Quemado, Rmod, Maktoâa, Calabonita and Isri. 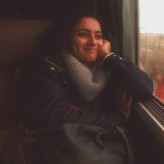 Asma is a French-based Moroccan and Digital Marketing Product Manager. France is where her heart belongs; she loves traveling to expand her horizons and embrace the essence of each culture.

What Are The Historical Facts About Morocco?