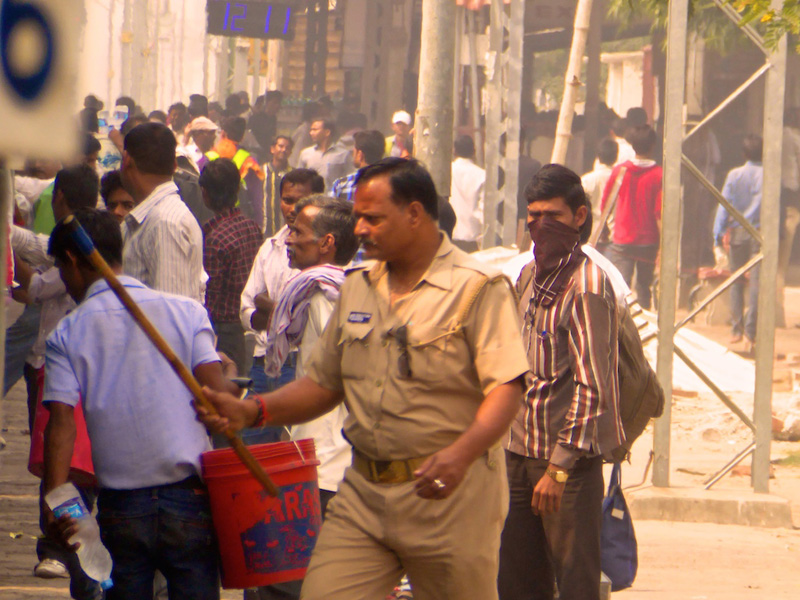 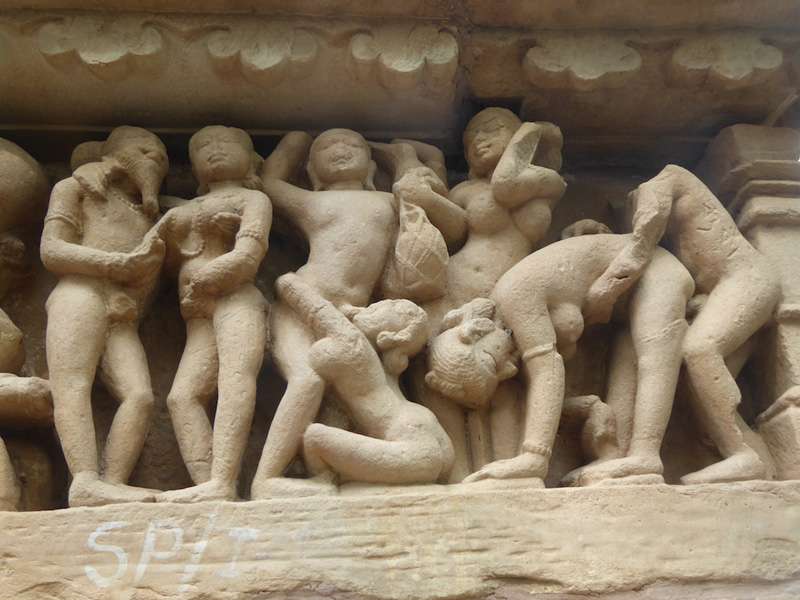 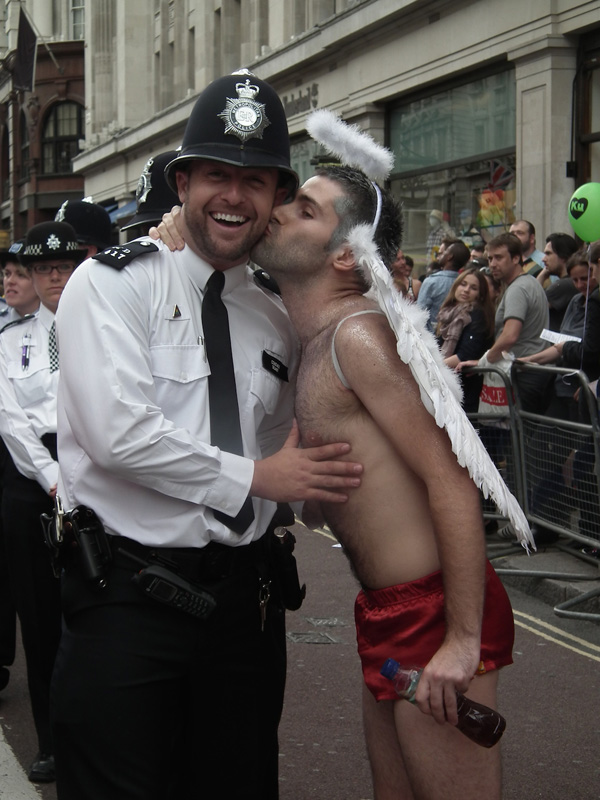 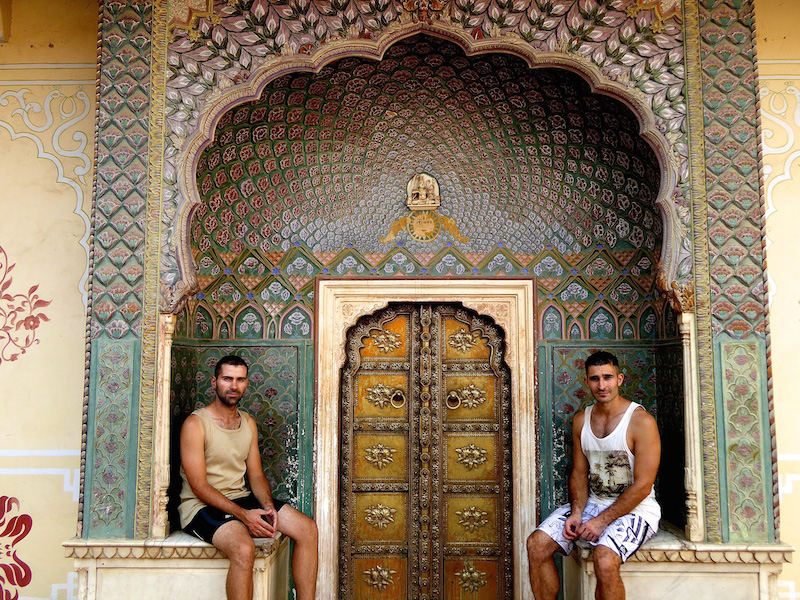 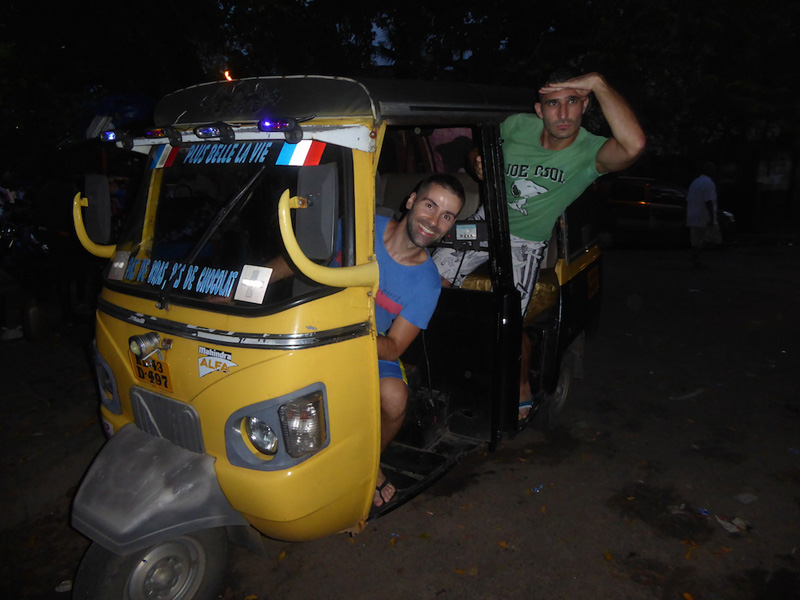 Seb & Stef at the Taj Mahal in Agra.

The Nomadic Boys heading to the gay party in Delhi.

Despite having made much progress around the world for the rights of Lesbian, Gay, Bisexual, Transgender, Queer and other non-gender conforming individuals, there are still many places in which LGBTQ+ communities lack protection and are treated as second class citizens. There remain more than 76 countries in the world where being homosexual is criminalized by the law and in 10 of them same-sex activity is punishable by death. LGBTQ+ identified travelers don’t have the same privilege of visiting, going on honeymoons, planning family vacations and expressing themselves wherever they go in the world as heterosexual travelers do.

The experiences of LGBTQ+ identifying travelers while on the road are diverse and often mingled with complications and difficulties. That is why Jetset Times will publish a series featuring various LGBTQ+ travelers and their personal travel experiences and advice. We at Jetset Times commend all LGBTQ+ individuals who are brave and determined to explore the world, despite the fact that there are many places that still discriminate against them for their gender identify and sexuality.

First to be featured are Stefan and Sebastien of the gay travel blog, Nomadic Boys, who were kind enough to share their experience in India. Stefan and Sebastien are a super-hot, adorable gay couple from London, who share lots of awesome travel advice for other gay travelers on their blog. Be sure to check out Nomadic Boys if you’re a gay traveler with any doubts, questions and worries about traveling to a specific destination!

That time we were almost arrested for being gay in Delhi

Just when we were looking forward to dressing up with pretty saris and taking cheesy selfies with the Delhi gay boys, we unfortunately found out that *gayness* is illegal in India.

We traveled through India in 2014 just after the Indian Supreme Court reintroduced the archaic Article 377 of the Indian Penal Code 1861 back into law.

Article 377 is a very old law dating back to the British Colonial years in India, which criminalizes sodomy with up to 10 years in jail. Although there is progress as the Supreme Court recently announced it will review this decision, being gay in India remains illegal.

Whilst we couldn’t find any evidence Article 377 being enforced, its very existence is a symbolic slap in the face to the LGBT community.

We interviewed a gay Indian couple on our blog anonymously who said that Article 377 is used by the authorities as a validation for all sorts of bullying and harassment of the LGBT community, in particular by the Indian.

We experienced this first hand in Delhi.

We set out to find a gay club/party to celebrate our friend’s birthday. As gay is illegal in the country, there are no openly gay hangouts and everything is underground. Grindr is one of our favorite gay travel apps, simply because you can use it in countries like India to tap into and connect with the local gay community to make friends. Using Grindr, we were able to tap into “the scene” and discovered the venue of that week’s party: “Knight by Castle 9” at Connaught Place in central Delhi.

So, dolled up and ready…we hit the town.

The gay party itself was a lot of fun. It was heaving full of Delhi locals, grinding away on the dance floor. You could almost feel the suppressed sexual tension in the air.

Just as we whipped out the selfie sticks to start capturing the evening, a burly bouncer quickly took us aside and politely asked us to avoid all photography – apparently it’s strictly prohibited, to protect people’s identities.

Then, at around 1am, the music stopped. All the lights went out, window blinds pulled down and we were asked to stay in the club, stay silent and under no circumstances leave the building.

The police had arrived.

Everyone in the club was very blasé about it – they were used to it. This happened at almost every party.

We were of course freaking out – spending a night in an Indian cell? Dealing with Embassies/Police… all sorts of thoughts entered our head.

Our Indian friends reassured us, explaining this is common at all their underground gay parties. The policemen were just looking for a bribe from the promoters and would leave everyone else alone.

This is just the way it had always been.

We waited for around 20 minutes. At one point one young guy tried to leave through the back door, but the burly bouncer actually hit him and told him to wait inside to avoid antagonizing the police.

Eventually the policemen’s bribes were settled and we were all asked to leave via the back door one by one and go straight home.

No one got hurt. No one was arrested. And most shocking for us, nobody seemed to care! This was all part of an average gay night out in Delhi.

But we were in utter shock! As we left we stared into the eyes of the 2 policemen outside, wondering how they must have felt… ‘Nice way to finish the day’s work…easy income earner’ or ‘can’t wait till next week’s party, let’s see how much we can get out of them then!’ or ‘why’s that faggot foreigner looking at me?’

This would never in a million years happen to us in London! Any police presence in a London club would be to protect us from something not for a bribe! Our Police even have their own float at London Pride and let us kiss them and take silly photos with them. We were just shocked that in India, the very people who are supposed to protect you are instead the ones you have to bribe to leave you alone.

Then we remembered, the Indian law as it stands now pretty much lets them get away with this.

We truly hope the Indian Supreme Court takes the initiative in its review of Article 377 to make the correct decision and repeal it once and for all!

Does this mean gay travelers shouldn’t head to India?

On the contrary! As a foreigner you will be quite safe – no one wants embassy issues, least of all the police.

But going there as a gay traveler you would not only be helping to raise awareness with everyday folk that gays are like any other person, you would also be supporting your local sisters in the country.

And let’s face it, India has the potential to be very gay. Men openly hold hands in the streets (it’s a Hindu thing) and have you SEEN some of those temple carvings at Khajuraho…bum sex, 69ers and bestiality a plenty!

Watch our travel adventures in India:

Nadia reps Team JST traveling the world in search of exclusive features and online via JST's social media platforms. You can find her exploring metropolitan cities or lounging on tropical beaches.