Sitting comely and courtly beside Les Invalides (buildings relating to military history of France,) is Musée Rodin, formerly known as Hôtel Biron, a gorgeous estate that Auguste Rodin designated as a place to store his collections to the public. Rodin was great at public relations for his time, he negotiated with the French Estate to transform his workshop into a museum that would showcase his most famous works. “The museum exists here today because of him!” Clémence Goldberger, Head of Communications of Musée Rodin, exclaims, “It was him who decided on this location, to ask the French Estate for this hotel, to allow his work to be displayed to the public someday.” Today, more than 700,000 people, locally and internationally, pay visits to the place where Rodin once lived.

Although there are Rodin’s works presented in museums in some major cities in the United States, such as: Philadelphia, Boston, San Francisco, New York City (Metropolitan Museum); 35% of the Musée Rodin’s annual visitors comprise of Americans, who come to the museum during their temporary stay in Paris for the magic. “It’s the ambiance. People want to feel the magic in the building, they know that Rodin chose this place, and that he, in fact, did live here.”

Opened in 1919, Musée Rodin in Paris houses 6,600 sculptures, 8,000 drawings, 8,000 photos and 7,000 art objects that were personally created by one of the greatest artists in art history. Despite numerous fabricated works that exist all over the world, surmoulage (copies of bronzes) can still be easily detected by experts. “There are sculptures made of the same mold,” Clémence notes, “but we have experts who can detect precise difference between the real and the fake. Rodin’s precision can’t be replicated.” And people arrive at Musée Rodin, clearly not for the fabricated artwork, but to inhale the graceful setting that Rodin once perceived as the ideal location for his inspiration and to work long hours completing much sought-after pieces.

Rodin was born in Meudon, France in 1840. Like many artists during his time, he was not recognized for his talent and marvelous work until later in his career. Known for his precision and intricacy with clay and molding, he never attended the highest-acclaimed art schools in Paris during his time. His works are comprised of series of climatic themes: mythology and realism. Often times, when his works were exhibited in World Exhibitions, they were considered as too provocative or enigmatic. At one point, Rodin lived in Belgium, after his school years, he commenced a series of The Age of Bronze, inspired by then celebrated, Michaelangelo. Rodin often studied Michaelangelo’s work and combined his observations with a personal perception of human nature. Creating his artwork merely from candlelights, he grasped the ability to capture man’s human structure against light and shadow. Although controversial for his time, Rodin began to capture the internal struggle of a man in its meditative state.

Soon, works such as The Gates of Hell and The Thinker came to life, possibly not as fully appreciated at the time, but widely acclaimed in today’s society. “The Thinker has become an international icon,” Clémence explains, “it’s similar to what the French say, ‘I think, therefore, I am.’ (je pense donc je suis) It separates humans and animals. It’s what The Thinker articulate. It’s a reflection.” The Thinker has become a philosophy, a symbol embedded in the French culture. “It’s almost as if it’s speaking of the future of its time,” Clémence continues, “it’s just like the Mona Lisa, people come from all over the world to see the painting in Le Louvre.”

Rodin once said, “Nothing…is more moving than the maddened beast, dying from unfulfilled desire and asking in vain for grace to quell its passion.” From The Thinker, to The Walking Man or Gates of Hell (where he depicts Dante’s inferno,) Rodin’s legend lives on for the juxtaposition, conflict, or the consolidation of human emotions and the debate with physicality. He was, very much so, ahead of his time; realizing the internal struggles that we, as humans, encounter on a daily basis. We may now have labels for what triggers within us, Rodin expressed his vision through clay transformed into infamous masterpieces.

Today, art museums and galleries sprinkle throughout Paris, inspiring millions of tourists and local Parisians. One would think that the French appreciate art history deeper than other nationalities, but Clémence contests, “I think it’s almost that we’re given more of a chance to be exposed to it. There are references everywhere in our culture: on our televisions, part of our dinner conversations. It’s part of our public education as well. And in our education, there’s a favoritism toward people who understand and appreciate art. But Paris is also not France, it’s very different.” Infinite art exhibitions in Paris cannot be generalized as the true representation of the entire country.

Nonetheless, with 700,000 visitors per year at Musée Rodin – one of the most elegant estates sitting calmly within the bustling city of Paris; one can only imagine that Rodin is watching over the scene, pleasantly content that his collections are graveled upon. The Thinkers continue in their pensive states, inspiring millions who identify with Rodin’s prodigious treasures.

Planning a trip to Paris? Pay a visit to Musée Rodin. 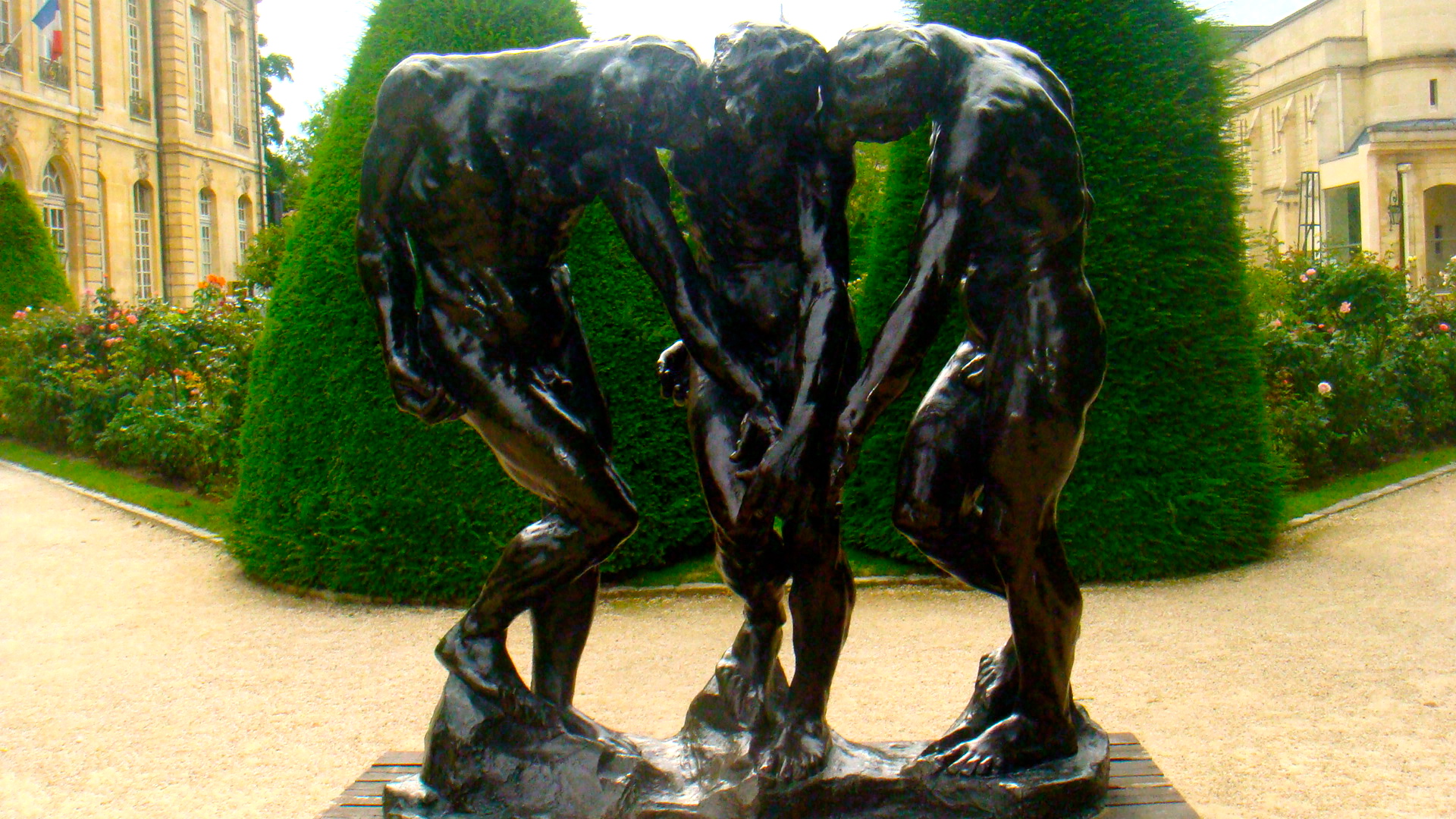 Behind The Scenes: Musée Rodin, The Thinker Within The Traveler